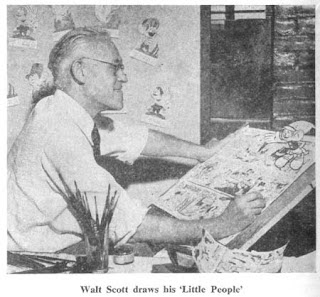 I am Walt's great grandaughter; it was a lovely surprise to stumble across this today. My father has most of his first run work and several paintings; as well as some draft work, but I'm always looking for stuff on Ebay, hoping to pick it up. I'd never read this article before today, it was a real treat. I'm an artist myself (of other mediums)- had it not been for Walt, I would have sworn I was adopted ;)

Thank you for sharing this, and keeping the spirit of his work alive. xoxo