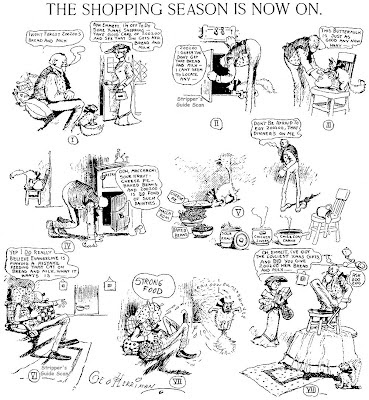 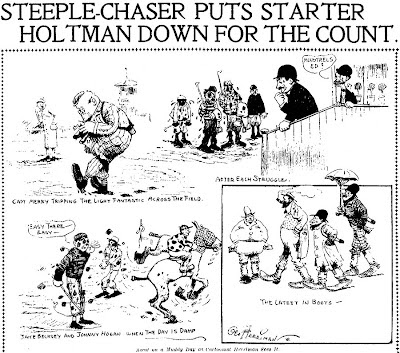 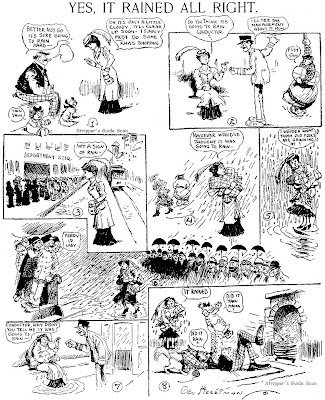 Here we go with Zoo Zoo, Herriman's first continuing comic strip for the LA Examiner. Not only an early Herriman (quasi-) daily, but starring a cat! Though Zoo Zoo is relegated to a spear-carrier part in the second strip, the kitty will regain its starring role in the next strip. In case you don't follow the gag in the second strip, Evangeline's dress is shrinking in the rain. A woman showing an ankle in those days was well worth an ogle-fest from the menfolk.

These cartoons appeared in the LA Examiner on December 10 through 12 1906.

Comments:
Now we know how the Krazy Kat strip evolved. Thanks for all the work you have done. charlie