Obscurity of the Day: The Burtons 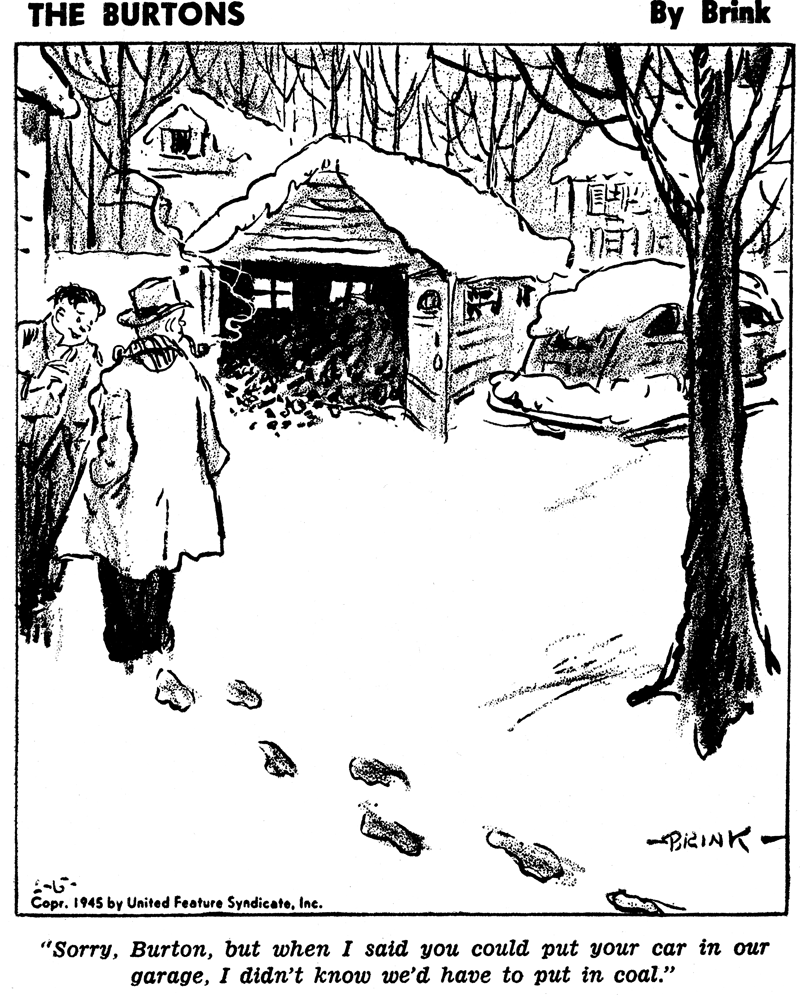 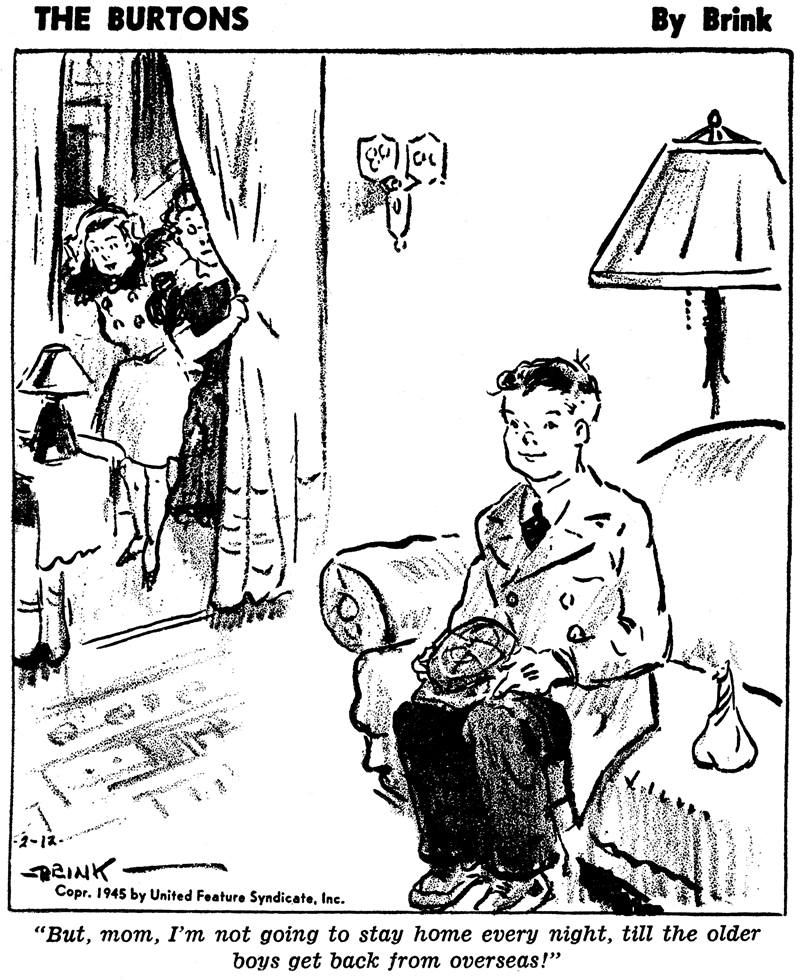 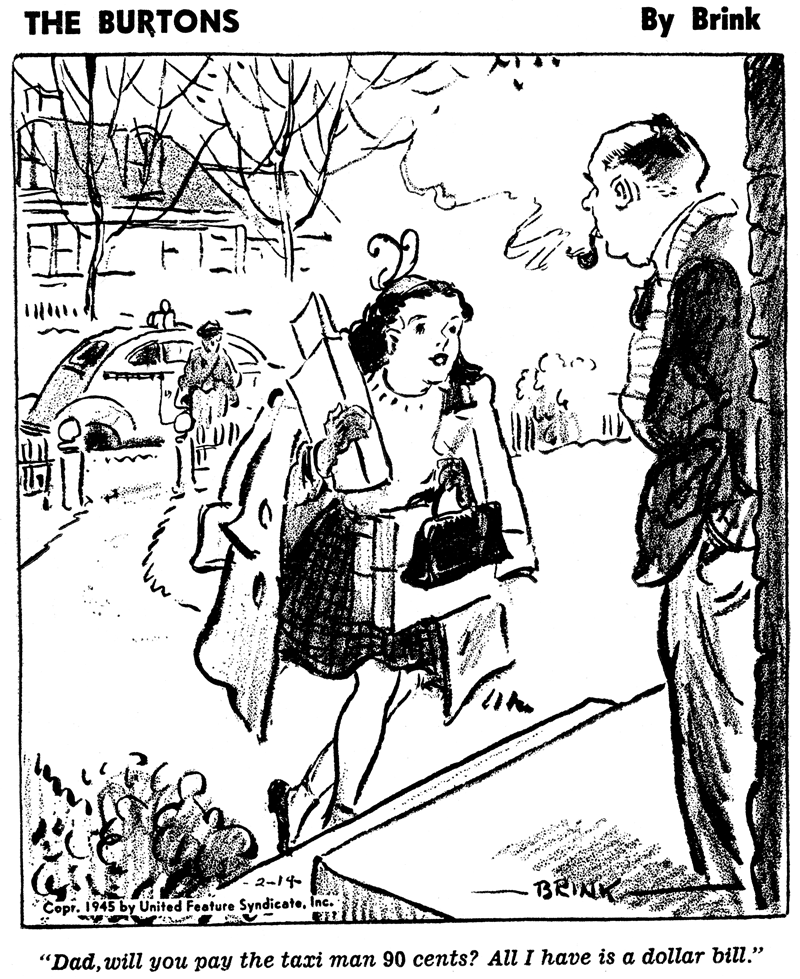 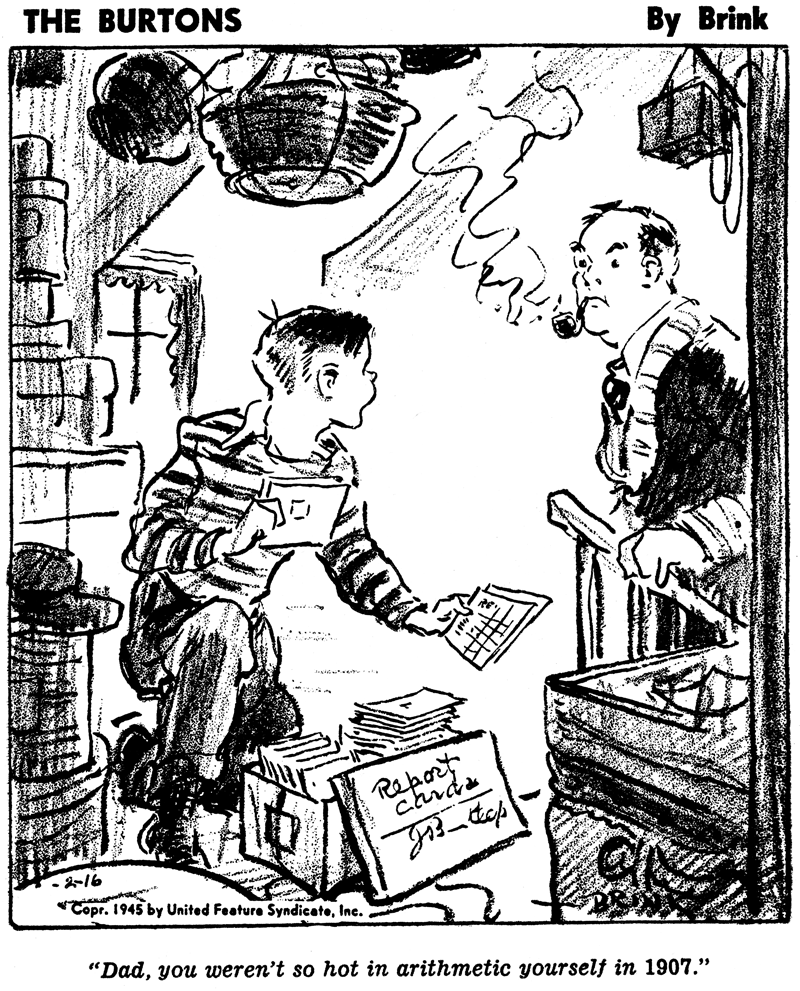 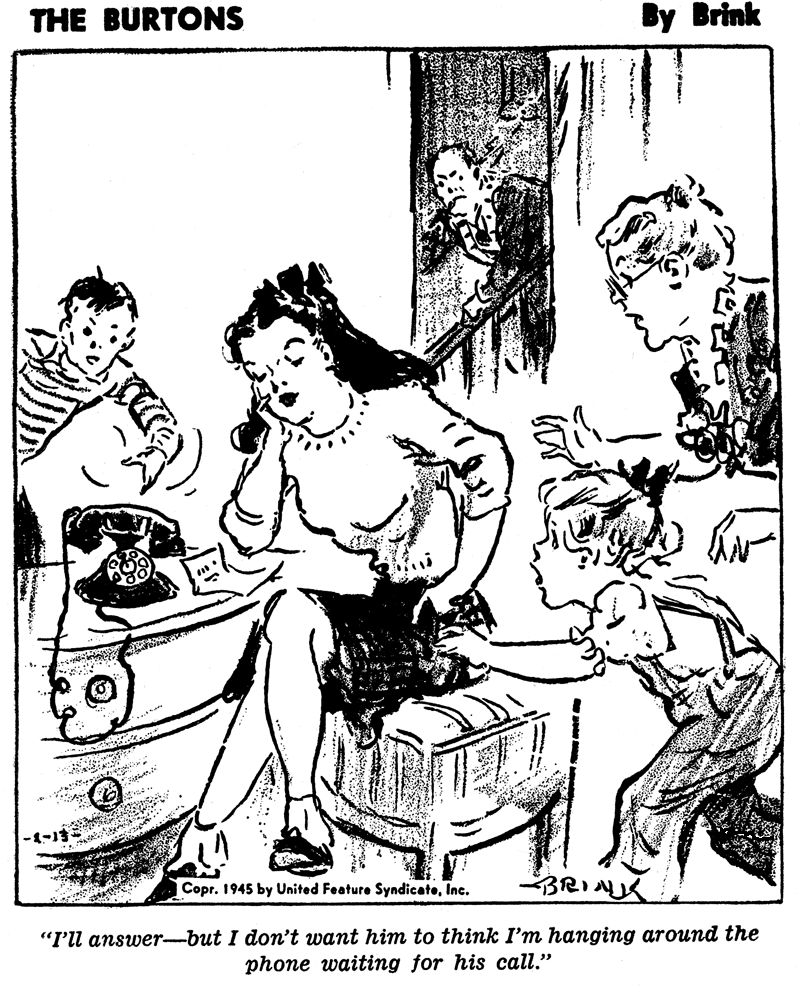 In 1944, Denys Wortman, the highly regarded cartoonist of Everyday Movies, fell ill and was unable to produce his daily panel cartoon. United Feature Syndicate decided to create a new panel as a temporary substitute, and offer it to clients so as not to lose his space. That panel was The Burtons, penned by United Features stalwart R.M. Brinkerhoff. Brink (as he signed this feature) was the creator of Little Mary Mix-Up, a Pulitzer/United Feature strip about a precocious little girl that had been chugging along with a decent but not impressive client list since 1918.

Brinkerhoff probably saw United's offer to create a new panel cartoon as a great chance to try out a more modern, relevant feature. While Little Mary Mix-Up had tried to keep up with the times by introducing continuities and light adventure, it just couldn't seem to break out of seeming old-fashioned. A lot of that had to do with Brinkerhoff''s art, which got the job done but certainly didn't impress anyone.

If The Burtons was Brinkerhoff's attempt to break out of his shell, I guess he needed a bigger hammer to crack that egg. The art was fussy, certainly no better or more stylish than on Little Mary Mix-Up. The subject family of the panel was a cast of tired cliches acting out gags that sound like klunkers Brinkerhoff cribbed from the Fibber McGee and Molly show.

When Wortman recovered enough to come back to the drawing board, he resolved not to push himself too hard, and brought back Everyday Movies at a reduced frequency of three times per week*. United stuck with The Burtons, offering it to Everyday Movies clients to fill out the other three weekdays. Evidently not many papers were impressed with The Burtons, because I cannot find it running anywhere after early March 1945, and I have yet to find a paper that purchased it to run as anything but a substitute for Everyday Movies.

* Wortman seems to have returned on October 21 1944, but some papers ran his panel sporadically for months before then (a mystery I have not yet solved).