In 1880, Williamson, his mother, a dress maker, and her brother, John Hughes, resided in Chicago, Illinois, at 251 Western Avenue. Specific information about Williamson’s education and art training has not been found. The Lakeside Annual Directory of the City of Chicago (1887) had a listing for a “Williamson Arthur, engraver, bds. 104 Aberdeen”.


The Daily Inter Ocean (Chicago, Illinois), December 22, 1894 had an advertisement for its Sunday Christmas issue with two full-page illustrations by Williamson.

The Daily Inter Ocean, August 26, 1896, announced a new series to illustrated by Williamson.


Mr. Porter’s Letter.
The Inter Ocean prints today the first of a series of articles by Robert P. Porter. These articles will be profusely illustrated by Arthur T. Williamson, the well-known artist of Chicago. Mr. Porter, with his artist, has been commissioned to take a rapid run through the industrial regions of the West and Northwest and find out as far as possible the conditions with which trade, commerce, agriculture, and manufacturing are at present confronted, and faithfully report the same for the benefit of the readers of this journal. These articles will only deal with facts, and the illustrations, which will be of the best quality, are intended to add to their popularity….

…Mr. Porter and Mr. Williamson are now on a tour of the Northwest. They will visit the lumber and iron ore districts and make inquiry in the principal cities of Illinois, Wisconsin, and Minnesota, and on returning to Chicago will take up the same line of work in Iowa, Nebraska, and Kansas….

According to the 1900 census, Williamson’s address 3341 63rd Place in Chicago. His family included his wife, son, step-daughter and mother. Williamson’s occupation was designer.


De Witt Williamson, aged 8 years, died in Chicago, Wednesday, January 2, 1907, from diphtheria. He was the only son of Arthur T. Williamson and wife. Mrs. Williamson was formerly Miss Bessie Soper, of this city. They have two daughters left, both of whom are down with the same disease. Their many friends here extend sincere sympathy to them in their hour of affliction, and hope that the children now sick with this dread disease, may recover.

Chicago business directories for the years 1903 to 1905 listed Williamson’s occupation as designer and address at 325 Dearborn. The 1909 directory said he was an artist in the Athenaeum Building at 26 Van Buren. 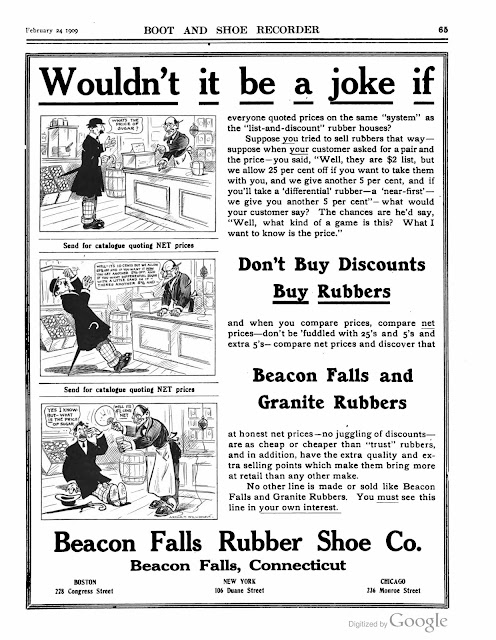 Williamson’s drawings of women appeared in the Inland Printer on September 1909; February 1910; and April 1910.

In the 1910 census, freelance artist and illustrator Williamson, his wife, daughter and mother resided at 3249 63rd Place in Chicago. Williamson’s studio was located on Van Buren in the 1910 to 1912 directories. The 1914 directory listed his studio at 537 South Dearborn.

Williamson illustrated the serial, My Lady of the North, which was published in 38 chapters in many newspapers including the Willmar Tribune (Minnesota).


Here Are the Lucky Dits

“The Lucky Dit” is a statuette in art bronze, grotesque in figure but benevolent in aspect and occult in its powers. It was designed by Arthur Williamson, a Chicago artist, and its presence is

Arthur Williamson, Chicago artist, and its presence is said to bring good luck to its owner, and it is guaranteed to be an expert gloom chaser.... 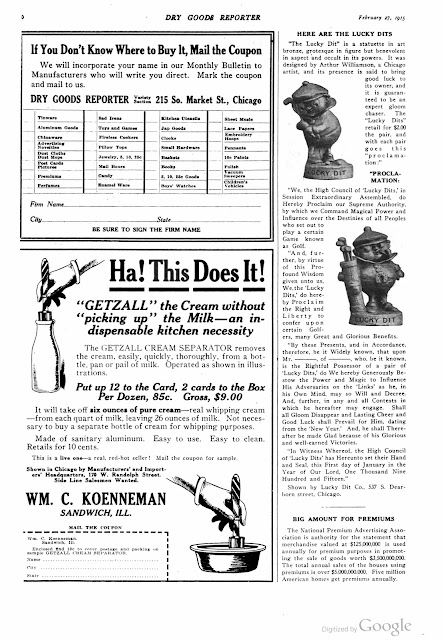 Williamson’s home address remained the same in the 1920 census which said he was a magazine illustrator. The status and whereabouts of Williamson and his family after the census are unknown. Two of his paintings can be viewed here and here.