Arthur T. “Crite” Crichton was born in Canada in February 1863, according to the 1900 U.S. Federal Census, which also said he emigrated in 1881. Subsequent census records have his birth year ranging from 1864 to 1870. The 1930 census had Crichton emigrating in 1872, while the 1925 New York state census had the year as 1892. The names of his parents are not known. Information regarding Crichton’s education and art training has not been found.

So far the earliest record of Crichton in the United States is an 1886 Kansas City, Missouri, city directory, which listed his residence as 205 East 6th Street. He was an artist with the weekly newspaper, King’s [Illustrated] Life.

The following year, Crichton resided at 530 Cherry Street, Kansas City, and was employed at Dickson & Brotts, whose partners were artist Emmett Henry Brotts and H.W. Dickson. Dickson & Brotts was located at 503 Delaware.


Arthur T. Crichton of this city has accepted a position as staff artist on the Denver Republican and leaves to-night for the latter city. Mr. Crichton, though a young man, has made quite a reputation for himself in the way of illustrating and has worked at times on the papers here, being connected some time since with the News.

An 1890 Denver city directory listed Crichton at 1517 Arapahoe and an artist at the Republican newspaper.

Crichton returned to Kansas City as reported in The Inland Printer, August 1890: From Kansas City, “…Arthur T. Crichton, who has been staff artist on the Denver Republican for the past year, has returned to the city.

Crichton’s talent was noted in the Brown County World (Hiawatha, Kansas), May 29, 1891: “Arthur T. Crichton, of Kansas City, is winning a place as one of the foremost illustrative artists of America.”

At some point, Crichton moved to Boston. An 1892 city directory had his residence at 54 Chandler and occupation as a Boston Post artist. When he moved to St. Louis, Missouri is not known.

A St. Louis city directory from 1895 said Crichton was artist at the Chronicle and resided at 1436 Mississippi Avenue.

Crichton was a Philadelphia resident according to the 1900 census. The artist’s address was 2501 32nd Street and was married, but his wife was not listed.

The St. Louis Republic (Missouri), December 2, 1900, published an article describing how cartoonists work on a cartoon:


Arthur Crichton of the Philadelphia Record also worked at one time in St. Louis, and his favorite attitude was to straddle a chair and spread himself over his work as much as possible. Crichton loves freedom, and is its ardent advocate at all times.

In 1904, Crichton produced three strips: Sandy McDonald and Wee McIntosh and Merely a Matter of Monkey Shines for World Color Printing; and Boastful Bob for the New York Herald.

Crichton contributed two drawings to Bohemia which was published in Philadelphia in 1904. 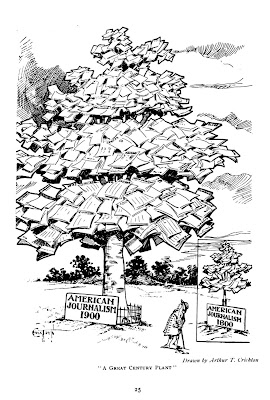 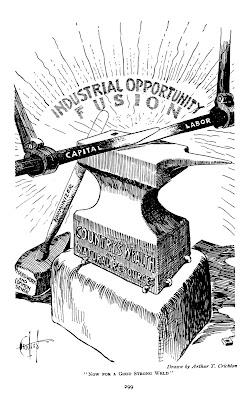 Eventually, Crichton left Philadelphia for New York City. The 1905 state census recorded him and his wife at 210 19th Street. The New York, New York, Marriage Index, at Ancestry.com, said he married Alice McFall on October 8, 1904 in Manhattan. The status of Crichton’s first wife is not known.

While working in New York, Crichton maintained ties with Boston and Philadelphia. American Newspaper Comics said Crichton created Little Growling Bird in Windego Land, in 1906, for the Philadelphia North American. In 1907, Crichton’s Naughty Gnome was for the New York Herald. For the Boston Herald, Crichton produced three strips: Swapping Silas Comes to Town, in 1906 then revived in 1908; The Giddy Goblins–Hans and Hassan in Fableland and John E. Onthespot or Almost a Hero, all in 1908. Press Publishing (New York World) presented Crichton’s Bud and Sis—The Hoodoo Kids in 1910. 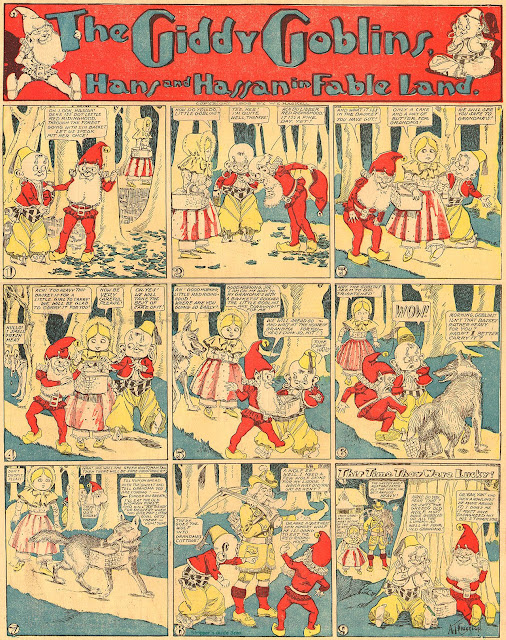 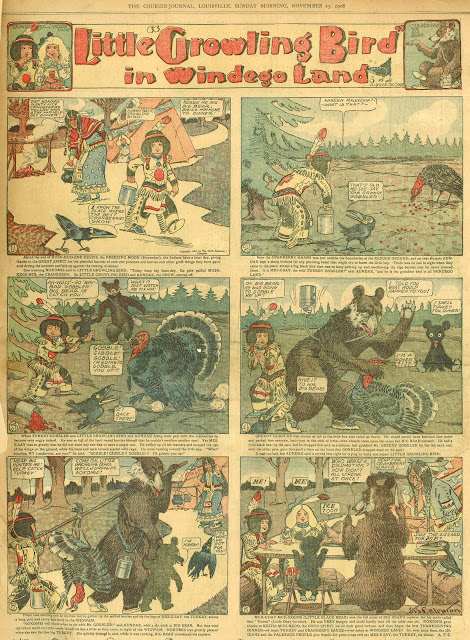 Crichton was a Manhattan resident in the 1910 census. The self-employed landscape artist and his wife lived at 55 East 20th Street.

Crichton found work in animation. His role was covered in The Moving Picture World, April 29, 1916:


Pat Sullivan’s Cartoon Score.
Pat Sullivan, cartoonist creator of black-faced Sambo of newspaper fame, has fashioned a number of animated cartoons for Universal, which have excited much favorable comment. All of these split-reel subjects have to do with the adventures of Sammie Jonsin, the character created by Mr. Sullivan, when he was connected with the McClure Syndicate. The artist believes that drawing for reproduction on the screen is totally apart from the older profession. He has no patents and no exclusive method. Supplementing his knowledge of cartooning is just plain hard work and a fertile imagination, together with an insight into the technique and tricks of the motion picture camera. Prominent on Mr. Sullivan’s staff is Arthur T. Crichton, a cartoonist formerly employed on several metropolitan dailies. Mildred Walker is another artist whose work Mr. Sullivan is exploiting. The first of her animated drawings will appear shortly.

In a 1914 directory, Crichton resided at 352 West 31st Street. The same address was in the 1920 census, which said he was a magazine illustrator.

Crichton was an alien Brooklyn resident in the 1925 state census. His home was at 256 Woodbine Street.

Crichton remained in Brooklyn, at 488 Fourth Street, in the 1930 census which recorded the newspaper writer as a naturalized citizen.