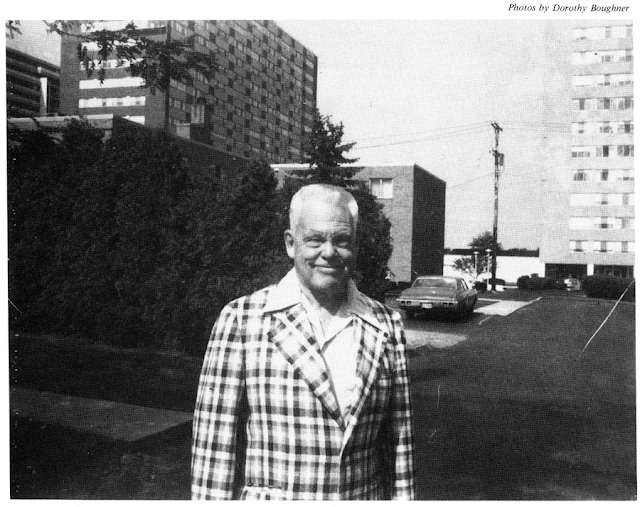 Howard Robert Boughner was born in Cadillac, Michigan, on December 16, 1908, according to the Social Security Applications and Claims Index at Ancestry.com.

In the 1910 U.S. Federal Census, Boughner was the youngest of three children born to Robert, a railroad conductor, and Emma. The family resided in Cadillac at 205 East Bremer.

In 1920 the family of five had moved a few blocks to 492 Crippen Street. Boughner continued to live with his parents at the same address in the 1930 census.

American Newspaper Comics (2012) said Boughner assisted on Dumb Dora in 1934. According to Who’s Who, Boughner was on the staff of the Newspaper Enterprise Association (NEA) from 1936 to 1946. When Irving S. Knickerbocker left his strip, Mac, Boughner continued it from November 9, 1936 to September 22, 1941. Boughner did the same thing on Clyde Lewis’ Hold Everything in 1944. Boughner drew three Christmas strips penned by Hal Cochran: Bobby’s Christmas Dream (1938), Peter and Polly in Toyland (1939) and Santa’s Secrets (1940).

On July 1, 1938, Boughner married Dorothy Peterson, a stenographer. At the time Boughner lived at 2802 Colburn Avenue, and Peterson at 1028 Galewood Drive, as recorded on the Cleveland, Ohio marriage certificate.

The 1940 census recorded Boughner, his wife and sister-in-law in Cleveland at 1028 Galewood Drive. His occupation was newspaper syndicate cartoonist. Boughner also produced material for Fawcett comic books from the mid-1940s to early 1950s. 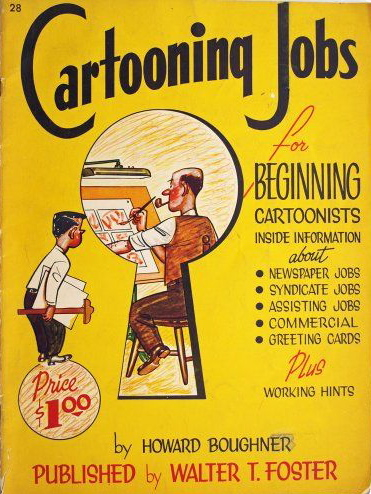 American Newspaper Comics said Boughner was an uncredited writer of Freckles and His Friends in the 1960s. He also assisted on Penny, created by Harry Haenigsen, from 1968 to 1969. For the Allied Feature Syndicate, Boughner created Mrs. Bee the Working Wife, which debuted April 10, 1967. The Plain Dealer, May 30, 1957, said: “Mrs. Boughner is the woman behind the new cartoon, ‘Mrs. Bee’….Although the real Mrs. B. is a medical secretary at Mt. Sinai Hospital, the comic ‘Mrs. Bee’ will assume many different occupations.” The Plain Dealer said Boughner was a ghost writer on Nancy. 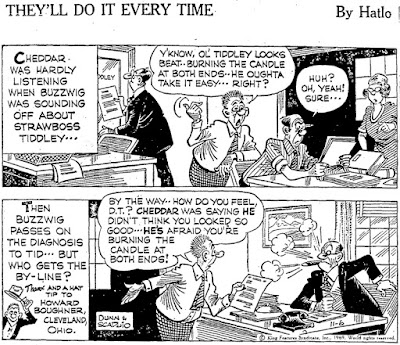 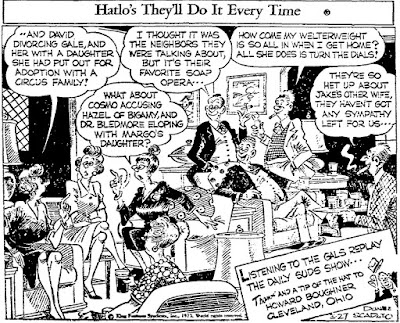 The Plain Dealer said Boughner passed away June 23, 1990, at his Lakewood, Ohio home. He was survived by his wife, two sons, a daughter, three grandchildren and a sister.

Comments:
Howard and Dorothy Boughner (my parents) married on JULY 1, 1938, not June.