Obscurity of the Day: Around the World in Thirty Days 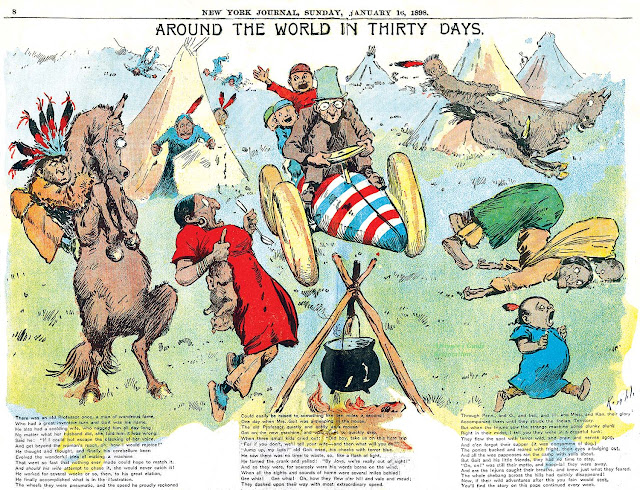 In the late 1890s, the great illustrator/cartoonist E.W. Kemble produced several series for Hearst's New York Journal. One of his series, Around the World in Thirty Days, took its title very seriously, and only appeared in the Journal's comic section for a mere month -- from January 3 to February 6 1898.

In this series, Kemble shows how far we've come from Jules Verne's 1872 mark of 80 days to make a circumnavigation. With the newfangled automobile, specifically Mr. Doit's candy-striped super-duper model that can manage 10 miles per second (!), the same stunt can easily be accomplished in less than half that. Along the way, Kemble gives a master-class in expressive drawing, and his customary highly un-PC takes on the non-white races.