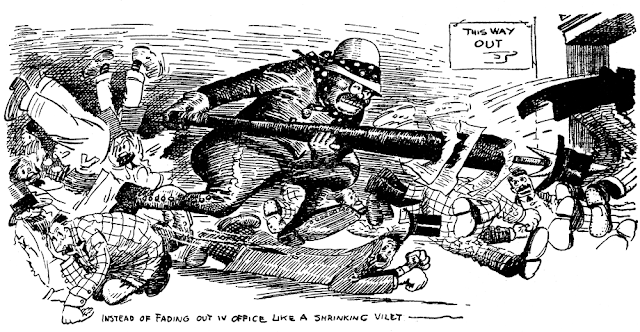 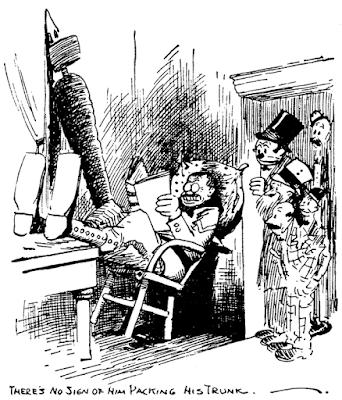 February 7 1909 -- Finley Peter Dunne, the political humorist who wrote his famous "Mr. Dooley" articles in an imitation of working-class Irish-American dialect, does a piece on the end of Theodore Roosevelt's final term as President for the Sunday papers. Herriman is called upon to illustrate the essay with the three cartoons above. As far as I know, Herriman's cartoons were not distributed along with the articles nationwide, but were only used in the LA Examiner.