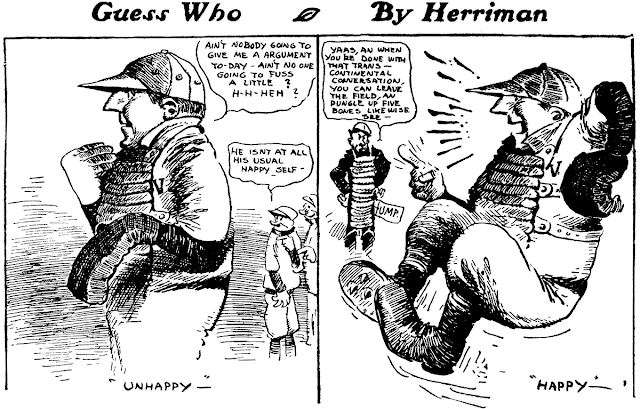 Is there anything you can do about all the Sharon Sim comments, I hope? They truly are annoying.

Also, it would be quite helpful if there were someplace on your site where there was an errata for American Newspaper Comics. I know you've mentioned several over the years, but it would be great if they were all collected together at one easy to find spot.

And speaking of that Spence Easley began on Feb 27 1939 in the Boston Globe earlier than the Apr 10 date you list. The first strip is titled, "Introducing the Family." The second has an internal date of 2-28. I've sent you copies by email.

I'm deleting the spam as quick as I can, but this latest barrage was a whopper.

Thanks for the Spence Easley start date, which I discussed a little more with you privately.

As for errata, you're probably right that I should highlight somehow when I'm giving new or better info on the blog, but given that I don't have the energy to go back and highlight seven years worth of old posts, that ship has sailed.

When the second edition of the book is published (in some form -- maybe online?) rest assured that I will definitely figure out some method by which to make errata easily found.

Even having purchased the first edition of American Newspaper Comics, it is such a terrific work, that I’d gladly buy the second editor in hardcover!