Obscurity of the Day: Iota 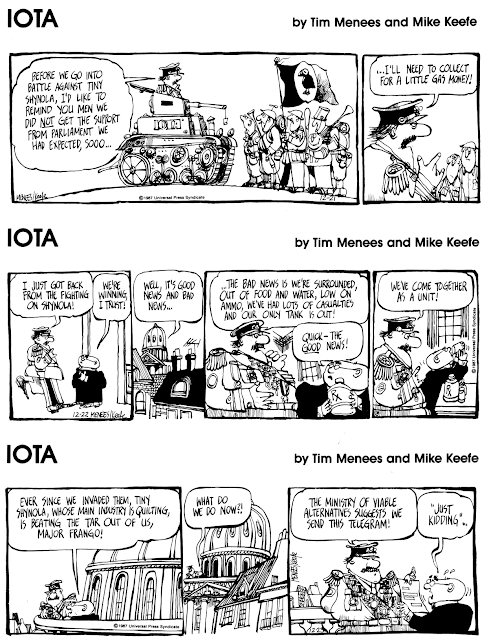 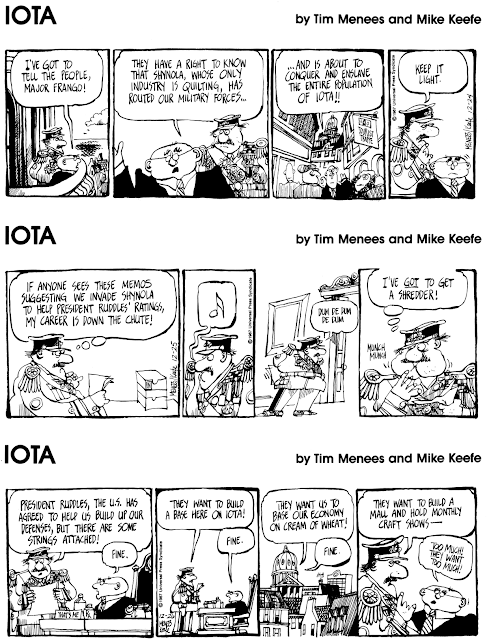 The editoonist team of Mike Keefe and Tim Menees had struck out with their first syndicated comic strip, Cooper, but less than a year later they were up at bat again.

Universal Press gave the guys a second chance with Iota. The new strip went in a very different direction than Cooper, which had attempted to target the school teacher demographic. Iota eschewed the formula of targeting a specific readership segment, and instead offered a broad comedy about the hapless governance of a small island nation. The idea certainly had potential -- it was a constant subject for movies (Woody Allen's Bananas, the Marx Brothers' Duck Soup), novels (The Mouse That Roared) and even comic strips (Popeye's adventures in Nazilia) -- but perhaps by 1987 it had been overdone. Whether Menees and Keefe brought anything new to the party is debatable, but the strip certainly didn't find a lot of receptive newspaper feature editors, and it disappeared before its first anniversay. Iota ran from November 23 1987 to September 10 1988.