Obscurity of the Day: L'Enfant Terrible 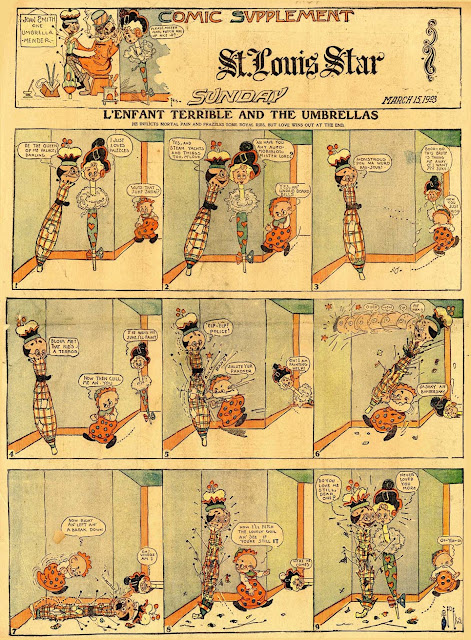 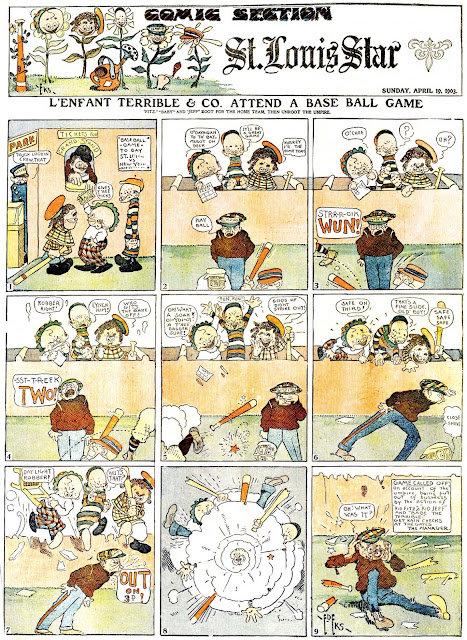 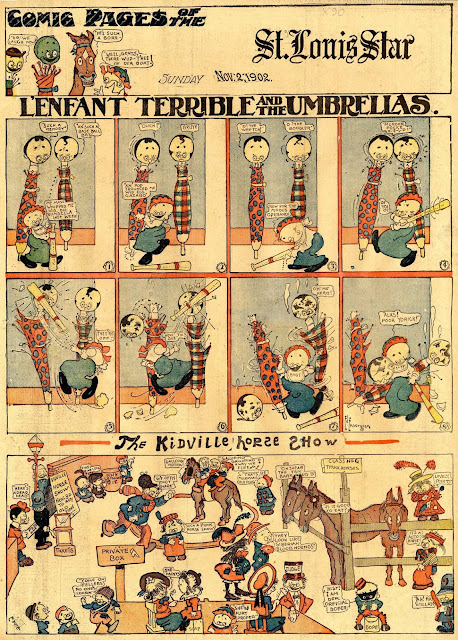 Extra special treat for you Eddie Eks fans today as we cover his long running series L'Enfant Terrible with lots of eye candy from the collection of Cole Johnson.

In this series, which ran from November 2 1902 to August 9 1903 in the St. Louis Star, Eksergian gives us a little tyke drawn in his most outrageously grotesque style. I mean this kid looks more like a troll than a human, and the action is utterly bizarre. A hundred-some years later I thank the Star profusely for ignoring the reader outrage that they must have endured in order to leave us these unabashedly primitive, anarchic and esoteric works of a deliciously sick mind.

Cole knew I have a special love for Eksergian's umbrella fixation and provided not one but two of Eks' trips down the rabbit hole with those objects. I can't even conceive what newspaper readers must have thought when they opened the paper to find strips like the umbrella ones above, which were a regular subject for him. Did no editor ever approach Eks with a suggestion that he keep his umbrella fetish off the cover of their funnies section? Evidently not ...

Comments:
Definitely one of the weirder comics I have ever seen. And I have seen some!

Back in 2006, you listed a 1904 WCP series, "Mrs. Knitt" as being by Eksergian. I don't think it was his, the artwork, even the lettering, doesn't match. The signature "Eddie" must belong to one other than Eks.

Mark, you are absolutely right that Mrs. Knitt is a big departure from Eddie's style. I guess I just assumed that checking off the boxes of right syndicate, right byline, right riotous subject matter, right umbrella cameo just had to add up to our Eddie Eks. I will update the listing acordingly.