If 1926 was the 52-pickup of cartoonist contributions to the romantic cartoon, 1927 was more like a game of poker. Our ace players are Fanny Darrell (FD) and Truda Dahl (TD). Darrell starts the game with almost all the chips, but Dahl hangs in there all year with a short stack. 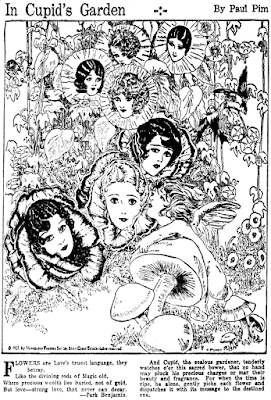 Others at the table don't really have a serious chance, but newcomer W. Paul Pim (PP) keeps the leaders honest, posting an impressive 24 cartoons starting in June. By December, though, he's definitely fading.

The pseudonymous Paul Aslan (PA) takes a hand here and there throughout the year, and switches to his real identity, Popini (AP), on the final day of 1927. The delightfully named Myrtle Wood (MW) pops up every once in a while during the second half of the year. 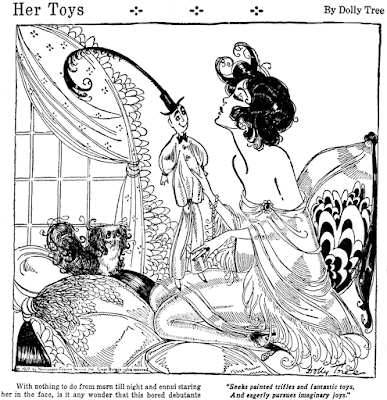 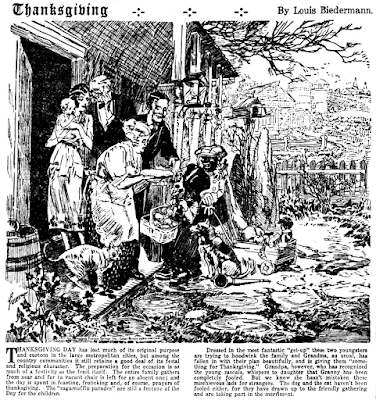 Other participants are Leo Joseph Roche (LR) with one cartoon in March and Walt Van Arsdale (VA) with one in December.

A drop-in who unfortunately penned only a single cartoon was Dolly Tree (DT). Tree was a British illustrator who came to America and became an important Hollywood costume designer.

Louis Biedermann (LB), Hearst Sunday magazine cover artist, contributed one cartoon in November. Biedermann's cartoon seems like it confuses Thanksgiving with Hallowe'en, but it turns out there was a Trick or Treat tradition on Thanksgiving in the old days!


In 1928, it was still basically the Fanny Darell (FD) and Truda Dahl (TD) show, with some new and returning minor players. The big news of 1928, though, is that after a run of almost a decade and a half, Annette Bradshaw finally gave up her Feminine Foibles (FF) panel. It didn't go away though -- it was taken over by Marie Marot on January 24 and continued on with nary a hiccup. Marot was a lot like Bradshaw in that she not only drew these panels but also supplied fashion illustrations and wrote articles for the magazine page. She was also like Bradshaw in that if a gag didn't happen to strike her, a mere back and forth about fashion was considered perfectly acceptable in FF.

Returning contributors in 1928 are Myrtle Wood (MW), who disappears after March, and Popini (AP) who manages two cartoons in March and one in May. Walt Van Arsdale (VA) also returns, managing just two cartoons in January - February. Paul Pim (PP) drops out after March. 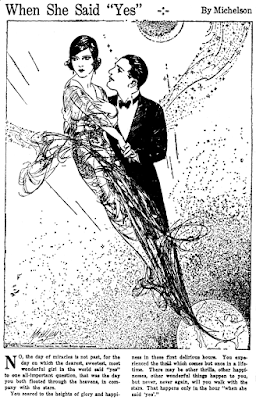 There are three surprising returns. Not seen since 1926, Madge Geyer (MG) is back with a vengeance. From July to December she becomes a new regular, contributing 24 cartoons. Another blast from the past is Sidney Delevante (SD), who penned a single cartoon for the series way back in 1920. The biggest surprise, though, is the return of Gustav Michelson (GM) who was the original artist of the feature and has not been seen since 1915. He contributes four cartoons in April - May. 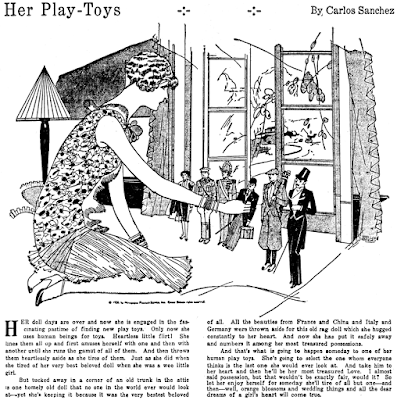 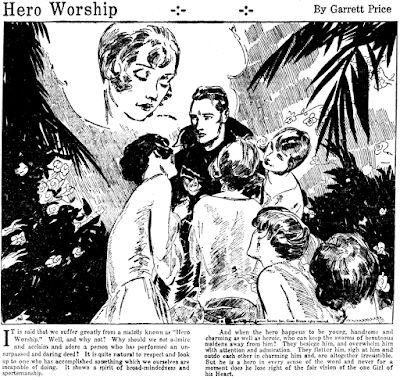 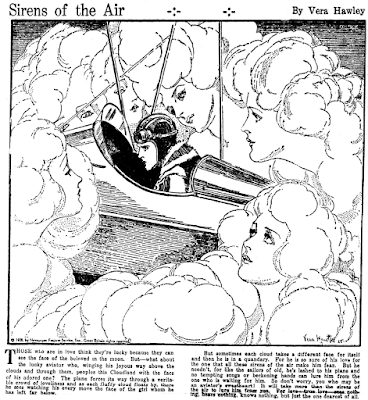 There are newcomers as well, all of them one-shots. The most interesting is Garrett Price (GP), who would write and draw the strip White Boy in Skull Valley for the Chicago Tribune in 1933-36, then later become a celebrated contributor to the New Yorker. Price has a single cartoon in January. Carlos Sanchez (CS) and Vera Hawley (VH) are unknown to me.

Late in 1928 a disturbing trend begins on the magazine page when the regular cycle of Monday, Tuesday, Wednesday and Saturday cartoons starts breaking down a bit. Some regular days are shortchanged for a cartoon, and starting abruptly in November, the Wednesday cartoon is often moved to Thursday.

By the way, I'm still relying on the Harrisburg Evening News after all these years of indexing, but my primary backup paper is now the Lincoln Journal.