Obscurity of the Day: The Fantastic Foster Fenwick 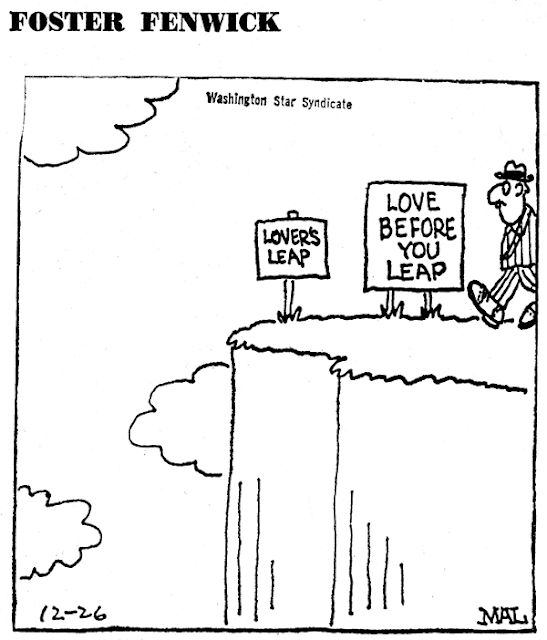 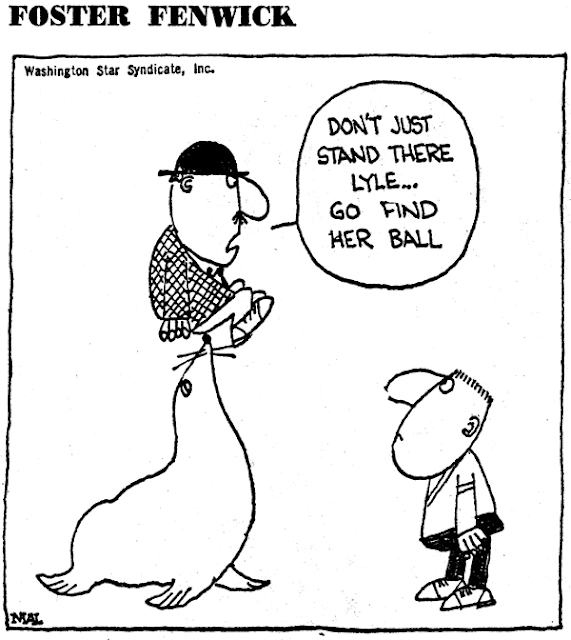 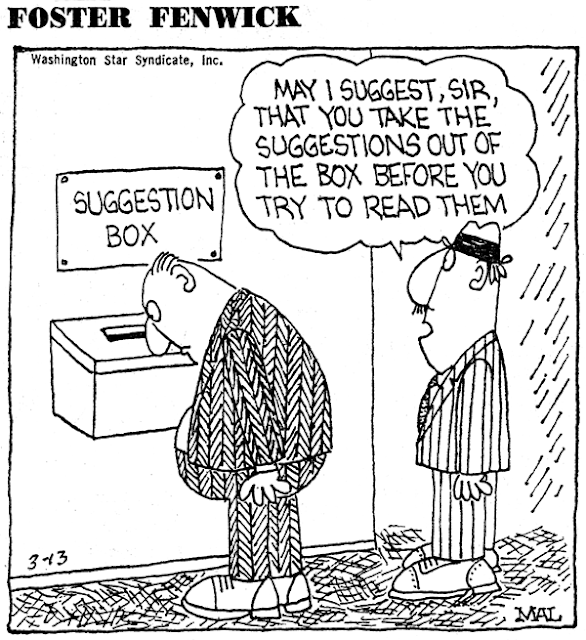 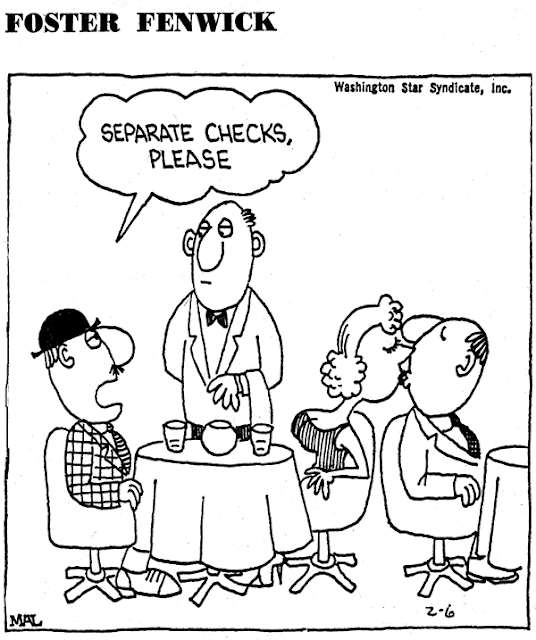 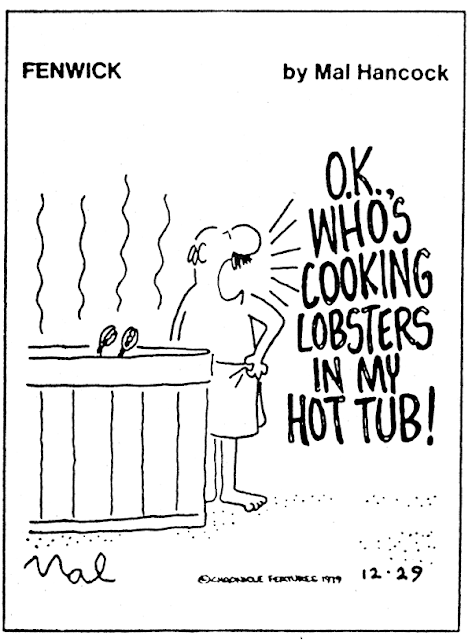 Here's another obscurity culled from the 'one-paper wonders' in Jeffrey Lindenblatt's The 300 list.

The prolific Mal Hancock originated no less than eight different syndicated features, and maybe even a few more if we are to believe Lambiek which cites two I haven't managed to locate (Hi And Jinx, Malfunction Junction ... help anyone?).

Of his many features, the most successful (yet still qualifying as obscure) is The Fantastic Foster Fenwick. The single panel feature debuted on February 5 1968* through the auspices of the Washington Star Syndicate. Starring a bulbous-nosed fellow who was usually wearing a hat (sometimes a bowler, sometimes a panama, sometimes a fedora), the panel looks at everday life through a funhouse mirror. If James Thurber, Virgil Partch and Gahan Wilson had collaborated on a panel, I imagine this is pretty close to what they would have produced. As with Hancock's other features, which are also pretty wonderful, I'm a bit at sea to understand why it didn't do better.

After a lackluster run, the Washington Star Syndicate seems to have dumped it on August 2 1975**. But either Hancock wasn't ready to throw in the towel, or someone at the San Francisco Chronicle really liked it, because the feature returned, now syndicated by Chronicle Features under the shorter title Fenwick, probably around March 1977***. But the Chronicle sales force did any even poorer job of selling it, and they finally gave up in 1982****.

Comments:
The "separate checks" panel is very clever and funny.