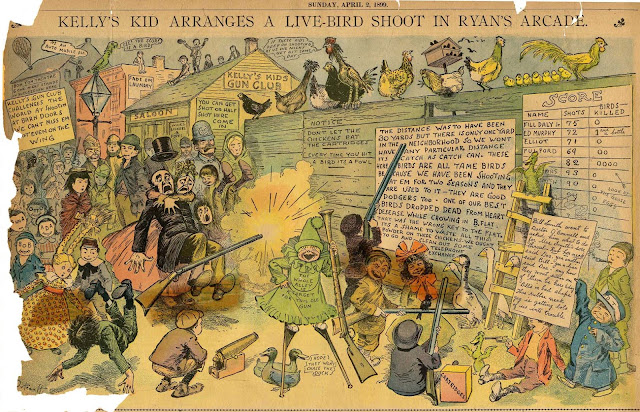 By April 1899 we've had some changes. First, the (unofficial) title of the feature is no longer Kelly's Kindergarten; it is now The Kelly Kids, or in some instances, Kelly's Kid. The Kelly Kid is the infant on stilts in the center of the panel; he is the first-born son of Michael Kelly, a big man in the neighbourhood. He'll gain a new name in the next installment...

Note also the addition of the 'name face kids', a really bizarre set of characters. When all together, they number four -- Anna, Ada,Otto and Bob. Maybe they should be called the Palindrome Kids.