Obscurity of the Day: Along Our Street 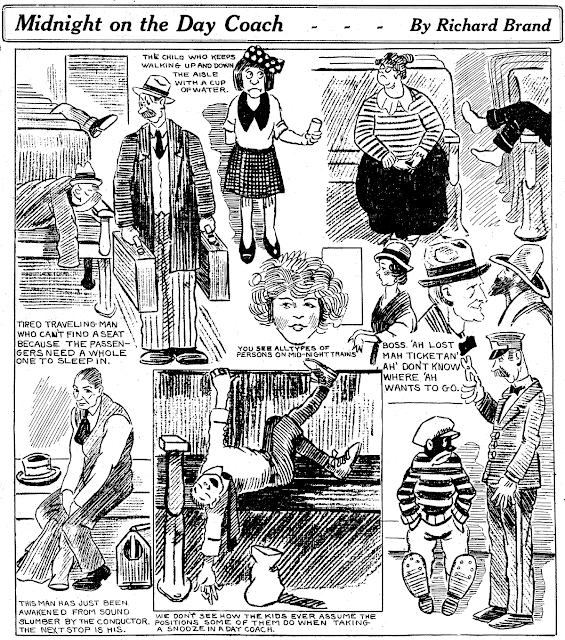 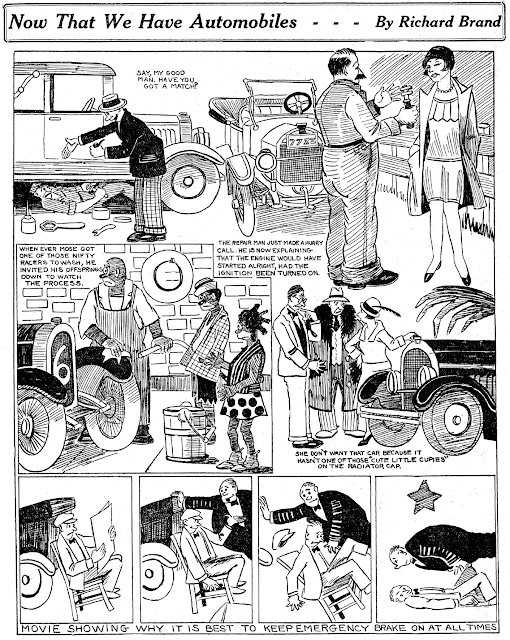 The Columbus Dispatch is well-appreciated by serious cartooning fans for its deep roster of great ink-slingers -- Billy Ireland, Dudley Fisher, Ray Evans, Harry Keys and, oh, who was that other guy ... oh yeah, Milt Caniff.

But these are only the cartoonists who made a lasting impression. The Dispatch editors really seemed to have a deep abiding love for cartooning, and there are others who were invited to take a stab at it for the paper. One of those was Richard Brand, who created a short-lived weekly panel of vignettes about autos, public transportation, commuting, well, basically everything that happens Along Our Street.  The cartooning itself was a little rough, but I think Brand's perceptive observational gags work quite well for the feature, not counting the mushmouth black stereotypes.

Along Our Street began on September 12 1926, and used that title through October 3, then changed to using different titles each week. The feature ran until December 5 and was seen no more. Brand may have considered cartooning pretty much just a hobby, because he was also employed as a reporter on the Dispatch, and continued in that capacity for various papers for the rest of his working life.  His obituary didn't bother to mention his apparently short foray into the graphic end of newspapering.