We've got more cartoonists to meet from the new crop that started with The Syndicator, but we need to take a quick second look at our workhorse of 1925, Nicholas Afonsky. Theoretically, he is still with the syndicate, churning out increasingly shorter adaptations for the Great Mystery and Adventure series. By the way, despite advertising to the contrary, that series and Vivian Vanity may not have been included in The Syndicator. My impression is that they were still distributed as standalone features -- I say this because you don't very often see papers that run The Syndicator material also running these two series.

My initial guess was that Afonsky produced those Great Mystery and Adventure series adaptation quickly, and was already gone by the time of The Syndicator. The fact that he supplied editorial cartoons to The Syndicator under his old pseudonym of Meetrich I assumed to be reuse of old material, since the cartoons are of the 'evergreen' variety. However, in the very small number of these I could track down, one lone example puts that idea to rest. The top cartoon below is a reference to the Cristero War in Mexico, which didn't get going until mid-1926. 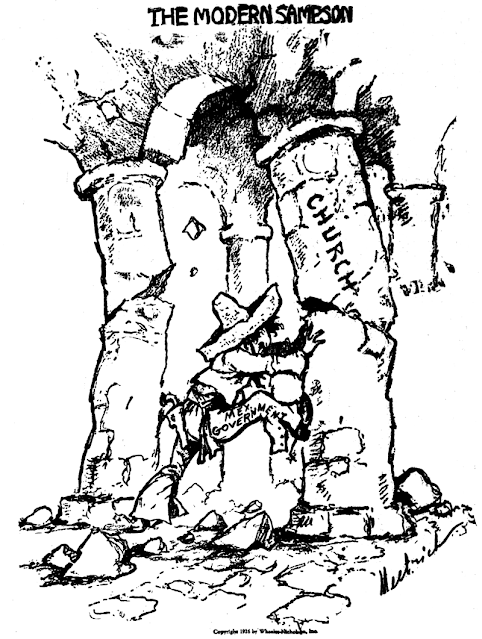 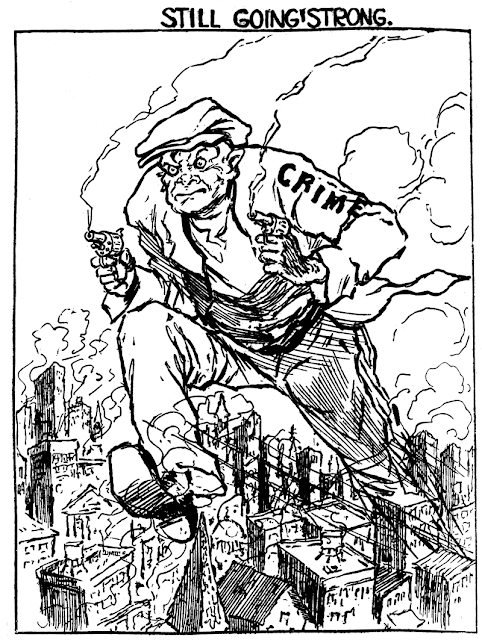 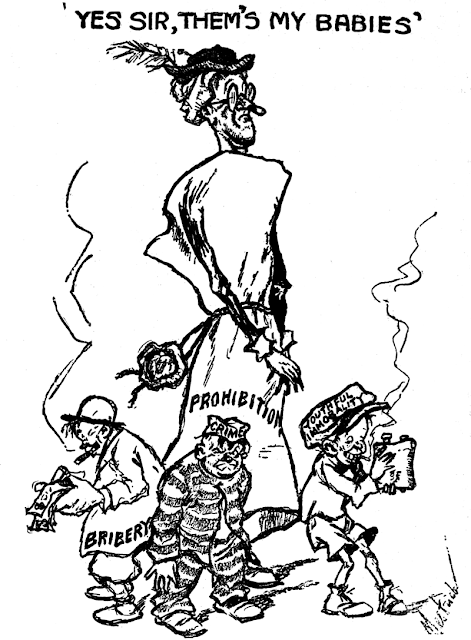 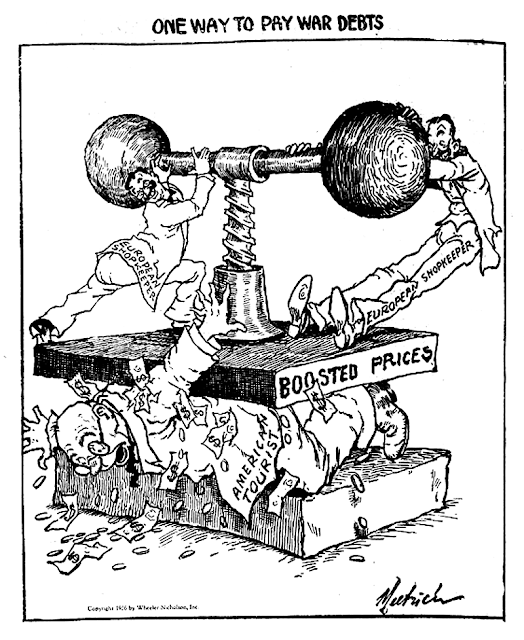 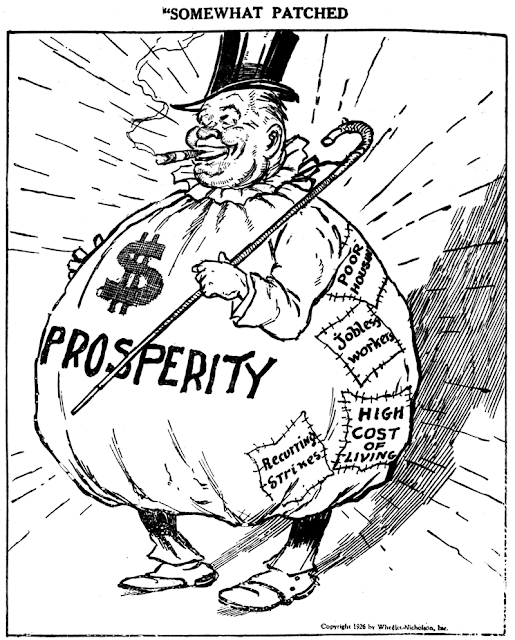 Let's get back to the comics page. Our next feature is On The Links, a golf strip by Dic Loscalzo, a cartoonist who thought enough of his strip that it was published ... I'm guessing self-published ... in book form. The book, which seems to be just slightly less scarce than hen's teeth, is 48 pages, which certainly seems to mesh nicely with my belief that The Syndicator ran for eight weeks.

On The Links is another strip that didn't garner much favour from small-town Wheeler-Nicholson subscribers; it is seldom seen perhaps because the golf mania had not really taken hold in these parts of the country. Or, maybe it was just kinda awful. Here are some samples that show there was some intention of an ongoing storyline, but I've seen so few that I'd be guessing to offer any sort of synopsis:

Comments:
The Walter Donaldson song "Yes, Sir, That's My Baby" dates from 1925, so that's at least one very close tie (as if the Prohibition ref wasn't enough) to the time period. Something of a knockoff of Rollin Kirby's "Mr. Dry." The others are, yes, pretty banal and evergreen.

The "European Shopkeepers" squeezing the "American Tourist" suggests the cartoonist (or his boss) just came back from a trip in a bad mood. What fraction of any general newspaper's readership would find that pertinent?

Makes me think of the Onion's mock editorial cartoons, nominally created by an irascible jerk positioning all his personal grievances as national issues.

DBenson's question is a good one, re what fraction would get the "tourist" crack, especially in the pre-jet era. My guess is a surprising fraction, owing to the fact that literally millions of Americans had experienced France just a few years before in the war, and it had left a mark on them (cf: "How Ya Gonna Keep 'Em Down on the Farm (After They've Seen Paree)?") The chiseling European hotelkeeper was a stock gag for a long time.