News Nuggets from the Past 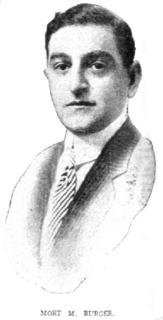 Another batch of short news stories from the pages of the magazine The Fourth Estate:

TEACHER OF CARTOONING (8/26/1919)
The art of cartooning may not be inherent in a person - one can learn it through the medium of a course at a local school or by correspondence. That many are interested in such a course is strongly attested by the results of the work of Mort M. Burger, director of the Associated Art Studios located atop the Flatiron Building of New York City.

Mr. Burger is a well-known artist, having been on the art staff of several leading newspapers, in which his drawings still appear from time to time. A number of years ago he was associated with the late Dan McCarthy in the World Building. As director of the Associated Art Studios he has met with great success, conducting what is claimed to be one of the largest practical art schools in the country.

Mort was a producer of small panel cartoons which peppered the daily papers of New York and other cities in the 1900s and 1910s. These mini-cartoons fell out of favor in the mid-teens and Burger turned to other cartooning pursuits like this school. His activities were reported often in the pages of The Fourth Estate. A rare photo of Mort accompanies the article (see above).

DEPEW MOVES UP (8/19/1916)
Walter Depew, formerly connected with the Capper Engraving Company of Topeka Kansas, and for several months staff photographer and artist of the Des Moines Tribune's editorial department, has been placed in charge of the art department of both the Register and Tribune.

STAFF CHANGES (9/30/1916)
Percival Pearce, a young cartoonist of Waukegan Illinois has joined the staff of the Publicity Feature Bureau.

Pearce's claim to fame is his character Seaman Si. He did the strip while in the navy during WWI and a popular reprint book was published.

SEEKING GAMBLING FACTS, REPORTER IS BEATEN (11/4/1916)
Thomas A. Byrne, a cartoonist for the St. Louis Times, was recently attacked by a crowd of men in a St. Louis saloon, which, it is alleged, he had entered to secure evidence for a campaign against gambling and gambling houses being waged by the Times. It is said that a crap game was in full swing when Byrne's presence was noted by the proprietor and that the assault immediately followed the recognition.

GERRYMANDER CARTOON (8/12/1916)
Gilbert Stuart, who is best remembered for his portrait of Washington, was also a cartoonist, and it was he, according to James Melvin Lee in Cartoons Magazine, who designed the famous Gerrymander cartoon.

In 1811, writes, Mr. Lee, the struggle between the Democrats and the Federals for the control of Massachusetts was extremely bitter. The Democrats had elected Elbridge Gerry governor, and had carried both houses of the legislature. To retain this supremacy they remapped the senatorial districts and divided the power of their political adversaries by paying no attention to county boundaries.

In Essex County the relation of the district to the town was most absurd, and a map of the county thus laid out, hung in the office of the Massachusetts Sentinel. One day as Stuart gazed at the map, he remarked that the towns as they had been assembled looked like some monstrous animal. A few touches of his pencil added the wings and the claws, and he christened the creature a salamander.

At the suggestion of editor Russell the name was changed to Gerrymander. The cartoon thereafter frequently appeared in a 'broadside' while the term became one of reproach to the legislaturee that had distinguished itself by this act of political turpitude.