Cartoonists of the Chicago Daily News

Thanks very, very much to D.D. Degg, who alerted me to a great resource for historic photos from the Chicago Daily News archives at the Library of Congress website! Here, tucked away among all the old news photos, are portraits of some of the Daily News cartoonists. Degg not only found O'Shaughnessy's full name to be Thomas Augustin "Gus" O'Shaughnessy, but even a picture of our man: 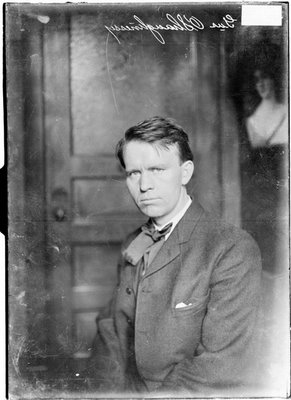 Here's Charles F. Batchelder. I just knew he'd look like this. Just from his cartoons you could tell that he was obviously the grand old man amongst the comics page crowd right from the beginning. Not only was he amongst the most accomplished of the artists, but he was also usually responsible for the extra large panel cartoon that would often act as the central hub of the comics page: 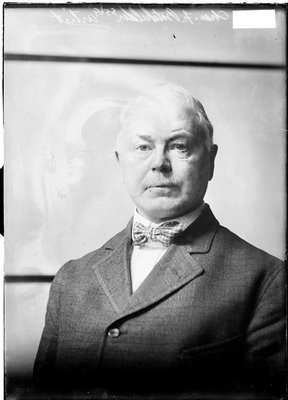 Here's Fred Richardson. He actually predates the regular daily comics page in the Daily News. He did a full page Sunday cartoon that began in 1899 (the daily page began in 1900) and ran until 1901. I never saw him contribute to the daily page. He disappeared for 6 long years, then popped back up in 1907, once again getting a special spot for a closed-end strip commemorating something called the Jamestown Exhibit: 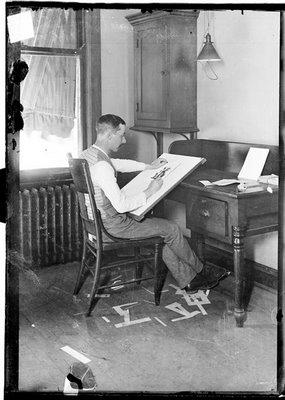 Here's Ted Brown. He was an absolute whirling dervish of the drawing board, producing more material for the daily pages than anyone except the great George Frink. He signed his work simply 'Ted': 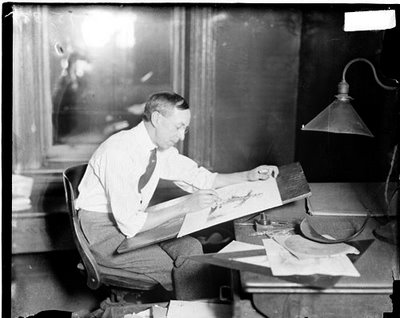 Here's Pierre Kinder. He only showed up on the daily page sporadically in 1905-1906. He must have had other regular duties on the Daily News, I guess, and just moonlighted on the comics page every once in awhile. His longest running strip was Burglar Bill. Here he is doing his Dracula impression: 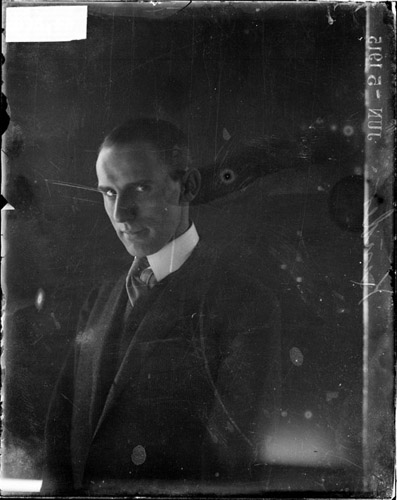 Here's Richard Thain. He joined the comics page crowd in 1907, and frequently subbed for George Frink on his strips. He also created the long-running Lord Longbow strip: 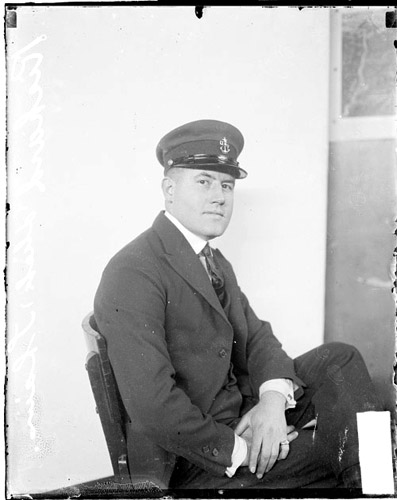 Here's Austin Williams. He was a Johnny-come-lately who took over The Inventor from Ted Brown at the tail end of its run in 1917. His only other known credit is Red and Skeeter, which ran for a short while in 1915 on the Saturday kids page: 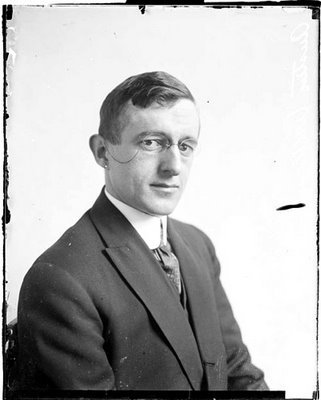 Now here's a mystery photo from 1907. The caption just says that these are 5 young Chicago Daily News artists: 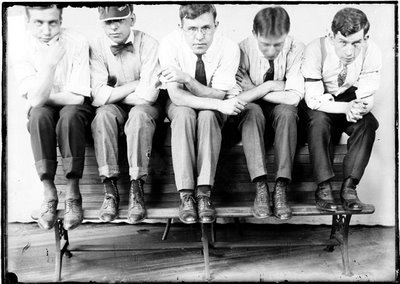 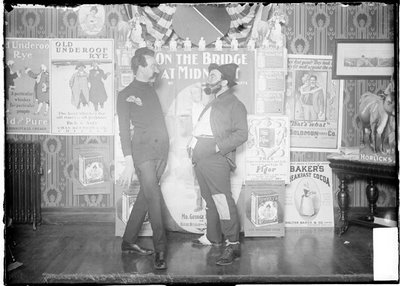 Oddly enough, there are no photos of the great George Frink, who worked at the Daily News for well over a decade, nor of K.E. Garman, another comics page mainstay. Nor, for that matter, photos of some Daily News cartoonists who went on to hit it big elsewhere - R.B. Fuller, Harry Hershfield and H.T. Webster.

All photos above are from the Chicago Daily News negatives collection, courtesy of the Chicago Historical Society.

PS: this post took a lot of time to compile, and I've got to get ready for a business trip this week, so I'm not going to post on Sunday. See ya Monday!

Comments:
I'm fairly certain that the photo is not of Frederick Richardson. Even though the archives have the subject in the photo listed as Richardson, it also lists this photo as sometime in the 1920s (something like 1926), which would be very unlikely given the biographical information I have on Richardson (he was long gone from newspaper work by then). I've also seen two other photos of Richardson (one of which is in my new book), and neither really resembles the gentlemen in this picture (though it's hard to tell from this angle). I ultimately chose not to use this very photo in my book because of my skepticism over its accuracy.

The kid on the far right in the "5 young artists" photo looks a lot like Hershfield to me.