J.P. Arnot's The General becomes even more impressive if we consider that it was only one of the two daily strips that he was producing at the time. How Do They Do It? was a much less interesting feature, a strip about a money-strapped wolf and the boss who is also his long-suffering pal. Good feature or not, producing two daily strips, neither of which were likely to be pulling in the dough needed to hire assistants, is an impressive feat.

Presenting this strip is a bit of an embarrassment - I only have examples starting in 1921, but my Stripper's Guide notes have it starting in 1917 with no explanation of how I came to that conclusion. Can anyone shed light on the actual start date of the strip?

I do know that the strip ended in 1926, but I don't have a specific end date. Again, anyone have more specific info?

Comments:
No info on the strips but here's a very brief biographical sketch of John Paul Arnot from the askart.com site:

Biography from AskART:
Born in Alpine County, CA on Sept. 16, 1887. Arnot joined the art department of the San Francisco Chronicle in 1913. In 1915 he continued in NYC for King Features Syndicate for 17 years as the creator of "Helpful Henry" and "The Little General." Returning to San Francisco, he was department head at Eastman Kodak for the rest of his career. He died at Agnews State Hospital on Dec. 2, 1951.
Source:
Edan Hughes, "Artists in California, 1786-1940"
Placerville Mountain Democrat, 2-15-1913; SF Chronicle, 12-3-1951 (obituary).

Thanks for the bio, DD. Never knew our man's first name. Does anyone care to see an editorial cartoon of his from the Chronicle? I have a few in my collection, but I don't know what the interest level is for it.

I just discovered I have a yearbook from Reno Nevada 1908. It is over abundantly illustrated by its editor and a Junior at the time J.P. Arnot. His name is John P. Arnot of Placerville Calif. If interested in more on this yearbook and the artist contact me at kensharptoledo@gmail.com

I have a ton of his sketches. Found them in an old box. Not sure if they are worth anything, let me know. 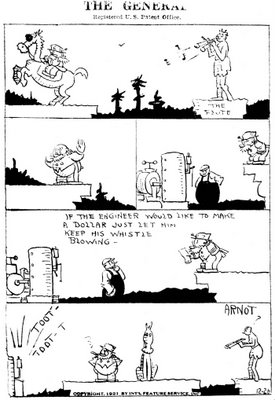 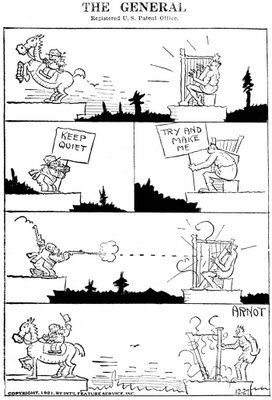 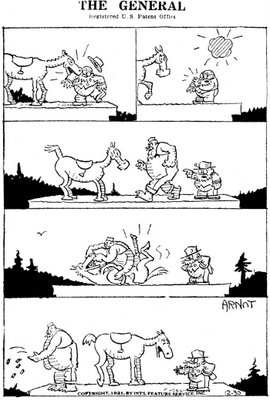 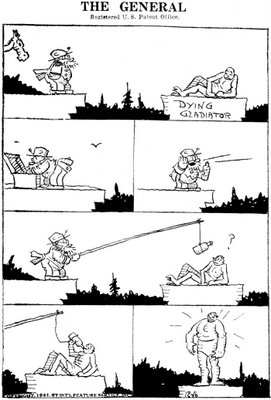 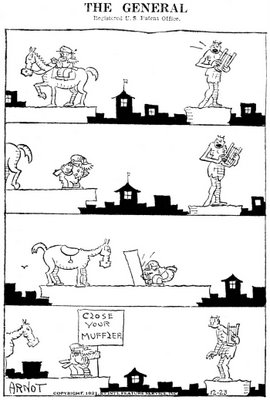 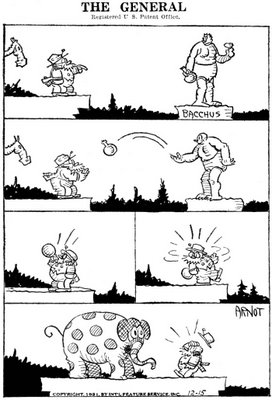 Have You Seen these New Strips?

I'll post more The General strips tomorrow, but today I have a question. I'm just trying to get up to date, checking all the online syndicate sites. As usual, I found a crop of new strips listed there. Since these sites often include features that are presented online only, and therefore don't qualify for Stripper's Guide listings, could you folks tell me if you've seen any of these printed in a newspaper:

The first two can be found on the King Features site, the rest on Comics.com (links in the sidebar).

If you know, on the other hand, that any of these are definitely online only comics, I'd appreciate if you could drop me a line on that too. Thanks!

Comments:
THE MEANING OF LILA is carried by the LA Times and a few others. I think the Seattle Post Intelligencer carries RETAIL in their print edition but am not sure; it is carried among their online comics.

All of these are fairly new except THE HUMBLE STUMBLE, which has been around at least a year or two. Of them, I heartily recommend RETAIL, DOG EAT DOUG (cute pet & baby strip), and THE MEANING OF LILA.

Hi Buzz -
Thanks for confirming Lila! I went to get a start date on it, but the archive on Comics Extra starts on a Friday (3/18/05). Anybody know when it started?

As to quality, yeah, the Lila strip looks good though the art is a little too 'computery' for my tastes. Dog Eat Doug, though, wow! Nice stuff.

And can anybody out Seattle way confirm Retail for us?

I know I've seen The Humble Stumble in the pages of the Chicago Tribune. Don't know the exact start date, but fairly certain it was sometime last September when the Trib dropped Agnes and Out of the Gene Pool. It may have premiered on the Sunday they started running the reprints of Calvin and Hobbes, if that helps at all...

Thanks, thrillmer! It started on 8/15/05 if the archive on Comics Extra is complete.

I just finished reading the Tempo section of today's Trib - Dog Eat Doug is also part of the lineup. I suspected this is where I had seen it before. No idea when it started.

Also, On a Claire Day is filling in for Cathy in the Trib. Cathy can stay on vacation, if you ask me...

For what it's worth, The Meaning of Lila was dropped by the L.A. Times earlier this year to make way for Lio. It started its run mid to late 2004.

On A Claire Day is definitely incomplete on Comics Extra, have sent the creators an email asking for a start date.

And thanks for the Dog Eat Doug start date, anonymous.

On a Claire Day is a great strip - kind of an updated Cathy, but with much better writing. i thnk it'll do well.

forgot to mention paper - On a Claire Day is running up here in the Portsmouth Herald (NH). It won a recent poll they put on

The newest syndicated comic strip is
"Heaven's Love Thrift Shop" which began on July 30, 2006. It is a Sunday
only strip from KFS and according to an on-line article from The Deseret News began in that paper July 30th.

Between that 2004 "Lila" strip and now
there are a number of new strips you
don't mention. Perhaps the most popular is Harry Bliss' "Bliss" panel
which run in a number of papers.

Thanks very much for all the start dates, DD! Not all new strips were in the presented list because some I have been able to verify on my own. Regarding "Bliss", that's an odd one. I found a sample on the Tribune corporate site, but I could find it on none of the subscription sites, including those featuring Tribune material. Is it just that new?

Just got a few papers that are running some of the above strips, all papers
are dated July 25, 2006:
Minneaplois Star Tribune - F Minus.
St. Paul Pioneer Press - Dog Eat Doug and Lio.
Denver Post - The Meaning of Lila, Dog Eat Doug, F Minus, and A Lawyer a Doctor and a Cop.
Rocky Mountain News - The Pajama Diaries, Lio, Retail, and Cow & Boy.

While "Little Dee" is not officially syndicated (yet), it DOES run in one newspaper, Shelburne Falls Independent. That's according to the cartoonist on his blog, though

oh, and there's a list of newspapers that carry "Dog eat Doug" at www.dogeatdoug.com

And for the third in a row...my newspaper, Daily Yomiuri, runs "Bliss". That's a Japanese-American newspaper, but it runs in print at least somewhere, and maybe others, too.

Hi Charles -
Regarding the Shelburne Falls Independent , it is a biweekly newsletter sort of thing. Doesn't qualify as a newspaper for Stripper's Guide purposes. I bought a copy of the Little Dee book, though, cause the strip looks pretty good. Thanks for the link! 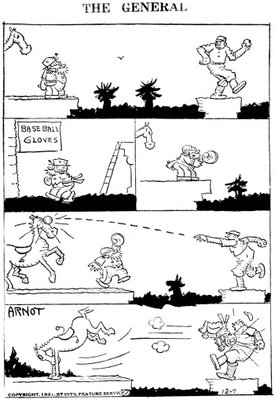 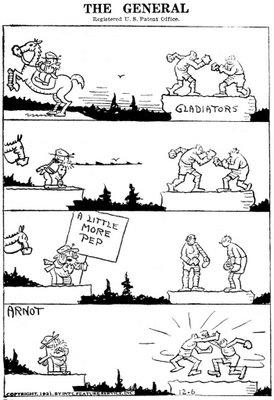 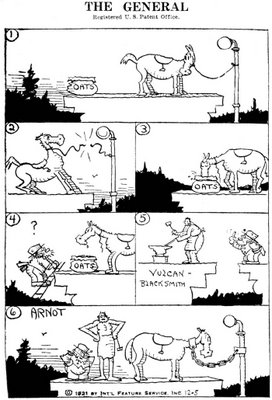 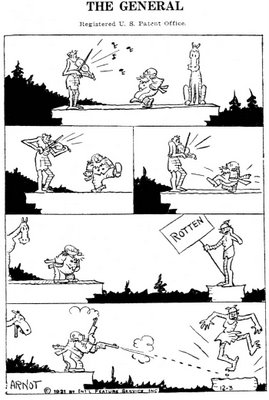 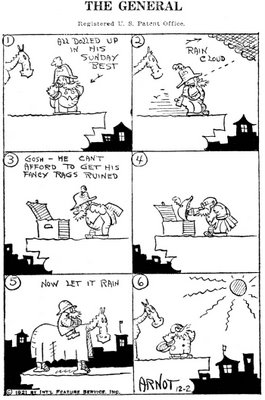 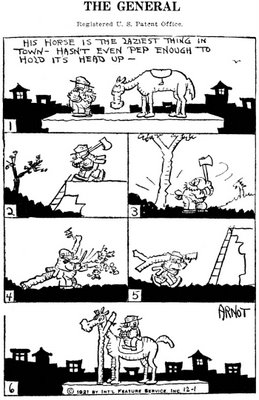