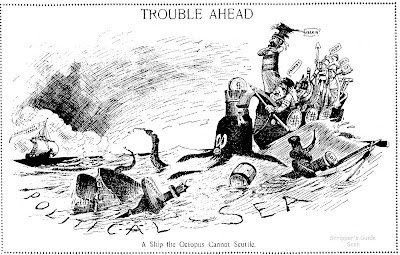 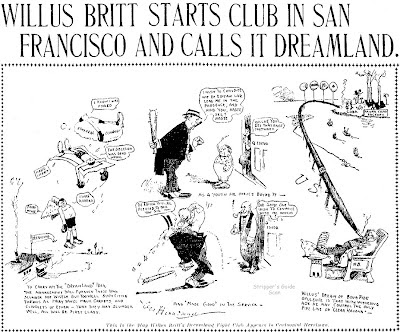 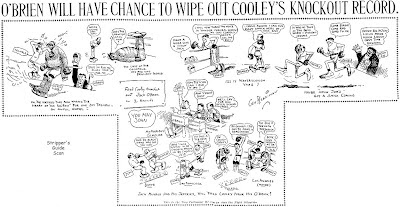 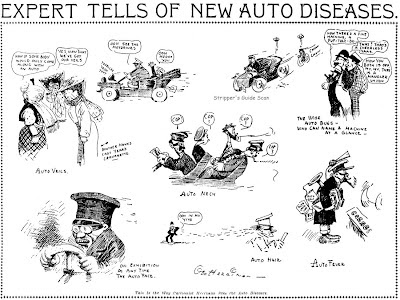 The result of our Herriman contest is a victory for Alfredo Castelli with a mere two dailies series. Alfredo, being in Italia I'll have to hit you up for shipping if you want the book, get with me privately please. As to the identity of the seven or more additional daily series by Herriman, well, guess you'll just have to stay tuned to the ol' Stripper's Guide blog.

Today's Herrimans are from October 5 - 7 1906. We have another well-drawn editorial cartoon, GH commemorating fight manager Willus (Willie) Britt opening up his Dreamland Boxing Club, a huge 7-column cartoon about some upcoming prize-fights, and a delightful piece on the new automobile fad (wonder whatever happened to those things).

I tried a different procedure on the scanning and touch-up of the last two cartoons. I'd be interested in your feedback as to whether you think they're better, worse, or about the same as what has been on the blog before.

Comments:
Well, I'd read "the first" and not "the most", so I stopped at "Home Sweet Home! I should learn to read slower... Anyway I should have known, there's no way to know something better than Alfredo Castelli... kudos to him!