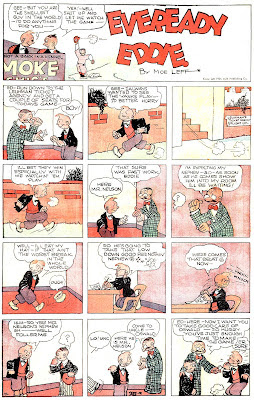 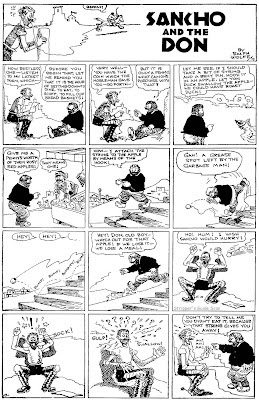 Now that I have Cole Johnson's early copy of The Funnies (#10) in hand it reveals a few problems in Beerbohm's Overstreet listing for the title, at least in my several year old edition, #36. Perhaps the problems have already been cleared up in later editions.
Also, for those interested in such details, this issue had some credits; Harry Steeger was the editor and Abril Lamarque was comic art editor.

For today's strips, we have another of Ralph Wolfe's Sancho and the Don, plus a newcomer, Eveready Eddie by Moe Leff. Mo, as he would later sign himself, supplied the art for a couple of Joes (Jinks and Palooka) and as a ghost on who knows how many other features.