Sunday, May 19 1907 -- Al Treloar was the winner of the first international bodybuilding championship in 1903. He was the physical director at the Los Angeles Athletic Club by this time. 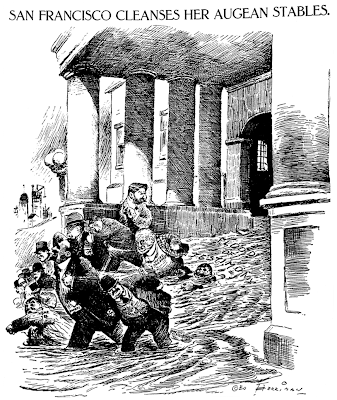 Monday, May 20 1907 -- the San Francisco corruption trial continues. For those not up on their Greek mythology (like me), read here about Hercules' sixth labor. 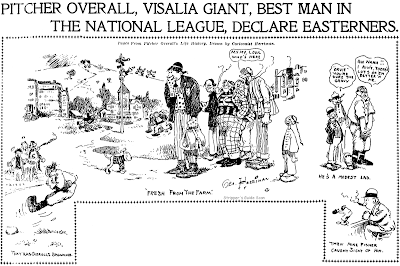 Tuesday, May 21 1907 -- Orval Overall was indeed a great pitcher, though his career was rather short. He was on the Chicago Cubs team for most of his career and went to the World Series with them twice. He's the only pitcher to strike out four batters in one inning in a World Series game. Impossible to strike out four batters, you say? Not at all. Here's how it's done.