Obscurity of the Day: The Seabees 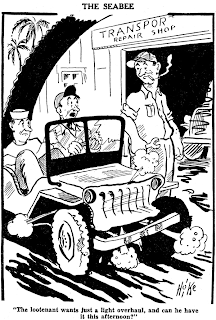 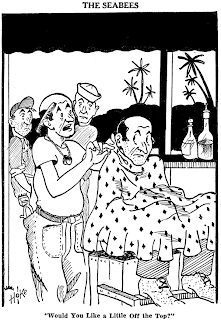 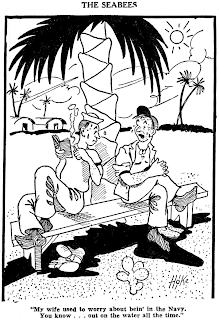 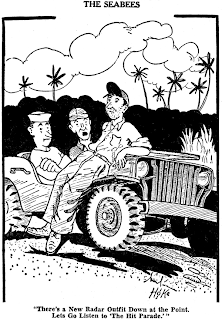 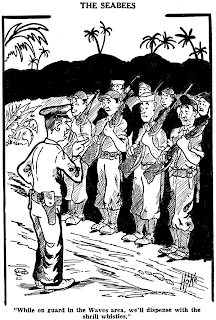 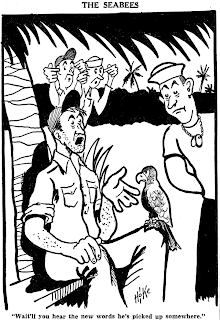 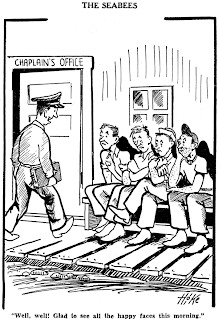 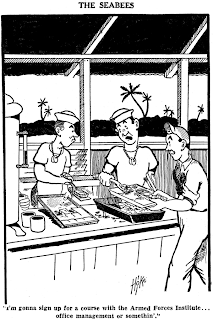 From the bunker archives of Cole Johnson comes this wartime panel called The Seabees, ripe for being covered here on Memorial Day. The panel was done by someone who went by the name of Hoke for the Honolulu Advertiser. If this feature runs true to form for this sort of thing, I expect Hoke was a serviceman stationed in Hawaii. In fact I bet he was a Seabee. In fact it wouldn't surprise me a bit if he was Glenn Hoke. Hey, Alex Jay ain't the only one who can track people down! [Or, on the other hand, maybe he is. I have since been contacted by Glenn Hoke's son, who says that his dad did not have anything to do with this feature. Can anyone tell us who the 'Hoke' is who drew The Seabees?]

The Seabees were the construction crews of the U.S. Navy (CB = Construction Battalion). These guys consistently did miraculous things in the South Pacific during World War II, engaging in building projects under fire, carving airstrips and roads out of deep jungle ... an amazing group. Watch the John Wayne flick The Fighting Seabees for an entertaining movie about their exploits.

Cole's run of the Honolulu Advertiser is fragmentary, so all we know until my next trip to the Library of Congress (which is comin' soon -- I'm so excited!) is that The Seabees ran from mid-February at least through March 1945. I don't imagine it would have been much longer than that since a Seabee,  whether moonlighting as a cartoonist or just chasing wahines, wasn't apt to have the luxury of hanging around Waikiki beach long. The panel ran not quite every day according to Cole.