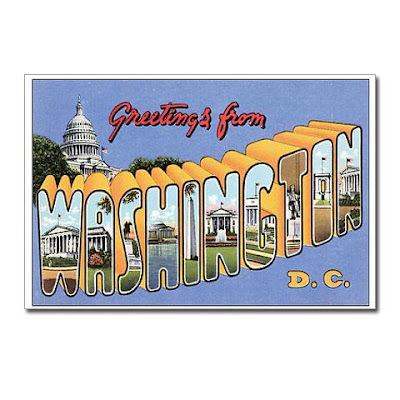 I just got back from a two week visit to Washington DC. Although I was there for other purposes this time 'round, I did manage to steal four days for research at the Library of Congress. I didn't have any grand purpose in mind for my time there, no paper in particular that desperately needed indexing, so I just started hitting whatever happened to catch my fancy on the very long "To Be Researched" list.

Following is a quick summary of the research work that was accomplished:

* Decided to track down Dok Hager's work at the Seattle Times. I had a note that he was there 1911-17. Turns out he was there longer, at least 1910 to 1923 and maybe longer. I ran out of time to find his ultimate start and end dates but did manage to get the running dates for Dippy Duck, his very long-running daily series. I didn't get start or end dates for The Weather, aka The Umbrella Man, because it started before 1911 and lasted beyond 1923. I also picked up a few short-run series by Hager and another local cartoonist named Jenner. The most fun item I found was a weekly panel titled Hans Und Gretchen that started off seeming like a come-on for vacationers to come to Seattle, but eventually turned out to be an ad panel for a local brewery!

* Finally got around to tracking down the running dates for the Comicfix stuff (Speed Racer, Biografix, Molly the Model) that ran in the NY Post 2000-2001.

* Right before leaving for Washington I received a set of Sunday magazine inserts called Three To Get Ready -- a kid's magazine from 1981. The batch I got were all from volume 2 of the series. By sheer chance I stumbled upon a run of volume 1 in the Dayton Daily News. Nice catch if I do say so! Both volumes included a pair of continuing comic strip series.

* Took a gander through the NY Post for 1945-48 to see if mystery strip Punchy and Judy did indeed appear there (it did), and ended up with some good little bits and pieces from the late 40's, including much better info on Illustrated Classics (the Classics Illustrated series for newspapers) than I had before.

* Looked at just one reel of the Detroit Free Press and saw to my amazement that Guindon was STILL running in 1992. No time to research that issue further.

* Checked Amsterdam News for a feature called Our Roots that supposedly ran there starting in 1997. Turned out that bit of info was baloney -- no such thing.

* Did a quick check on the San Francisco Examiner for 1965 to see if Ping was still running. It wasn't, but no time to work backwards to find it.

* The Cincinnati Enquirer, which I initially looked at just to get start and end dates for Seckatary Hawkins, turned into a minor treasure-trove of good info on oddball syndicated features. Got a lot of magazine cover feature dates, too, until they started to come up missing on the microfilm. Looks like the collectors got there before the microfilmers. By the way, the Seckatary Hawkins strip ran nowhere near the 1926-42 dates that have been quoted elsewhere...

* I hit the Long Island Newsday to get info on Cliff Rogerson's features. Found that Rogerson's recounting of his work there was pretty darn accurate --a minor miracle! It is rare to get good dates from creators, especially when they are recounting their work of long ago! I would hate to index Newsday in depth -- that is one hefty tabloid paper.

* I checked the 1897 New York Herald on a tip from Cole Johnson. Sure enough, I found that the Pudding Brothers feature, previously documented in the Philadelphia Inquirer in 1898, actually originated at the Herald in 1897. The Inquirer run was merely reprints of the series -- still counts as very early syndication though. The Herald is a very strange paper. They had a lot of great cartoonists pass through (Gustave Verbeek and Gene Carr to name two in 1897), but they gave them so little to do. They didn't have a real comics section until 1900, and before then it seems like they just couldn't make up their minds. They'd sometimes devote a couple pages to 'proto-funnies' for months at a time, and then they just disappear for long stretches. I only came up with two other recurring features in the whole year, and one of those is more of a fairy tale kiddie feature. Oddly enough there was a lot more comic content at the start of 1897, it peters out during the year as they concentrated more and more on half-tone photos, of which they were justly proud. I think 1896 is probably worth indexing, but it will have to wait for my next trip. Oh, one other thing about the Herald. I noted use of the term "yellow journalism" in an October 1897 article -- very early use of that term! Unfortunately it seems as if the term was even then not new, as the writer felt no need to explain its meaning or origin -- leaving open the still contested question of whether the term derives from the Yellow Kid or not.

* While twiddling my thumbs waiting for film to be delivered I also looked at a reel of the Indianapolis News and found a mystery strip -- Walk On was appearing there. No time to pursue start and end dates though. Some of my most interesting finds come from picking around in the microfilm return bin while I'm waiting for my next delivery.

* Another 'waiting around' find was the Washington Herald, which in 1915 was running a 4-page McClure section -- a rarity that late. I did pursue that lead, which gave me some good McClure Sunday data until some rotten SOB started pilfering the comic sections around mid-1916. Rats!!

* Indexed the Boston Herald for 1915-17 to pick up some of those hard-to-find Newspaper Features strips. Got good dates now on Titmouse Twins and the Asthma Simpson Sunday.

Think that about does it for my Library of Congress trip this time. It seems that for every new bit of data I manage to pin down I only come up with more questions, most of which await future trips before they'll be answered. Seems that no matter how many layers you peel off the newspaper comics onion, there's still more beneath.

Comments:
I have cartoon comics aka the color Sunday funnies and would like to sell them. They were