Edward "Eddie" Eksergian was born in Turkey in February 1873, according to the 1900 U.S. Federal Census. The census said he emigrated to America in the year of his birth, however, his mother's passport application said the year was 1883.

Vahan Altiparmak profiled Edward's uncle, Carnig (also spelled Karnig) Eksergian here. Altiparmak's profile has some information about Edward's father, Telemaque, who was a portrait painter. Altiparmak said Carnig learned portrait painting from his older brother. In 1870 when he was 12, Carnig sailed to America, and landed in Boston, Massachusetts where he continued painting. However, a New York Herald article, dated July 8, 1915, said he arrived in the U.S. when he was fourteen. Telemaque and his oldest son, Edward, arrived in Boston four years later, according to Altiparmak. I believe that time frame is incorrect.


Telemaque and Carnig have not been found in the 1880 census. Altiparmak said, "…they worked together for many years painting famous and rich people, portraits that made them famous…." According to a passenger list at Ancestry.com, Telemaque and Edward (listed as Master Eksergian) sailed from Liverpool, England to Boston and landed on July 23, 1883. Edward's age was listed as 11, which made his birth year 1872. The Eksergian brothers advertised their "Studio Days" in the Boston Herald and Boston Daily Advertiser in May 1884. 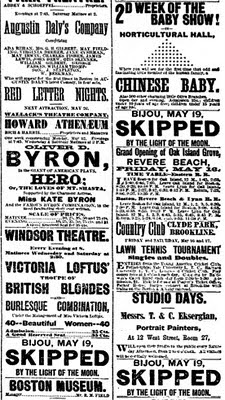 On June 14, 1884, Telemaque's wife, Agavnie, arrived with their sons Leon, 10, and Joseph, 3, according to a passenger list. In the mid-1880s, Telemaque moved his family to New York City. On November 21, 1886, the Brooklyn Daily Eagle reported the fall exhibition at the Academy of Design and said, "Of portraits there are several that show advance on the flat and conventional in treatment, Telemaque Eksergian's portrait of a gentleman, for example..." Other notable artists in the show were R.A. Blakelock and Winslow Homer. Ancestry.com has some New York City directories. Telemaque is not in the 1884 directory; the years 1885, 1886 and 1887 are not in the collection. He was listed in the 1888 and 1890 Trow's New York City Directory: "Eksergian Telemaque, artist, 3 E. 14th". On October 21, 1890, both Telemaque and Edward became naturalized citizens, according to the U.S. Naturalization Record Indexes, 1791-1992 at Ancestry.com. The documents recorded their occupation as artist.

On March 30, 1892, Edward's mother, who was living in Constantinople, applied for a passport to the U.S. Her son Lee (Leon) was to accompany her. On the application it said:


She returned to Constantinople in 1888. Written on the application was this note, "The husband died in New York in 1891 (August 5) his eldest son [Edward] was with him and is now there; a younger son [Joseph], 15 years old, went to New York last year, where the mother and this son [Leon] propose to join them." The length of their stay in the U.S. is not known. According to Altiparmak, Leon was an architect in Constantinople. She visited the U.S. again in 1896.


After the death of their father, the whereabouts and doings of Edward and Joseph were not known until the 1900 census. They were boarding in Brooklyn, New York at a house on Cropsey Avenue near Bay 11th Street, about three miles northwest of Coney Island. They were artists. In 1901, Edward produced comics for the McClure Syndicate, such as A Bunch of Umbrella Jokes. The date of his move to St. Louis, Missouri is not known. In 1902 he was working for World Color Printing and continued there to 1904. One of his strips was Mrs. Knitt.


He was active in the St. Louis Newspaper Artists' Society as reported in The Republic (St. Louis, Missouri) on March 29, 1902.

Newspaper Artists' Exhibit.
Will Be Held at Planters Hotel in May.

The St. Louis Newspaper Artists' Society will give an exhibition at the Planters Hotel in the week beginning May 13, showing cartoons, portrait and humorous sketches and drawings as they appear from the artists' hands for reproduction in the newspapers. The exhibit will be managed by George Munson and Mr. Max Orthwein, who is treasurer of the society.

The exhibition promises to be of much interest, and extensive preparations are being made for the entertainment of a heavy patronage. Artists whose work will be on exhibit are:

…The Newspaper Artists' Society was organized with the primary object of the general betterment of the art of newspaper illustration, for an increased fraternal and feeling of good fellowship among the cartoonists, and with the hope of ultimately effecting a permanent institution. To this end this first exhibition will be given. The following artists form the Committee of Arrangements:

He may have returned to New York. In the publication Proceedings of the Grand Lodge of Free and Accepted Masons of the State of New York (1906) there is a "Brother Edward Eksergian, Crescent Lodge, No. 402 [$]1.00 [contribution]." In 1906, Aesop in Rhyme was published; the location was not stated. It was adapted by Mary Leone Gilliam Thummel, a St. Louis resident, and illustrated by "Edward Eksergian, 'Ed. Eks' ". (A free download is here.)

In the 1910 census, he was in St. Louis where he resided at the Buckingham Hotel, on North Kings Highway and West Pine Boulevard. He was a newspaper cartoonist. The Brooklyn Daily Eagle reported, on March 4, 1913, that his Uncle Carnig "...has come to live in Manhattan after several years sojourn in Boston..." In the book A History of the St. Louis Globe-Democrat (1961), Jim Allee Hart said, "…Edward Exsergian [sic] (Eddie Eks) drew cartoons for the sport pages…." In 1915 his marriage was referred to in the New York Times on July 20:

St. Louis, July 19.—Mrs. Alexander Finney of the Sherwood Apartments, today announced that the engagement of her daughter, Miss Olga Jane Finney, to S. Elwood Hunt of New York, had been broken. The couple became engaged about six months ago and planned to be married in June.

Miss Finney was maid of honor at the wedding of Miss Clara Langan to Edward Eksergian, an artist, June 30...


A World War I draft card has not been found for him. The Editor & Publisher mentioned him on January 13, 1917, "…Among the staff artists and cartoonists at the inauguration of Governor Gardner, Monday were A.B. Chapin, Republic; Edward Eksergian, Globe-Democrat; Carlye S. Martin, Post-Dispatch; Otto Hartsman, Times."; and on March 24, 1917, "Eddie Eks, cartoonist of the Globe-Democrat, entertained the members of the St. Louis Millers' Club at their banquet Tuesday evening with drawings and chalk talks." 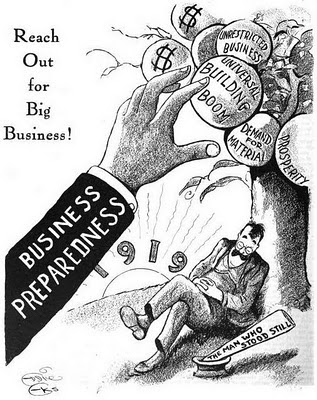 In 1920, Edward, his wife and three-and-a-half year old son Edward lived in St. Louis at 5522 Waterman Avenue. He continued as a newspaper cartoonist. The household included his mother-in-law and two brother-in-laws. Samples of his work in this decade have not been found. His name was on a 1924 patent for a cigarette holder.

The 1930 census recorded him in St. Louis at 6678 Washington Avenue. His surname was spelled "Eksergen" (this spelling was used in his obituary). In the occupation column it read, "Advertising and Artist Studio", and in the industry column was "Magazine". Samples of his work in this decade have not been found.


Edward passed away January 28, 1943 in St. Louis. His obituary was published in the St. Louis Post-Dispatch on the same day; a copy is at the St. Louis Public Library. He was survived by his wife Clara, son Edward and brother Joseph; the status of brother Leon is not known. Copies of his and Clara's death certificates are here (scroll down to Eksergen).

Clara passed away November 6, 1945 in St. Louis. Joseph, also a Mason, passed away July 14, 1950, in West Englewood, New Jersey, according to a New York Times obituary. He was an employee at the Times photoengraving department from 1925 to 1947. His surname was also spelled "Eksergen". Edward Langan Eksergen passed away April 9, 1964 in St. Louis.

Comments:
I was fascinated by Eddie Eksergian's work in the early St.Louis papers, and wanted to find out more about him and just why he never got much further, outside of once in the Pulitzer Funny Side section and a few cartoons in Judge around 1901.

I searched for living relatives and finally, after much work, located his nephew, Walker Langen, in 1979. He had retired to Florida. He wrote back to an inquiry, saying, yes he knew his uncle well, having grown up with him (he was fighting in the Aleutians at the time of Eksergian's demise) and just exactly what did I want to know?
Well, I sent him a bunch of questions, including a request for a phone conversation. Then I waited and waited, and waited. So I sent another letter, and more waiting. Finally his wife sent me a terse letter saying that just after his response, he became incapacitated and would never recover. That was that.

Hi Mark. I truly hope you receive this. My maiden name is Lynn Sergen. My dad was Edward Sergen but changed our last name from Exsergian. This was my grandfather. Please feel free to contact me. Lynseyheron@gmail.com

Please contact me lynseyheron@gmail.com
I am an even closer relative.

Mark could you please contact me. I am also related. I was born Lynn Sergen. My father was Edward Eksergian and my grandfather was Joseph.