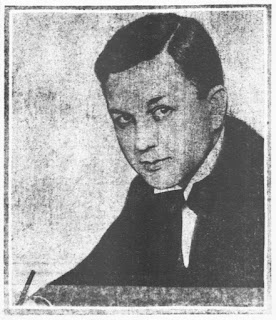 Harold Roberto “Hal” Coffman was born in Los Angeles, California on January 3, 1883, according to his World War I draft card and passenger lists at Ancestry.com. He has not been found in the 1900 U.S. Federal Census. The Associated Press obituary was published in the Dallas Morning News (Texas) on September 1, 1958 and said:


He also worked on the Los Angeles Herald and Los Angeles Times while still in his teens.

In 1906, he went to the Philadelphia Inquirer. He first gained fame when the San Francisco earthquake and fire struck [April 18]. Coffman drew sketches for the Inquirer from memory of downtown San Francisco buildings. He filled in details of the ruin from the wire reports. 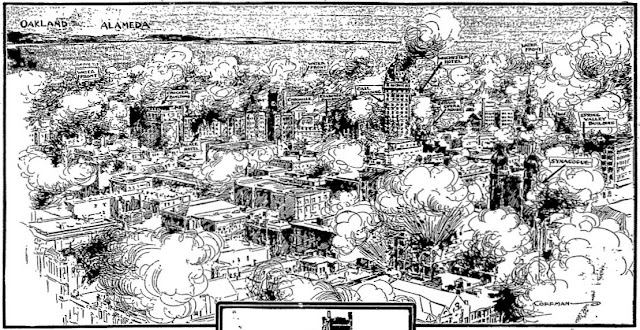 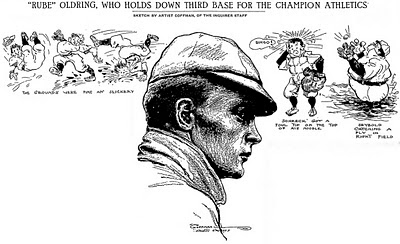 The date of his move to Boston is not known. During his time there, he drew The Wandering Goat Bolivar for the Boston Herald. In the 1910 census, he lived in Boston at 270 South Street, with his wife Charlease and three-year-old daughter Margaret, who was born in California. The couple had been married five years. He was a newspaper cartoonist. The date of his move to New York City has not been determined. He signed his World War I draft card on September 12, 1918. His home address was 1722 Caton Avenue, Brooklyn, New York. He was a cartoonist for W.R. Hearst. He was of medium height and build with brown eyes and hair. The Dallas Morning News said:

Before coming to the Star-Telegram, he was on the staff of Hearst's New York Journal & American for 27 years.


While working temporarily at the Chicago Examiner, he caught the fancy of the late famed columnist, Arthur Brisbane, and Coffman became cartoonist for the full page Brisbane editorials that were featured in all Hearst Sunday papers.


Brisbane became editor of the Examiner in 1918 then in the 1920s moved to New York.

In the late 30s he moved to Fort Worth, Texas and continued cartooning. The 1940 census recorded him, a newspaper cartoonist, in Fort Worth at 611 West Fourth. According to the census, he was a Brooklyn resident in 1935. The Dallas Morning News said, “For 16 years, Coffman's cartoons were almost daily editorial page fare in the Star-Telegram. Failing health forced him to semi-retirement in 1955. His cartoons in the Star-Telegram have appeared only occasionally since then.”

He received a Freedoms Foundation award for his cartoon, “They Had Trouble, Too; Were Unafraid,” according to the Corpus Christi Times (Texas), February 22, 1955. Coffman passed away on August 31, 1958, in Fort Worth, as reported by the Dallas Morning News. He was survived by his wife, daughter and granddaughter.

Comments:
He also is the artist of tipped in full color illustrations for the limited edition book, "High Cost of Living," by Thomas Lawson, published in 1913 in Boston.