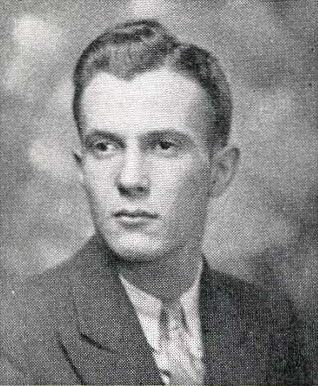 Edmund Marion "Edd" Ashe Jr. was born in Connecticut on August 11, 1908, according to the Connecticut Death Index at Ancestry.com. In the 1910 U.S. Federal Census, he was the only child of Edmund and Estelle. His father was an artist. They lived in Manhattan, New York City at 320 West 111 Street. His parents maintained a home in Norwalk, Connecticut, on Wolf Pit Avenue, according to city directories dated 1908, 1910, 1923 and into the 1940s.

Ashe has not been found in the 1920 census, and little is known about his childhood education except that he graduated from the Franklin-Marshall Academy, according to the New York Times, June 15, 1941.
In the 1930 census, he lived in Pittsburgh, Pennsylvania at 1241 Murdock Street. Classics Illustrated Artists said, "…His father, E. M. Ashe, was a renowned illustrator (until the early years of the Twentieth Century) and then a fine artist. He was also the head of the art department of Carnegie Tech (now Carnegie-Mellon) in Pittsburgh, Pennsylvania." The Carnegie Institute of Technology yearbook, The Thistle 1931, had this entry for Ashe (see photo).


Ashe was among the graduates mentioned in the the New York Times, June 10, 1931, article "Carnegie Institute Graduates 750". He was one of three students awarded the Jansen Prize. The New York Evening Post, November 5, 1932, reported "Mrs. Louise G. Ashe sues for divorce from Edmund M. Ashe Jr., New York illustrator…" Beginning in 1939 he found work in the comic book industry. His credits are at the Grand Comics Database.
The New York Times reported his marriage on June 15, 1941.

Smithtown, L.I., June 14—Miss Beatrice Bishop, daughter of Mr. and Mrs. Elliot F. Bishop of Palm Beach and Montauk Manor, Montauk Point, L.I., was married to Edmund M. Ashe Jr., son of Mr. and Mrs. Ashe of Charleston, S.C., here today in the Presbyterian Church Manse. The Rev. Raymond A Case performed the ceremony in the presence of the two families.
The bride attended Ogontz Camp School and the Erskine School, Boston. Mr. Ashe, an illustrator, was graduated from Franklin-Marshall Academy and Carnegie Institute of Technology.

The couple will reside in Westport, Conn.


The couple was listed in the Norwalk Directory 1946 at Wolf Pit Avenue. He continued working for comic book publishers.

In the 1950s, he drew the comic strips Mark Hunt and Guy Fortune. Ashe played a minor part in the formation of the Society of Comic Book Illustrators, according to Of Comics and Men: A Cultural History of American Comic Books (2010).

The date of his move to New Milford, Connecticut is not known. He had a listing in the New Milford Directory 1960. In the 1983 directory he lived at 105 Buckingham Road. Ashe passed away September 4, 1986, in New Haven, Connecticut, according to the Connecticut Death Index. Additional art credits are at Who's Who of American Comic Books 1928–1999. Two of his murals are here.

I have 2 drawings and they are signed Edd Ashe. One is of the Cornwall Bridge and another is of a waterwheel on the side of a house in bridge water CT. My mother had them on her wall Who can verify if these are indeed Edd Ashe drawing for me?
marilynmaclaren@gmail.com