Obscurity of the Day: Laff-a-Day 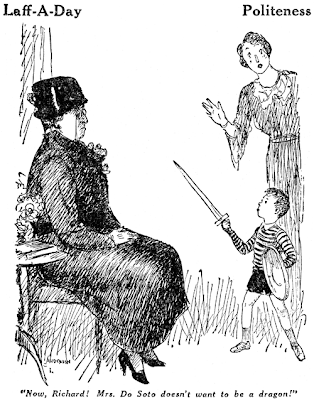 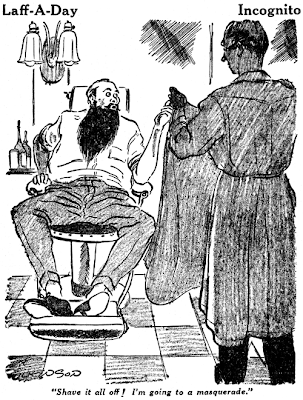 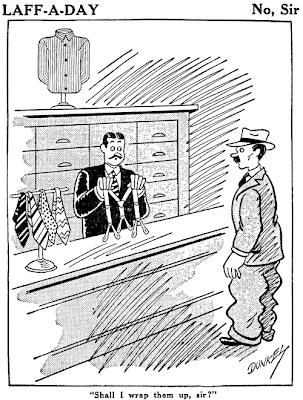 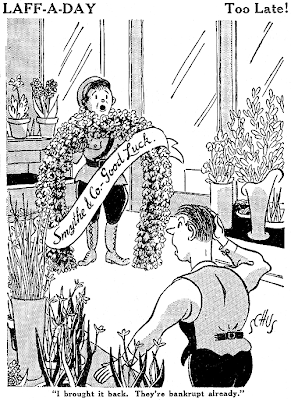 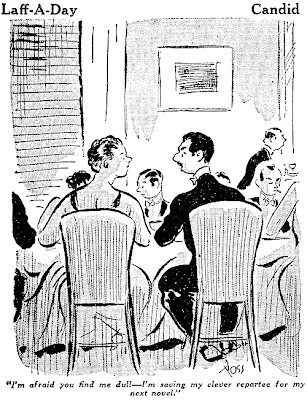 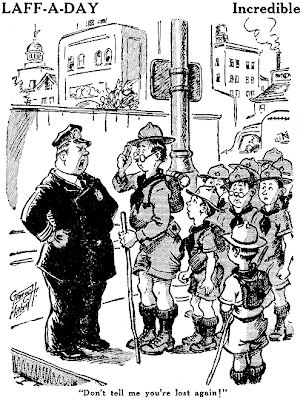 I don't know if a feature that ran for over sixty years can rightly be called an obscurity. But I'm doing it. So there. Laff-a-Day is the same sort of feature that almost every syndicate offered -- daily gag cartoons by *kaff *kaff* the greatest gag cartoonists in the world.

The idea sounds great. Your paper gets a daily gag cartoon by the same guys you see in the New Yorker, Saturday Evening Post and all those other great magazines. The only problem is that these cartoons are the ones rejected by all those great and glorious magazines. Once Cartoonist X has sent a stinker around to all the major markets, and then to the second tier markets, and then maybe some trade publications, he then stuffs it into yet another envelope and sends it off to every newspaper syndicate which runs one of these gag cartoon features (most did). Assuming that there is some vaguely discernable gag, or in the case of the really famous A-list cartoonists, some random ink blots on the paper, one of the syndicates will accept it and put it in their daily gag cartoon feature.

King Features' version was called Laff-a-Day, and it was available from January 8 1936 to sometime in 1998. For the record, that's almost 20,000 bad cartoons sold -- and probably a few funny ones that got in the mix somehow.

And just for good measure, since sometime in the 2000s specially selected cartoons from the long and illustrious history of Laff-a-Day are now included in the King Features Weekly Service package, and, at last check, Charles Brubaker found them actually running in at least one paper, Tidbits of Madison County, a free ad rag out of Tennessee.

Our samples above are all from the first year of the feature, were hand-picked for their *ahem* humorous content, and include gems by Adolph Schus, Courtney Dunkel and some 'famous cartoonists' I don't recognize. All of whom should probably dig themselves out of the grave and go on a brain-eating zombie rampage straight to my door at the thought that quite possibly their only cartoon represented on the web is one of these stinkers.

Comments:
Well, that finally explains why I never thought any of the "Laff a Day" cartoons in my local paper were funny. Not that I was losing sleep for the last thirty years wondering.

Didn't King had another feature called "The New Breed", which had the same concept, only with newer, unknown cartoonists?

Yes, they did. Edgy cartoons accepted by King after being rejected by edgy magazines presumably.