Cole Johnson sends in a group of photographs, the theme of which is that Hearst newspapers are depicted in each. Descriptions are Cole's: 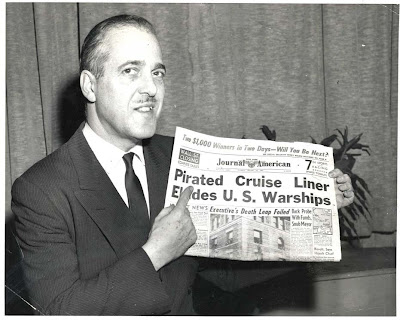 Lee Falk holds the January 24, 1961, issue of the New York Journal American. The reason for this photo is that the current Phantom storyline mirrored reality when terrorists took over a Brazilian cruise ship. 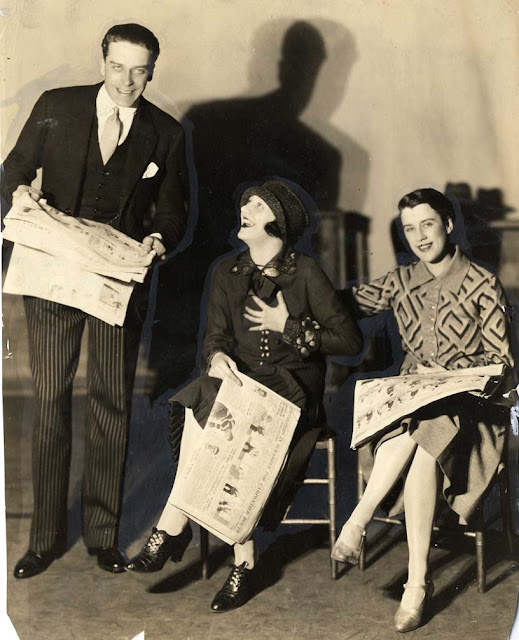 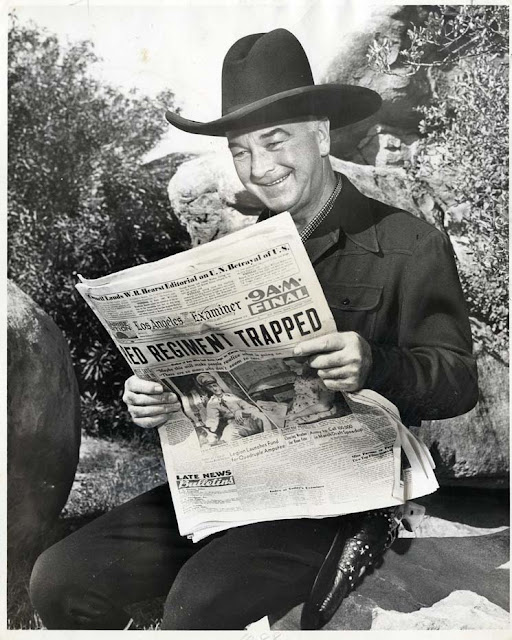 William ("Hopalong Cassidy") Boyd enjoys a copy of the  December 27 1950 issue of the Los Angeles Examiner. His comic strip would be jumping to that paper from the Mirror one week hence. 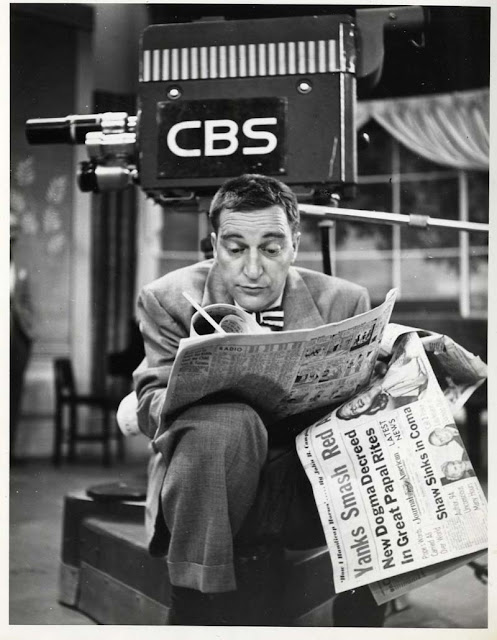 1950s TV star and game show host Garry Moore on the set of his early, local daytime show, with a copy of the New York Journal-American, 1950. 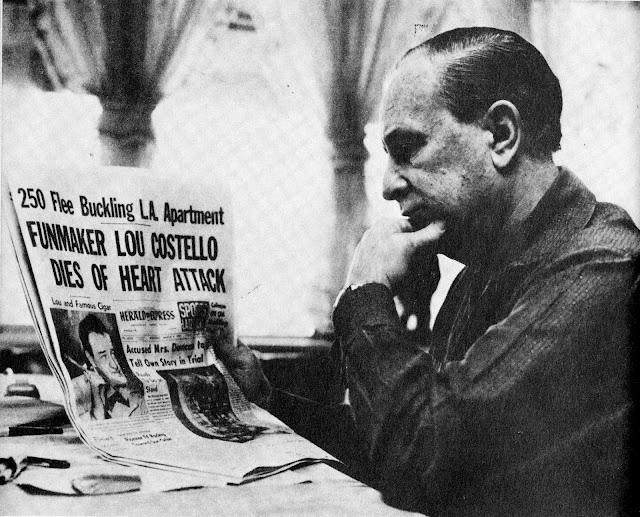 Bud Abbott reads about his ex-partner Lou Costello's death the day before in the March 4 1959 issue of the Los Angeles Herald-Express.

Comments:
Hopalong Cassidy: The Comic Strip ought to make a great Obscurity of the Day feature!!!