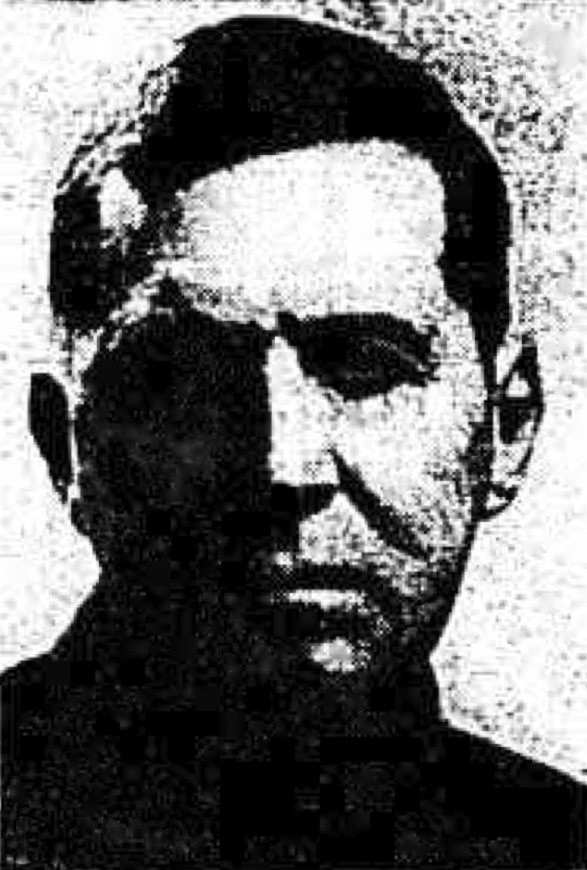 Alonzo Vincent Warren aka Jack A. Warren was born in Montgomery County, Indiana on April 20, 1886. There are two family trees, at Ancestry.com, devoted to him. One tree cites the Montgomery County, Indiana, Index to Birth Records, 1882-1920, Volume III, page 147, for the birth information. His parents were Ora and Mary who divorced in 1886. His mother remarried in 1891 to John L. Vanarsdall, a farmer.

The 1900 U.S. Federal Census recorded the family in Union, Indiana. The Hastings News (Hastings on Hudson, New York), February 7, 1936, said he was born in Crawfordsville and

…In his youth Mr. Warren accompanied his father, Ora Warren, a stock man, to Montana and Wyoming. From those wide, open spaces they brought back wild horses. These they tamed and divided into their proper classes: saddle stock, light harness and farm horses. They then took them to the great horse markets in Indianapolis.

It was not long, however, before Jack Warren, who really wanted to paint, left for Cincinnati, the Queen City of the Middle West, to study art at the Art Academy in Eden Park. There he studied under the great American painter, Duveneck. Later he came east to complete his studies at the Art Students’ League of New York.

A profile in the Chatham Courier (New York), February 21, 1952, said he studied commercial art at an unnamed school in Michigan. That school may have been the Lockwood Art School in Kalamazoo.

Warren was recorded twice in the 1910 census: in Crawfordsville with his parents, and in New York City. In Manhattan, he, artists Bert Carmichael and a Japanese man boarded at 147 West 84th Street. At some point he returned to Indiana.

The family tree said he married Dorothy in 1911. According to his World War I draft card, signed September 12, 1918, they lived in Indianapolis at 2219 North Alabama Street. He was a commercial artist employed by R.W. Franklin, 424 North Meridian Street. Warren returned to New York City.

The 1925 New York State Census recorded him and his family, which included four-year-old daughter, Mary, on Lefurgy Avenue in Greenburgh, Westchester County, New York. He was a commercial artist. In this decade, according to the family tree, his father passed away in 1921 and his mother in 1929.

According to the 1930 census they resided in Hastings-on-Hudson, New York at 40 Fairmount Avenue. He was a magazine artist. According to American Newspaper Comics (2012) Loco Luke was his first comic strip, which ran from July 5, 1935 to April 4, 1936. Next, he and writer, Tex O’Reilly, transformed the strip into Pecos Bill which ran from 1936 to 1937. Both would be reprinted (or continued? -- Allan) in comic books, a field to which he contributed much material in the 1940s.

For the Works Progress Administration he painted a mural for the high school in 1936. And as a band leader, the Hastings News said he did fundraising for the local Boys Scouts.

If plans do not fail him, Jack A. Warren, cowboy-artist leader on the 2-R Cowboy Band, will be taking his boys, known as the Explorer’s Group, to Camp Wiccopee, the official Hendrick Hudson Boy Scout Camp near Cold Springs, next summer.

“We’ve got to get a chuck wagon, otherwise known as a truck, to carry our duffle, and we’ve got to get teepees to establish a 2-R outpost at the camp,” he told a reporter of the News.

…The band, an unique musical group, was organized several years ago through the suggestion of Dr. Theodore Myers, principal of the Hastings High School, who was instrumental in stimulating the growth of the Scout movement here.


Mr. Warren, who is particularly suited for leadership of the band, was appointed by the Hendrick Hudson Council of Boy Scouts of America to the position….

…The boys of the band, following the tradition of Camp Wiccopee, wear costumes patterned after clothes worn on the Western frontier during pioneer days.

“They get a big kick out of it,” Mr. Warren. “Because, you know, all boys of the ages of sixteen to twenty like to identify themselves with the cowboys and Indians of early American days. It provides the romance, color and heroic feeling they need.”…

He has not been found in the 1940 census. The Chatham Courier, October 19, 1944, profiled Warren’s daughter, Betty. (In the 1920 Federal census and 1925 New York State Census her name was recorded as Mary.) At the time her parents lived in Elmridge Farms.

In nearly 40 years of advertising art experience Mr. Warren has worked for the New York Sun, trade publications such as Iron Age and Motor Boating and the George Matthews Adams and King Features syndicates. He has free lanced for New York City agencies in national advertising campaigns.

The Albany City Directory 1950 listed his address as Malden Bridge, and his occupation as art director.

His daughter was director of the Palm Tree Art Gallery in Sarasota, Florida, and she exhibited her father’s work including drawings from his book, Horse and Buggy Days. The exhibition was announced in the Sarasota Herald-Tribune, February 1, 1953.

Comments:
Thanks for this information on Jack Warren - whose "Calling 2R" series in "Target Comics" piqued my interest. - John H (4CP.posthaven.com)

Some of this is interesting and accurate. However Jack's daughter (my mother) was Betty Warren, renowned portrait painter. She died November 8, 1993.