Vincent A. Paul “Vin” Sullivan was born in Brooklyn New York on June 5, 1911, according to passenger lists at Ancestry.com. in the 1915 New York State Census, he was the second of three children born to John and Isabel. His father did clerical work at a clearing house. They lived in Brooklyn at 83 Macon Street.

The Sullivans remained at the same address in the 1920 U.S. Federal Census and 1925 New York State Census. The Brooklyn Daily Eagle (New York), July 8, 1925, named the Junior Eagle’s new club members. Sullivan was in the Art Club. Four years later he was among the Brooklyn Preparatory School graduates listed in the Eagle, June 18, 1929.

In 1930 Sullivan was the third of six children. The Eagle, October 1, 1931, noted his travel with his parents: “Vincent A. Sullivan of 83 Macon St., son of Mr. and Mrs. John F. Sullivan, sailed yesterday at noon for the Bahama Islands on the Scythia.” His next voyage was with his older brother and friend, according to the September 5, 1933 Eagle: “Frank A. Sullivan and Vincent A. Sullivan of 83 Macon st. and George Hunt of 421 Hancock St. sailed Saturday on the Atlantida of the American Fruit Lines for a cruise in Caribbean waters. They will stop at Santiago del Cuba, Kingston, Jamaica, and La Ceiba, Honduras.”

National Allied Publications, founded in 1934 by Major Malcolm Wheeler-Nicholson, was the forerunner to DC Comics. The Ten-Cent Plague: The Great Comic-Book Scare and How It Changed America (2009) said Sullivan was a staff writer. In a few years Wheeler-Nicholson would leave due to financial difficulties. As the editor, Sullivan bought Superman from creators Jerry Siegel and Joe Shuster. He drew the cover of Detective Comics number one. 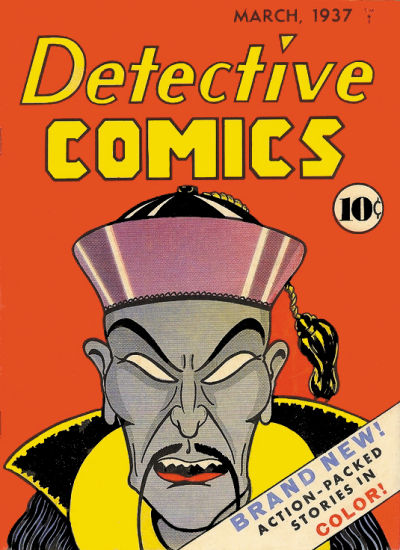 The 1940 census recorded Sullivan, his parents and four siblings in Brooklyn at 717 East 18th Street. He would be the first to marry as reported in the Eagle, March 15, 1940: “Miss Mary Christine Patrick, daughter of Mrs. George Patrick of 834 Lincoln Place, will be married to Vincent A. Sullivan, son of Mr. and Mrs. John F. Sullivan of 717 E. 18th St., on April 13 at St. Gregory’s R.C. Church. The Rev. Father Hanley will officiate….” 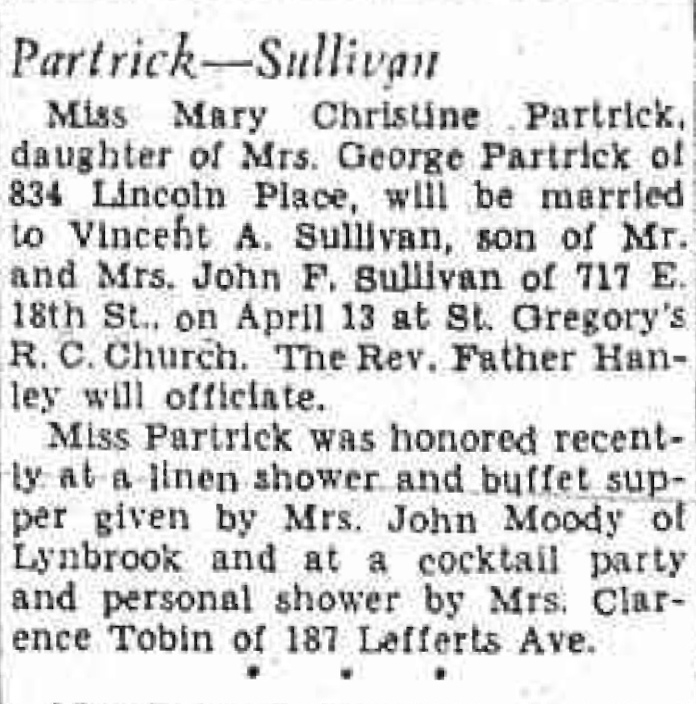 A week before the wedding he had his bachelor party, according to the Eagle, April 7, 1940:

Vincent Sullivan Guest at Party
Vincent A. Sullivan of 717 E. 18th St. was honored at a bachelor party last night in the cocktail room of the Rivoli Restaurant. Mr. Sullivan will be married to Miss Mary Christine Patrick of 834 Lincoln Place on Saturday. 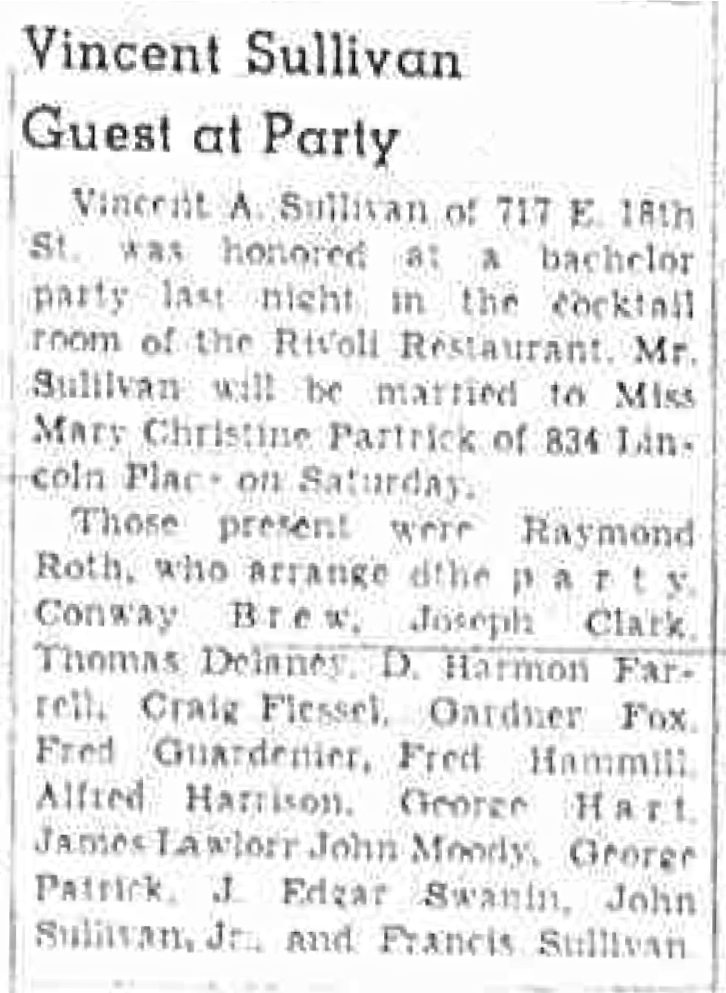 In 1940 Sullivan left DC Comics and produced Bucks McKale for the Chicago Tribune Comic Book; his character debuted June 30, 1940 and ended April 11, 1943. He went on to found Magazine Enterprises, in 1943. His comic book credits are here.

VINCE SULLIVAN, ORIGINAL DC EDITOR, PASSES AWAY
On Wednesday, February 3, DC Comics’ first editor, Vince Sullivan, passed away after succumbing to cancer. He was 88 years old. More than sixty years ago, in 1938, Vince Sullivan was the editor of Detective Comics, the flagship title of fledgling comics publisher National Allied Publishing. He was searching for material to fill a proposed new series, Action Comics, when he saw a proposal from two young comics creators for a strip about a brand-new kind of hero — a “super-hero”. Sullivan accepted Jerry Siegel’s and Joe Shuster’s often-rejected proposal for a comic strip entitled “Superman”, and made it the cover and lead feature for the new title. When “Superman” began taking off, Sullivan turned to another young cartoonist, Bob Kane, to see if he could come up with a second costumed hero for Detective Comics. With the debut of Superman in Action Comics #1 and Batman in Detective Comics #27, Sullivan kicked off what became known as the Golden Age of American comics, and brought the world the first appearances of two of the most enduring icons of popular culture. Together, Superman and Batman would help to make National the top publisher in the industry, and keep it there over the years as it evolved into DC Comics. After leaving National in 1940, Sullivan went to work for Columbia Comics, where he launched the comics magazine Big Shot Comics, which featured the work of Gardner Fox, Creig Flessel, and Ogden Whitney, among many others. In 1943, he formed his own comic book publishing company, Magazine Enterprises, where he remained for the next fifteen years, finally leaving the industry in 1958.

After several decades away from comics, however, Sullivan was located by Golden Age comics enthusiast David Siegel, who convinced him to be a guest at Comic-Con International: San Diego 1998 last August. There he was reunited with old collaborators and warmly received by a host of comics veterans, including writer Mark Evanier, who concluded his posting of Sullivan’s passing with the following words: “He was a fine gentleman, and I was honored to spend time with him at last year’s ComicCon International. We already miss him.” Said Siegel, “I was very fortunate to find him, and very proud to help give him his last hurrah.”