In 1910, he and two siblings lived with his sister's family in Cleveland at 3893 East 57th Street. Redner, third in age of the four, performed odd jobs. His parents were born in Russia.

The Cleveland Directory 1915 listing read: "Redner Lawrence W cartoonist r 1843 W 47th NW". In the following year, the listing said: "Redner Lawrence W artist Clev Plain Dealer r 6208 Schade av NE". He signed his World War I draft card on June 5, 1917. He resided in Cleveland at 6208 Schade Avenue. His occupation was a commercial artist, who operated the Redner Studio at 306 Frederich Building. His description was medium height and build, with blue eyes and dark brown hair. Redner was sports cartoonist for the Plain Dealer. So far, his earliest known cartoon was published February 11, 1915, and his last one March 17, 1918. 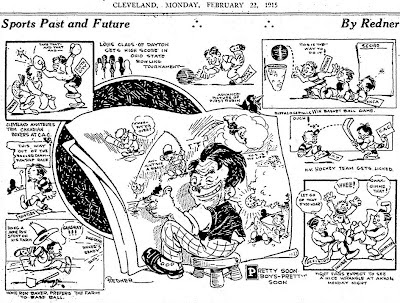 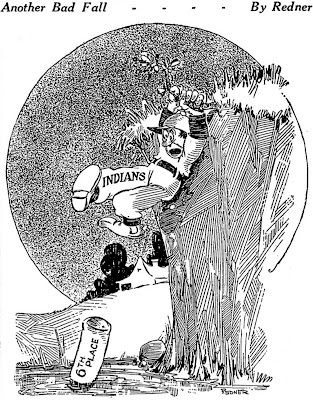 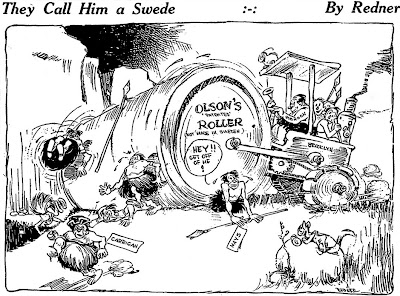 The date of his move to Akron, Ohio is not known. The 1920 census recorded him and his wife, Mary (Jane Topliff), in Akron at 1563 Overlook Pine. He was an artist in the rubber works industry. The Akron Directory 1920 named the company he worked for: "Redner Lawrence W [Mame J] with Goodrich Co h 138 S College". Some time later, he returned to Cleveland. In 1922 he drew The Little Old Wise Man. His address was 8811 Detroit Avenue according to the Cleveland Directory 1923. The 1926 directory said he was a Newspaper Enterprise Association artist. Some of the strips he drew were Ivanhoe (1926; April 23, May 18, 21) and Jack Lockwill (1927).

A Landon School ad in Popular Mechanics, June 1925, named several cartoonists including Redner as the creator of Toby & Tike.

The date of his move to Detroit, Michigan is not known. The 1930 census recorded him in Detroit at the Bell Scott Apartments, 750 Whitman Road. He was a newspaper artist.

A World War II draft card for him has not been found. The date of Redner's passing is not known.