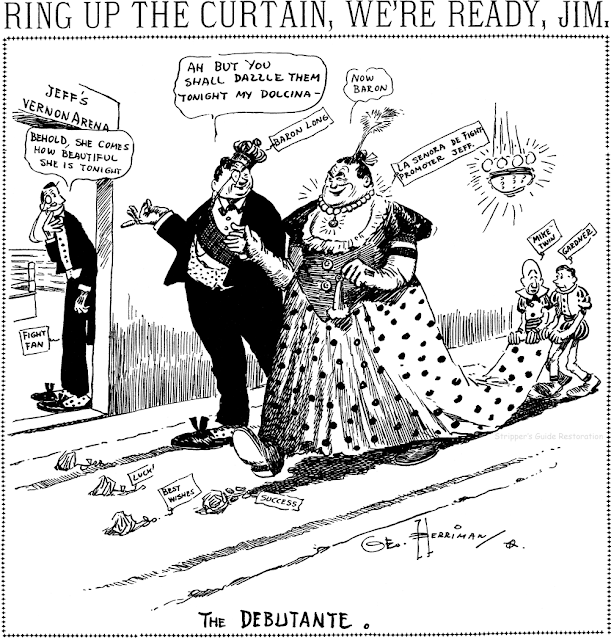 Thursday, April 23 1908 -- Last night Jim Jeffries' Vernon boxing arena had its grand opening. From reports I've seen, the card was underwhelming except for the bout between Mike 'Twin' Sullivan and Jimmy Gardner. It was advertised as a World Welterweight Title fight. However, I detect an air of disbelief in reports, perhaps the title may not have been properly up for grabs. In any case, Sullivan won the bout and retained his title.

Comments:
As I understand it, boxing promoters were constantly making up new weight classes, presumably to create new championships. Naturally the punters tended to be incredulous of this. Welterweight was such a new one, 1914 usually being given as the date of continuous acceptance. In 1890 there were four weight divisions. There would eventually be seventeen.