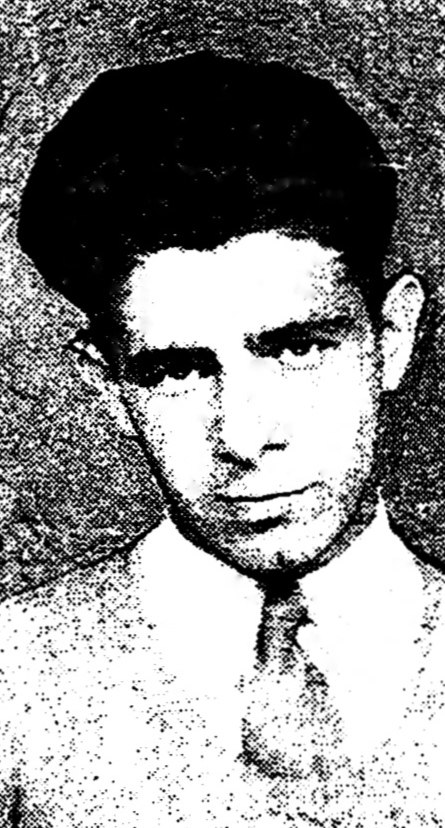 William Charles Sherb was born in Cleveland, Ohio on June 8, 1915. His full name was found in a Cleveland Plain Dealer, July 8, 1988, death notice for his mother; his birthplace was noted in the 1920 U.S. Federal Census; and his birth date was recorded in the Social Security Death Index. However, the Michigan Death Index has his birth as June 7. In the census he was the oldest of two sons born to John and Pauline, both emigrants; their marriage license said he was born in Austria and she in Roumania. They lived in Cleveland, Ohio at 1312 West 58th Street. His father was a barber.

Sherb has not been found in the 1930 census. The Plain Dealer, August 18, 1933, published a photo of him with the following caption: “William Sherb, 18, son of Mr. and Mrs. John Sherb, 5704 Detroit Avenue N.W., painted a portrait of President Roosevelt. The gift was acknowledged by the president. Sherb is a student at Gordon Barrick Studio, 5605 Detroit.” According to the New York Times, January 11, 1942, Barrick “was a director of the former Cleveland Academy of Fine Arts” and “director of The Cleveland Plain Dealer editorial art department.” The Cleveland City Directory 1934 listed him as an artist residing at 5709 Detroit Avenue. In 1939 Sherb produced the yet-to-be-found Masked Invaders strip and the holiday strip A Christmas Fantasy, which can be read in its entirety in five parts: 1 2 3 4 5.

In the 1940 census he was married to Margaret and had an infant daughter, Judith. They resided in Cleveland at 1431 West 57 Street. He and his wife had four years of high school education. His occupation was an artist for the Works Project Administration. The Plain Dealer, April 8, 1945, said he was inducted into the navy.

At this time, his next known work appeared decades later, when he provided 30 illustrations for the 1976 book, Weather Wisdom: Facts and Folklore of Weather Prediction. The Catalog of Copyright Entries, Third Series, Volume 30, Part 1, Number 2, Section 2, Books and Pamphlets, etc., July-December 1976, had this entry:


Weather wisdom; being an illustrated practical volume wherein is contained unique compilation and analysis of the facts and folklore of natural weather prediction. By Albert Lee, with 30 edifying illuminations executed by William C. Sherb. 180 p. © Albert Lee; 1Oct76; A783265.

Sherb passed away March 13, 1993, in Westland, Michigan, according to the Social Security Death Index.