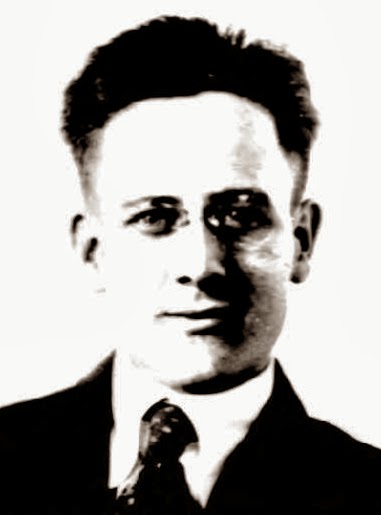 In the 1900 census, Grove was the oldest of three children born to James and Zella. The head of the household was his paternal grandmother, Mary. Also residing there were his three aunts. The address was in Center, Indiana at 408 East Ohio. Grove’s father was a house painter.

The 1910 census recorded Grove, his parents and two siblings in Cleveland, Ohio at 6505 Quimby Avenue NE. The Cleveland Plain Dealer, December 3, 1958, said he was a graduate of East Technical High School, and Pratt Institute in New York City.

Grove was a staff cartoonist for the National Enterprise Association. His passport application (see photo), dated May 27, 1918, said he started there on September 23, 1916. Grove’s first work, a panel called What Has Become Of, debuted January 9, 1917. He also provided art for the NEA publication Pep. 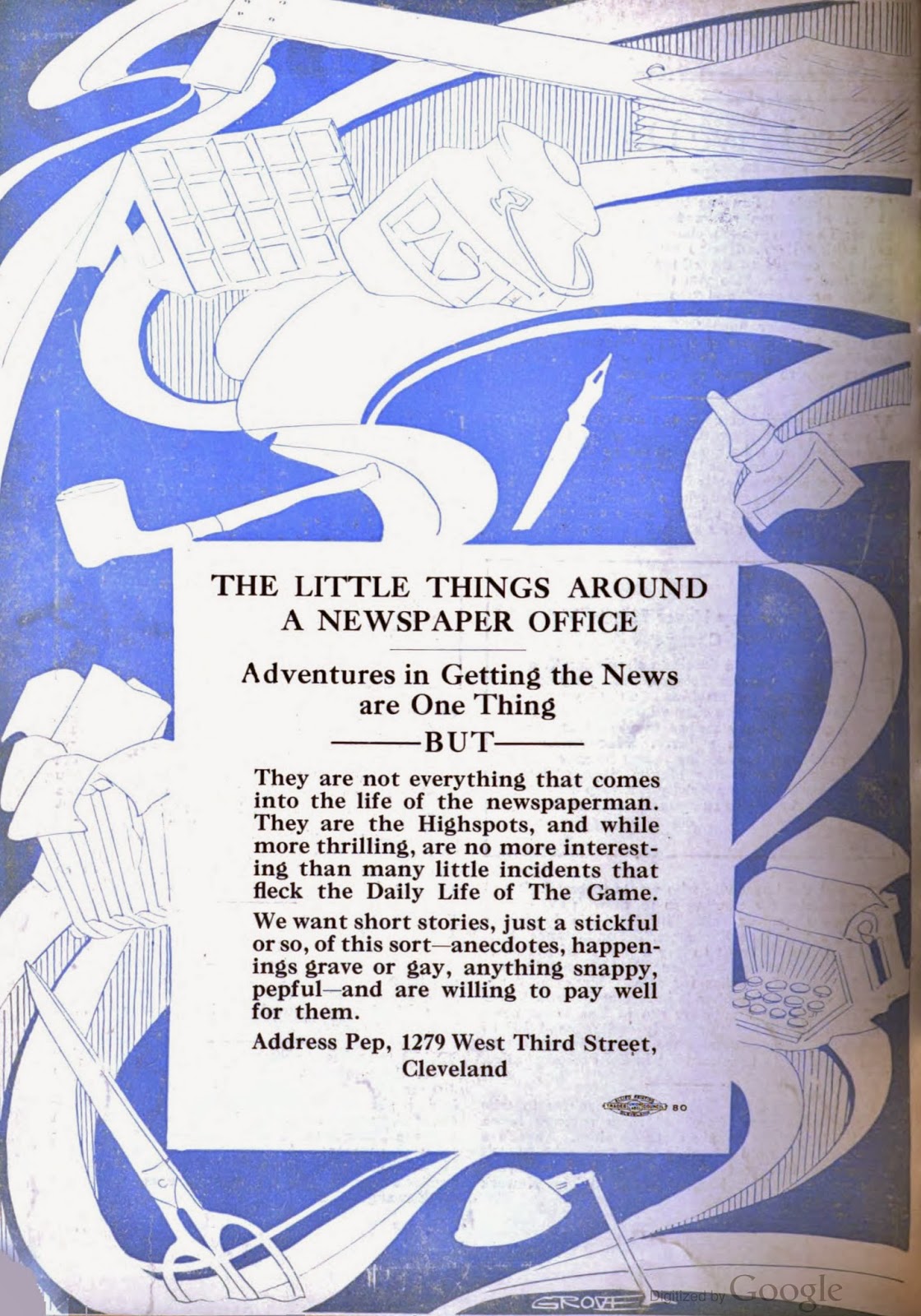 Grove signed his World War I draft card June 5, 1917. His passport application had a letter, from the local draft board, that said Grove had “Deferred Classification 2-D”. The purpose of his overseas travel was: “To supply war cartoons and art to the corporation which furnishes same to three hundred twenty six daily newspapers in the United States.” That corporation was the NEA which sent a letter, dated May 31, 1918, to the Department of State:


This is to certify that Mr. James Roy Grove, now applying for passports for the countries of Great Britain, France, Switzerland and italy, and for the A.E.F. [American Expeditionary Force] in France, has been appointed artist correspondent in those countries for this organization, The Newspaper Enterprise Association. It is most imperative that Mr. Grove be allowed to obtain his passports as soon as possible, as the duties he is to perform in those countries for this concern are most urgent.

Your prompt attention in this matter is solicited and will be gratefully noted. This organization vouches for Mr. Grove’s responsibility and loyalty in every particular.

A passenger list showed Grove returning on November, 23, 1918 at the port of New York. 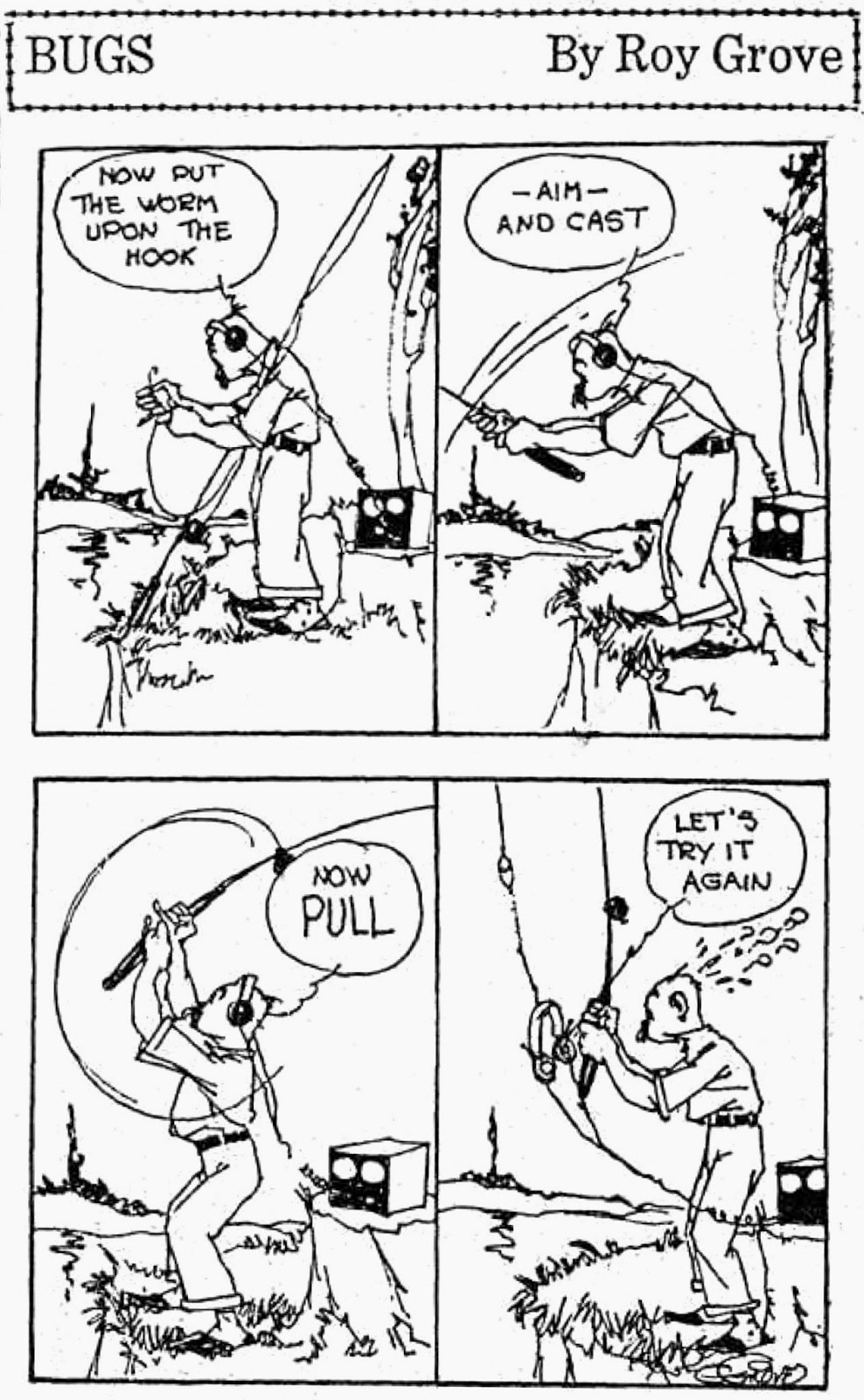 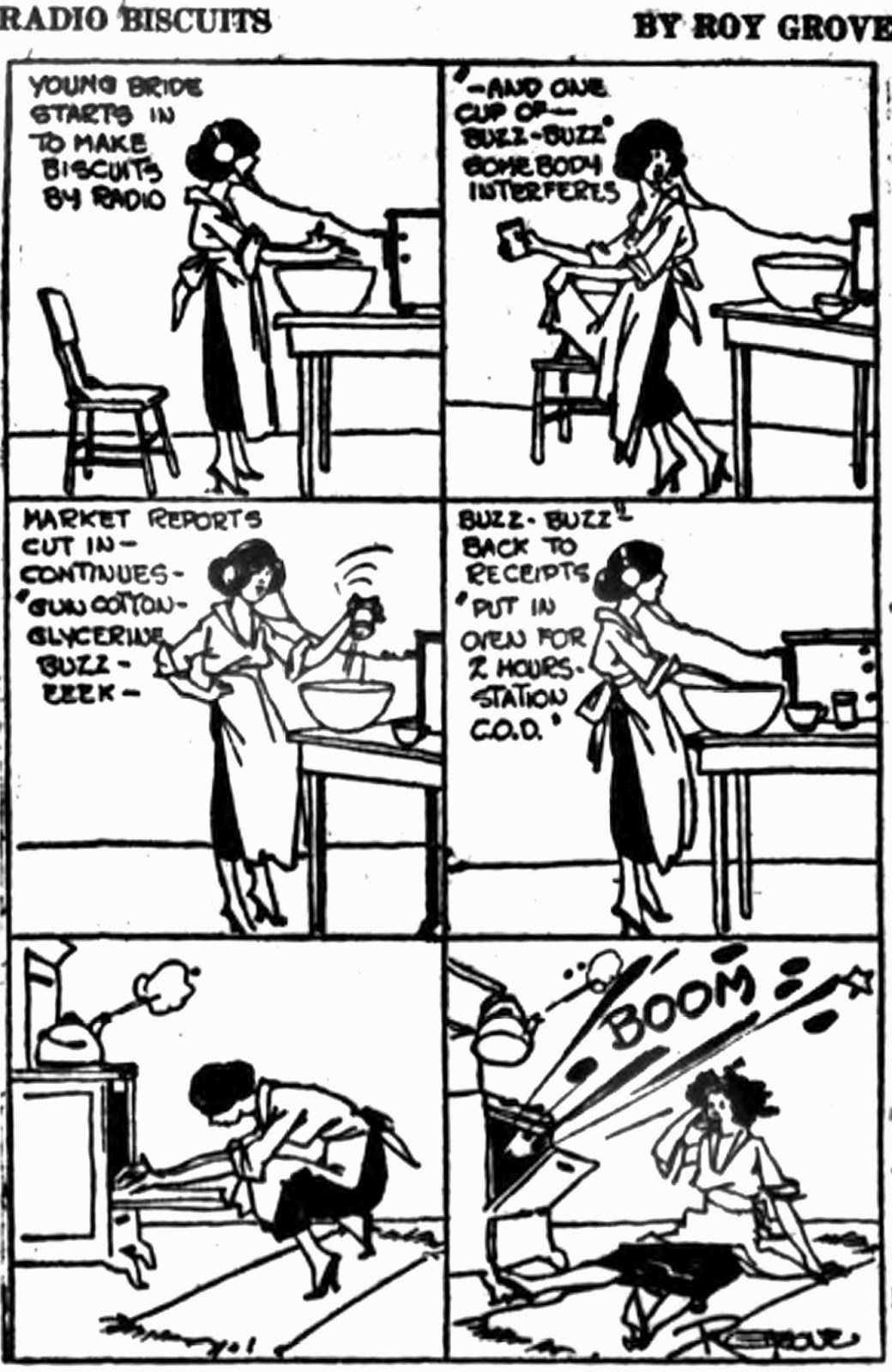 According to American Newspaper Comics (2012), Grove’s work included Boys in the Other Car, Bugs, Girliettes, Here’s Looking at Us, Putting the Grin into the Fight, and What’s News Today which was written by Will Rogers. The Cleveland Memory Project said he produced sports cartoons for the Jeburn Features Syndicate in the 1930s. It is not clear if those cartoons were ever published.

Grove continued to live with his parents and siblings, in Cleveland, as recorded in the 1920 census. Their address was 2933 Coleridge Road, which would be Grove’s home for the rest of his life. Cartoonist Walter R. Allman was his neighbor who lived at 2959.

Grove and his parents were recorded together in the 1930 census. He was a proprietor in the business of “publishers services.” In 1940, Grove was a self-employed commercial artist.

On April 25, 1942, Grove signed his World War II draft card. He named his mother as the person who would always know his address. Grove’s art studio was located at 706 Citizens Building. According to the Plain Dealer, he was employed, some time later, at the Carpenter Advertising Company.

Grove passed away December 2, 1958, in Cleveland. His death was reported the next day in the Plain Dealer:

J. Roy Grove, a commercial artist, died yesterday in Hanna House at the age of 65.


Currently he had been with the Scheel Advertising Agency, Inc., and previously with the Carpenter Advertising Co.


In earlier years Mr. Grove was an artist and cartoonist for the National Enterprise Association. He made action sketches in Europe in World War I and did sports cartoons and sketches for NEA.


Born in Indianapolis, he was brought here and and was a graduate of East Technical High School. His advanced art training was at Pratt Institute in New York City.


He was a member of Euclid Avenue Christian Church.


Surviving him are his wife, Hazel, and nieces and nephews. His home was at 2933 Coleridge Road, Cleveland Heights.


Services will be at 2 p.m. tomorrow in the Bennett-Sharer funeral home, 11212 Euclid Avenue. Burial will be in Knollwood Cemetery.