In 1905, Cole attended the University of Kansas. In the school’s 1906 yearbook, The Jayhawker, Cole was a pledge at Sigma Alpha Epsilon. According to the Graduate Magazine, April 1922, he was in the class of 1909 but completed only one year.

Cole’s father passed away before the 1910 census. Cole lived with his mother and sister on Elm Street in Marysville; his occupation was cartoonist.

Cole signed his World War I draft card on June 5, 1917. His address was 3205 Grand Avenue in Des Moines, Iowa, and occupation was newspaper artist at the Des Moines Register and Tribune. His description was tall, medium build with blue eyes and light brown hair. His service was reported in the Editor & Publisher, June 15, 1918, and The American Printer, July 5, 1918.

Cole has not been found in the 1920 census, but his mother remained in Marysville, and his sister, Miriam, was a teacher in Des Moines.

The Fourth Estate, September 3, 1921, covered the annual Des Moines Printers’ Golf tournament and said Cole was paired with a writer.

The University of Kansas Graduate Magazine, April 1922, said his address was 2714 Ingersoll Avenue in Des Moines.

Cole’s title picture panel was syndicated as early as May 1922; he drew a picture and readers were encouraged, with prize money, to write a title for it. 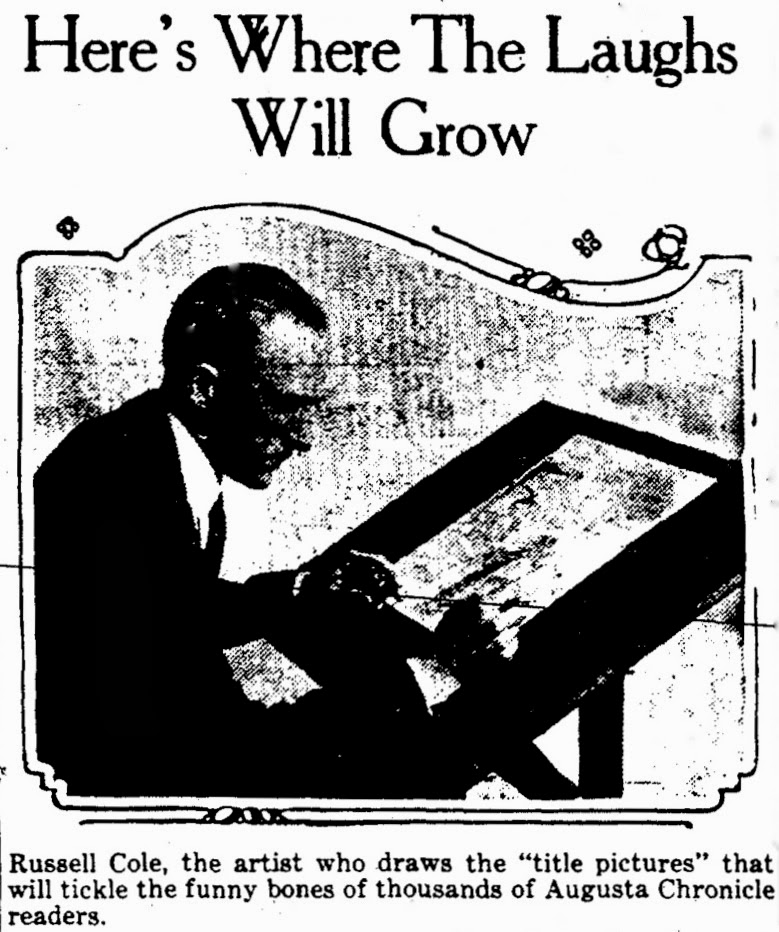 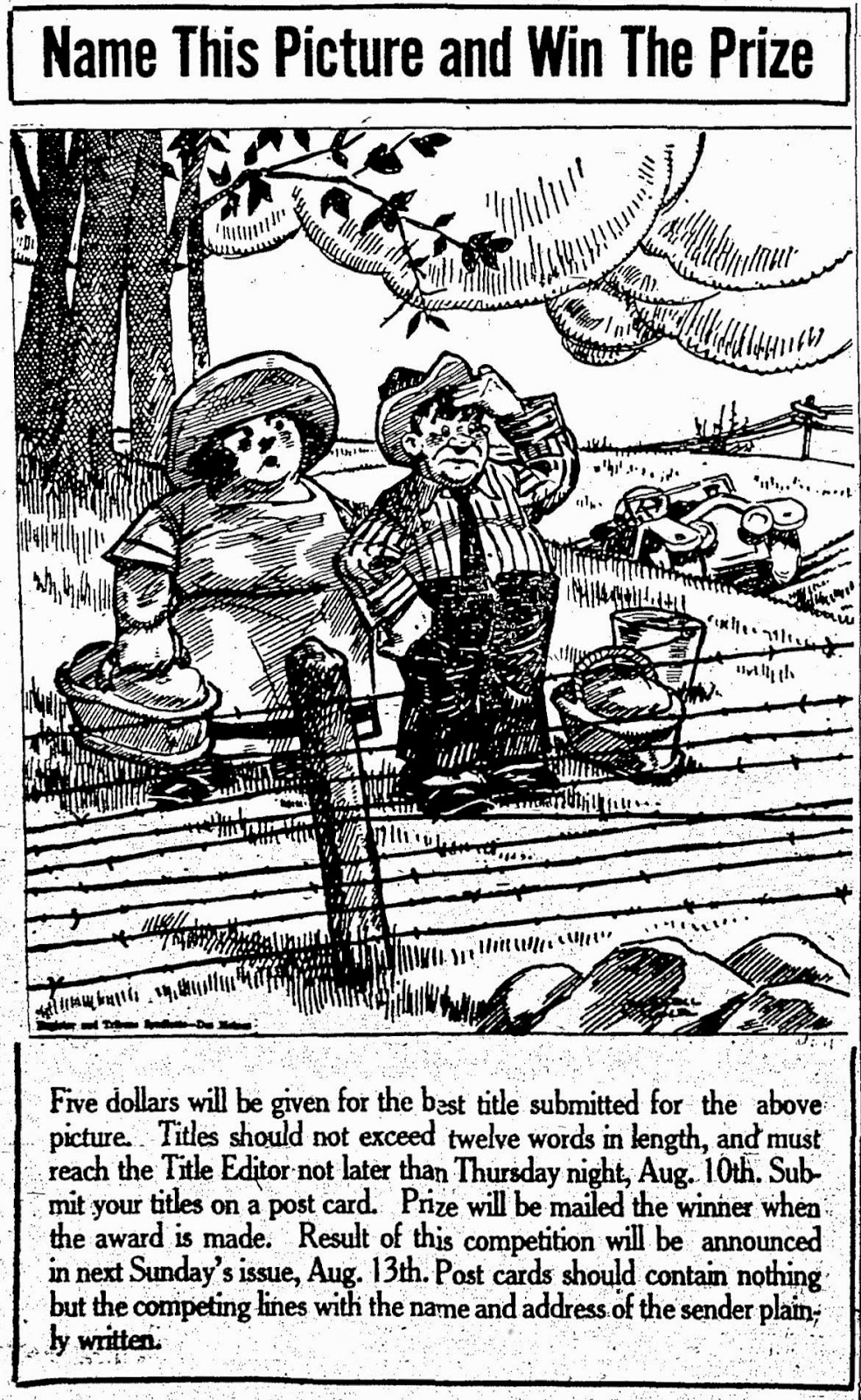 
Cole’s passport application, at Ancestry.com, said he intended to visit England and Europe. On August 8, 1924, Cole sailed from Montreal, Canada. He returned on October 31. According to the passenger list, he lived at 722 18th Street in Des Moines.

In the 1925 Iowa State Census, Cole was the head of the household which included his mother and sister.

Cole’s Pippin Junction was a daily that began in 1926. The date of Cole’s move to New York City is not known. In 1929, his comic strip, Marge, was published in the New York Evening Graphic.

Cole has not been found in the 1930 census. Beginning in 1936 he worked in the comic book industry; a list of his credits is here. Iowa Artists of the First Hundred Years (1939) had an entry on Cole:

Cole, Russell, 431 Riverside Drive, New York City. Art Department Associated Press, New York City. Cartoonist and illustrator.Lived in Iowa for a number of years and was one of the staff artists on Des Moines Register and Tribune.

The 1940 census recorded newspaper cartoonist Cole in Manhattan, New York City, at 431 Riverside Drive, where he had been living since 1935. He shared the apartment with an insurance lawyer, an oil distributor typist, and public school teacher.

Cole signed his World War II draft card on April 25, 1942, and resided at 410 Riverside Drive in Manhattan. He was five feet ten-and-a-half inches, 130 pounds, with blue eyes and brown hair.

According to the U.S. Veterans Gravesites at Ancestry.com, Cole passed away January 27, 1967, and was buried at the Fayetteville National Cemetery in Arkansas.