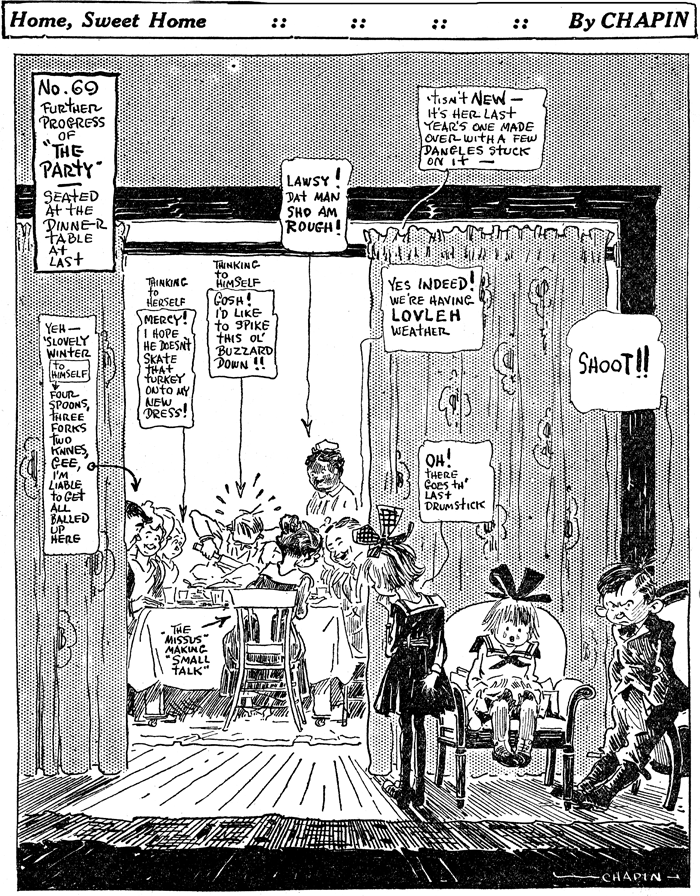 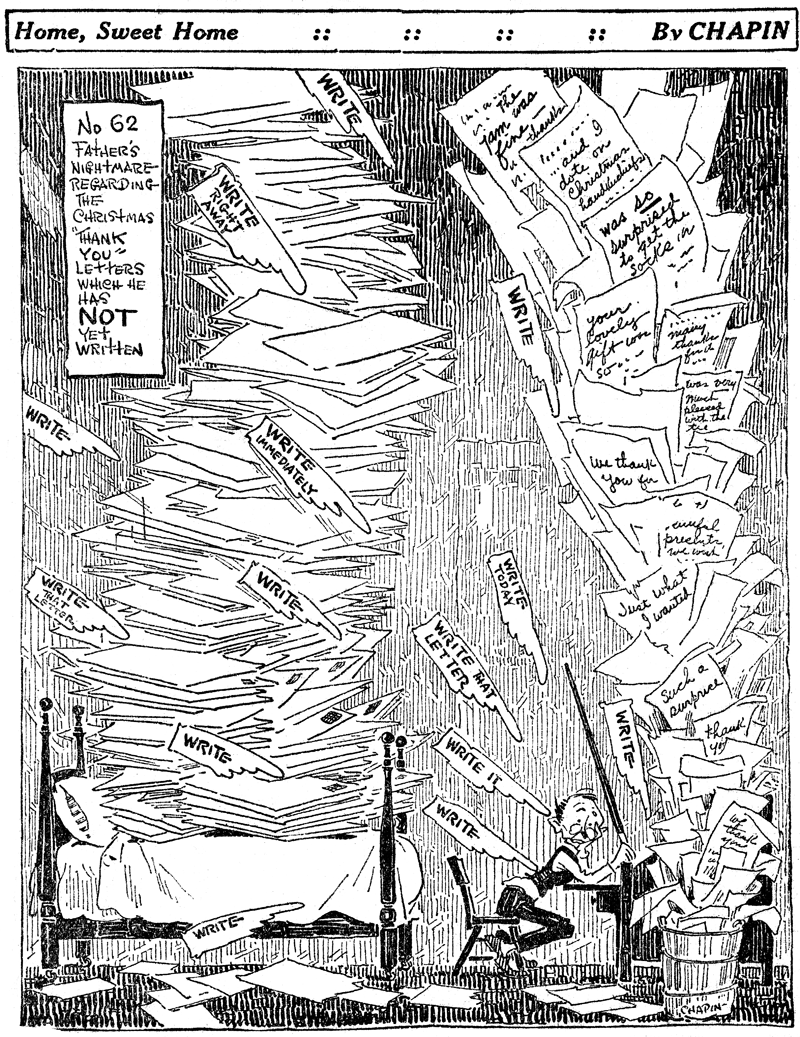 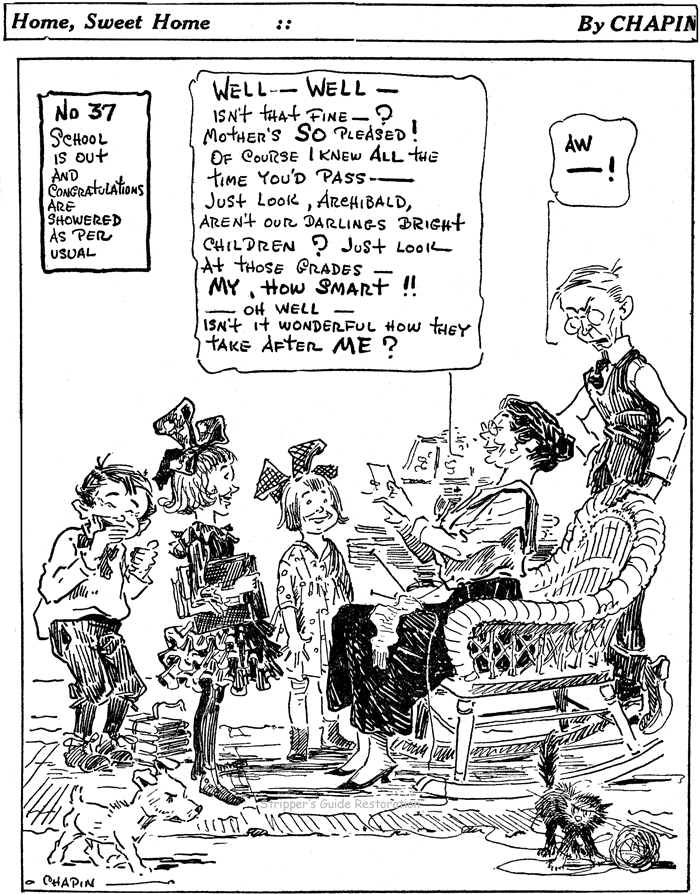 Among the many different series to bear the title Home Sweet Home we have this real obscurity by A.B. Chapin. In 1917-1919 when Chapin was the editorial cartoonist of the St. Louis Republic, he took Mondays off from the woes of the world to chronicle a family's doings under this title.

Although I only have a handful of samples of this rare series, Chapin was good enough to number his episodes so that I can say that the series began on or slightly before September 17 1917 (I say slightly before because I can also tell from the numbering that on rare occasions the feature missed a Monday appearance). My last sample of the feature is from March 10 1919, but Chapin may well have produced it for the Republic until the paper itself folded in December of that year (Chapin may have bailed out earlier than that, though).