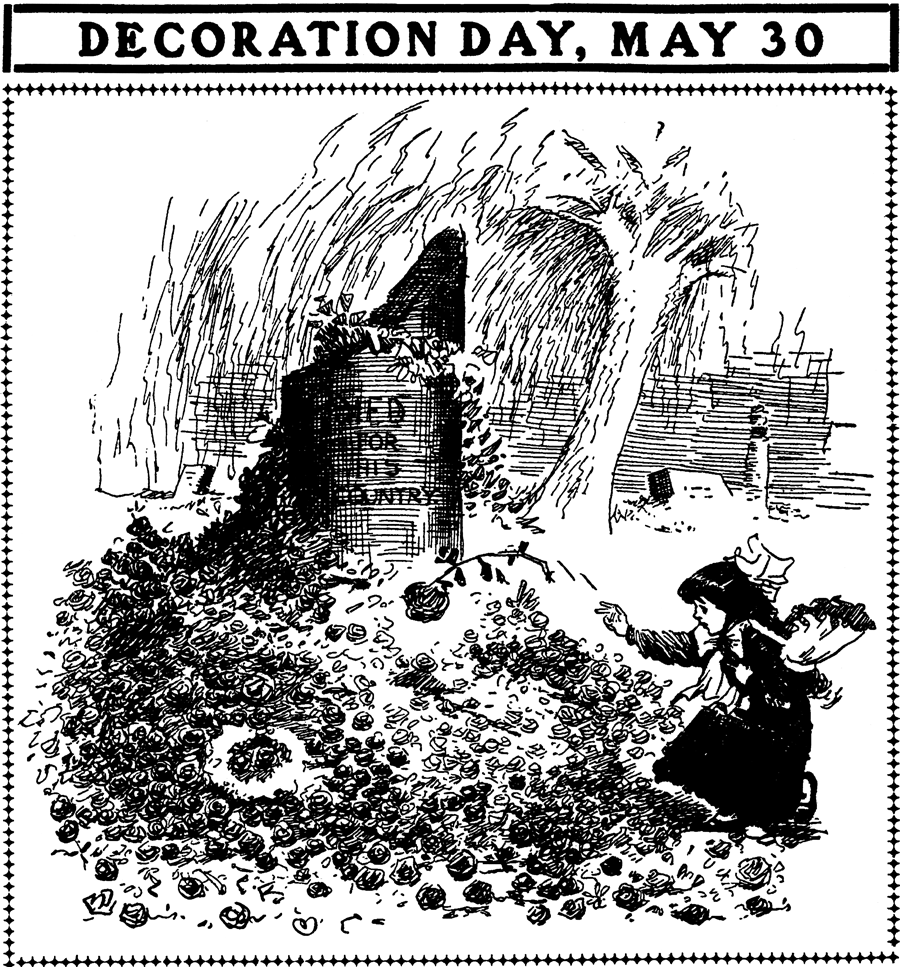 Friday, May 29 1908 -- Decoration Day is observed by Herriman in this touching cartoon that references the literal decoration of graves, the activity for which the holiday was named.

Decoration Day is the original name of Memorial Day, and used to be observed on May 30 each year, rather than the last Monday of May.

Comments:
Alan, Not to change the subject of this fine information. I would like to get your assistance on research that I am doing on the relationship of Lincoln Features, H.T. Elmo, Jack Kirby and the positive identification of cartoons he did at that time. I have been able to identify two cartoons created during this time by Kirby that are not listed anywhere during my research. We all know with certainty that Jack Kirby created Socko the Seadog under the pseudonym of Teddy (correct?). I have discovered that "SOMEDAY" and "CHUCKLE CORNER"
were signed Teddy, Ted, and H.T.Elmo which are identified as psuedonym for Jack Kirby. I have many antique cartoon printing plates of these cartoons. In addition I have other plates believed to be part of the Lincoln Features, such as Sally Snickers, Rhyming Romeos, Useless Eustace, and It's Amazing. Although I believe most of these were created by Jack Kirby it is difficult, as you commented in the past, to find records on Lincoln Features. I can send you images of any of these cartoons that I listed which may aid in your wide expansion of knowledge and information on the Lincoln Features and H.T.Elmo. Please provide me with an email that I can send images too if we can exchange background on the above. Mine is jgetsart@aol.com
I appreciate your time regarding this research. Thanks, Joe

I also just acquired a book published by H.T. Elmo in 1949 called "Its Amazing" which depicts 400 images of the cartoon drawing announcing amazing things throughout the world. This book also gives credit to Phil Berube as an artist. I understand Berube was involved with pencilling and inking many Superman comics. I have several hundred original plates of "It's Amazing" and believe Jack Kirby was involved in creating many of these. FYI

Berube's work did appear in several of National's titles. Probably Superman, Action and Adventure among others. As I remember he didn't draw comics per se but rather drew the headers that illustrated the text stories they were legally required to add.