Raymond Oscar “Ray” Evans was born in Columbus, Ohio on December 1, 1887, according to his World War I and II draft cards. His full name was found at Ancestry.com in the Ohio, Births and Christenings Index, 1800-1962.

In the 1900 U.S. Federal Census, Evans was the oldest of four children born to Oscar, a ticket agent, and Mary. They resided in Columbus at 1047 Highland Street.

According to the Annual Report of the Board of Education of the City of Columbus for the School Year Ending August 31st, 1906, Evans attended North High School where he wrote the class song. Later that year he enrolled at Ohio State University. During his four years there, he was artist for the campus newspaper, The Lantern, The Sun Dial, the yearbook, Makio and other publications. He graduated with a Bachelor of Arts degree in June 1910. 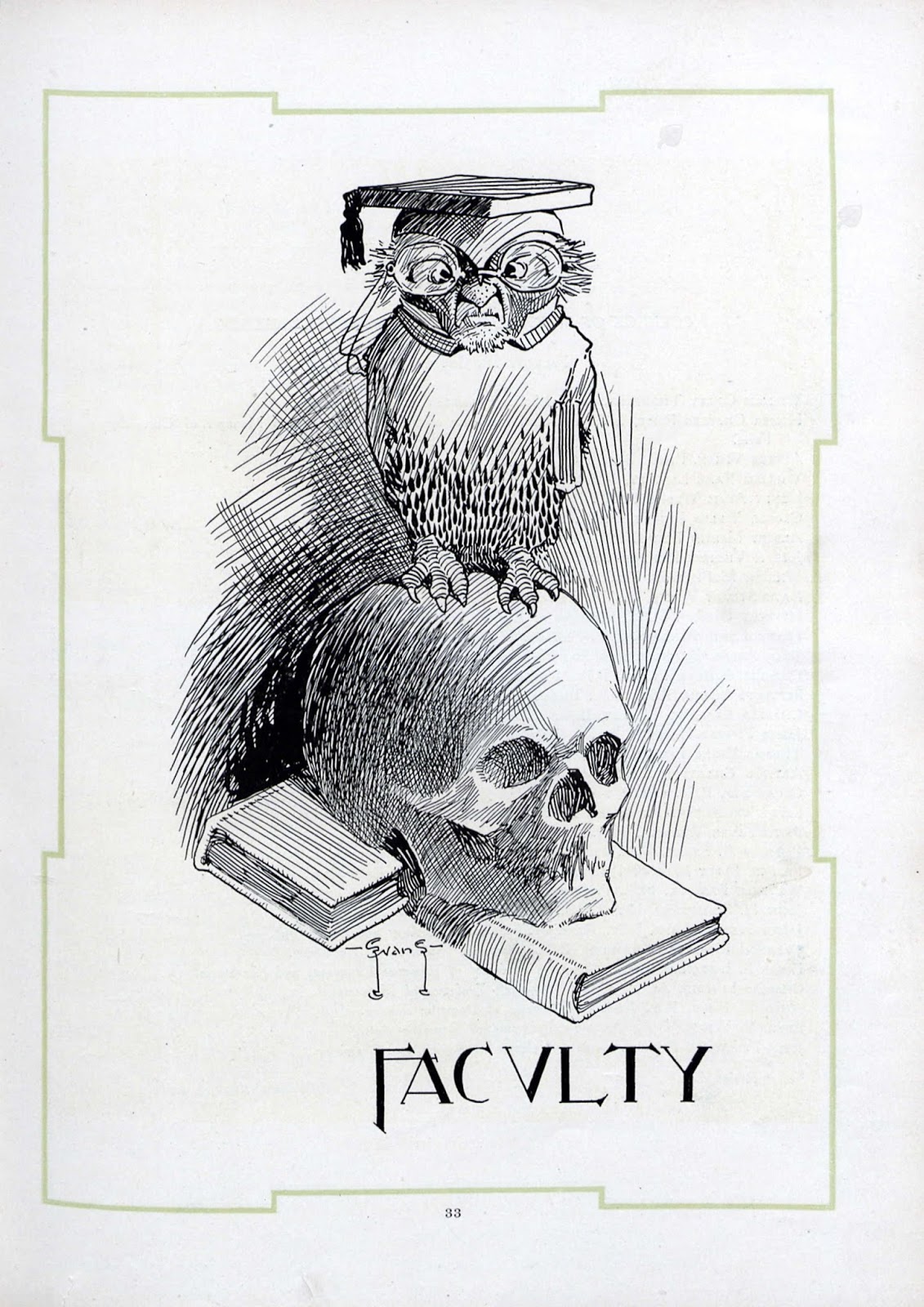 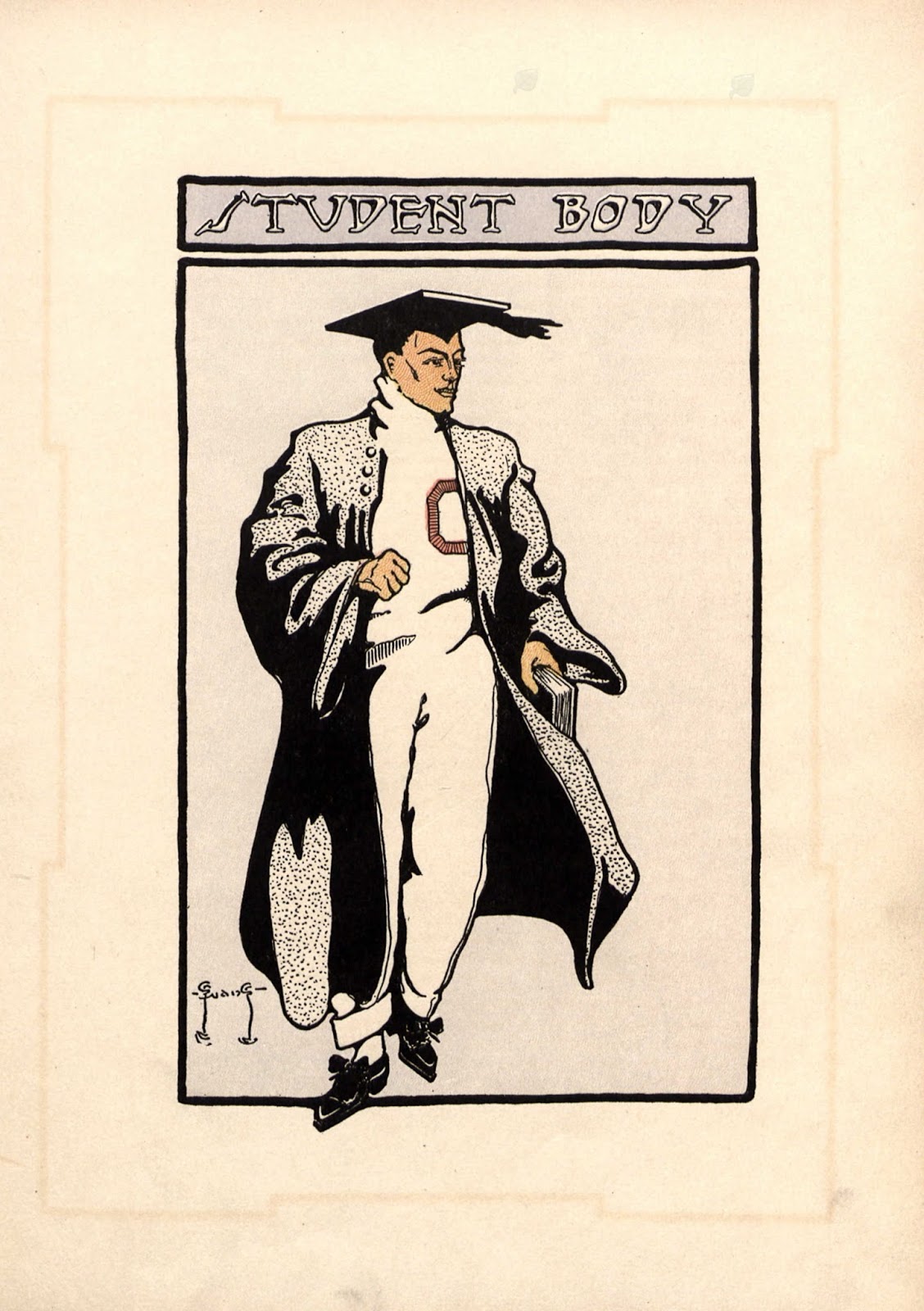 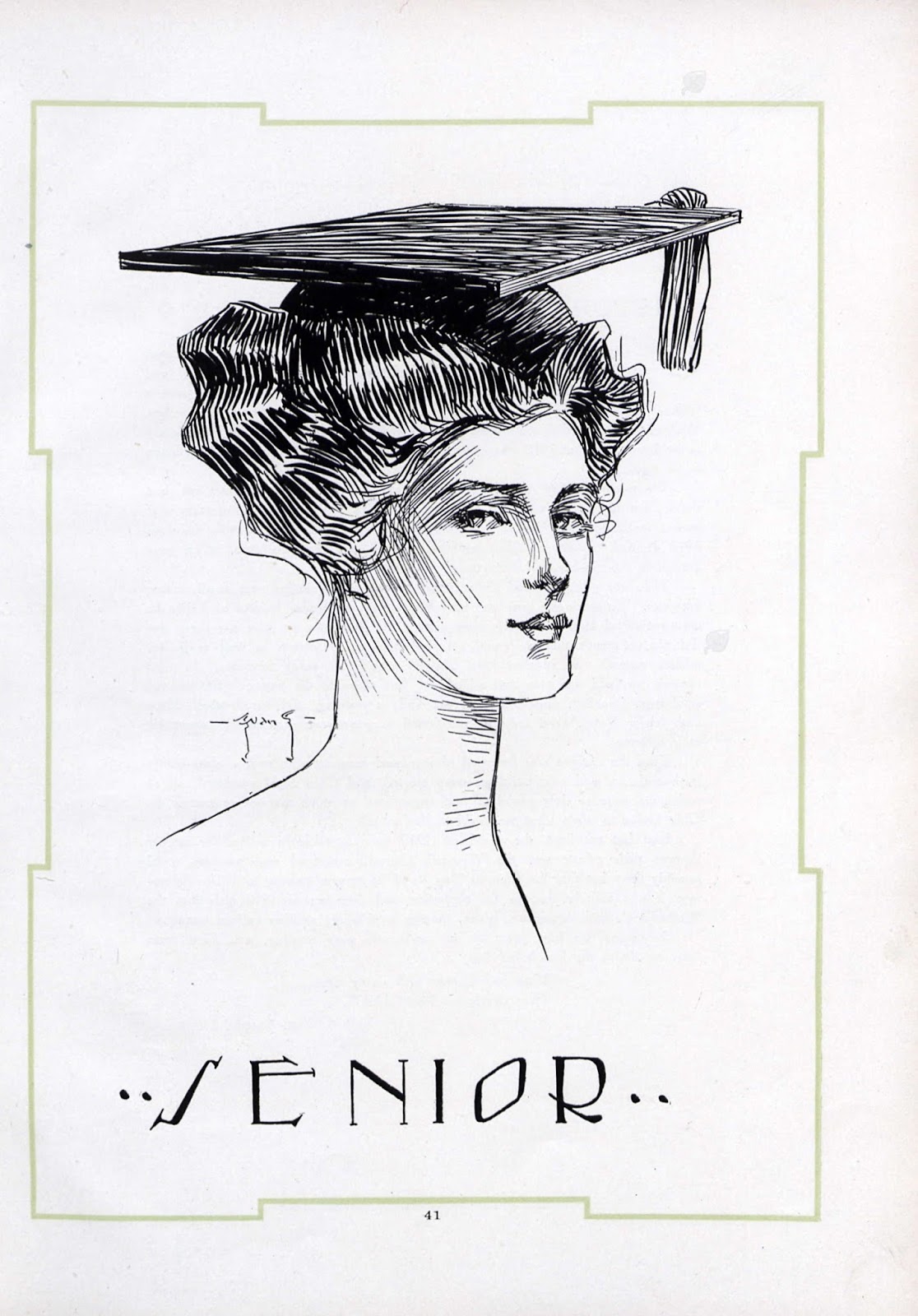 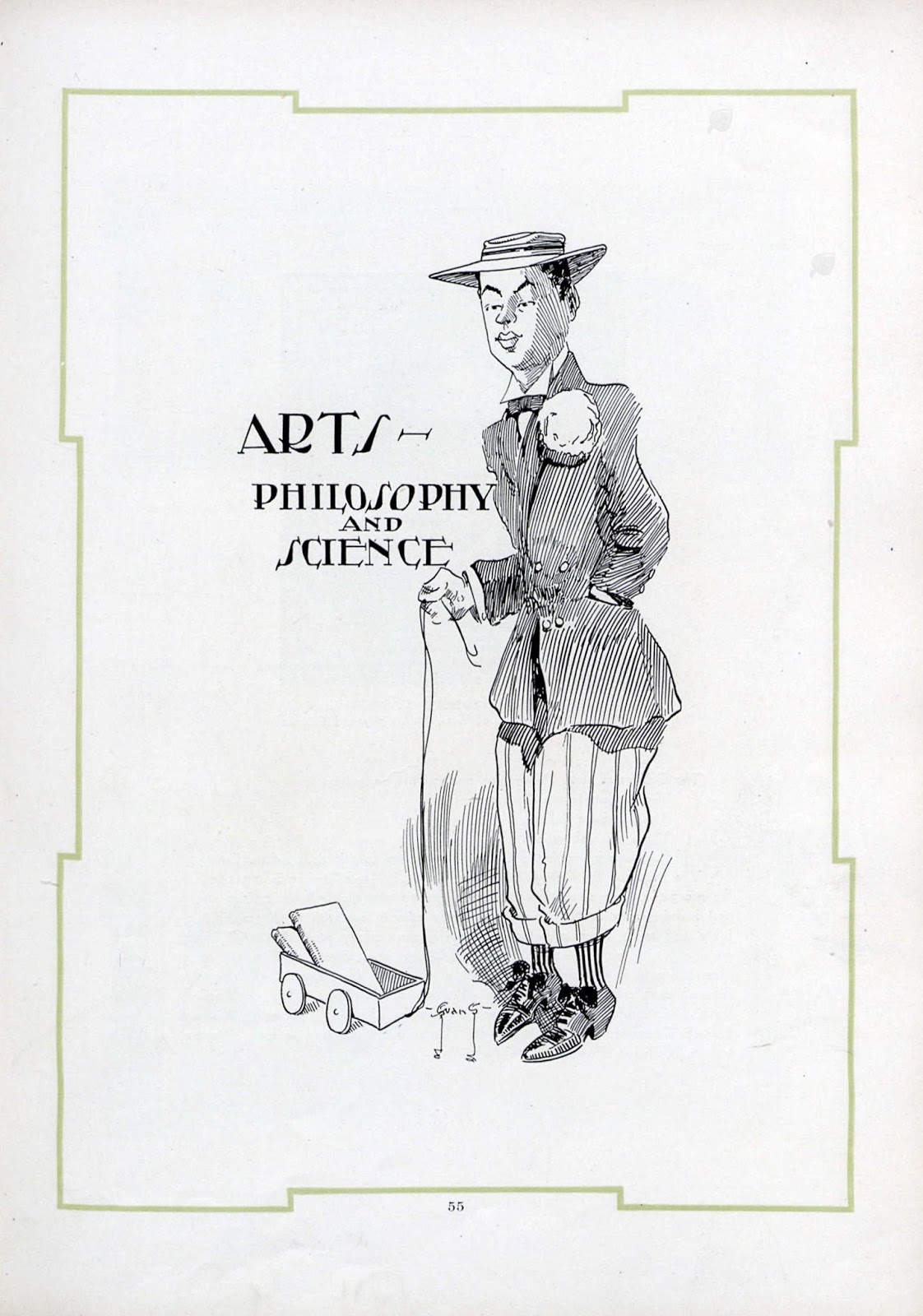 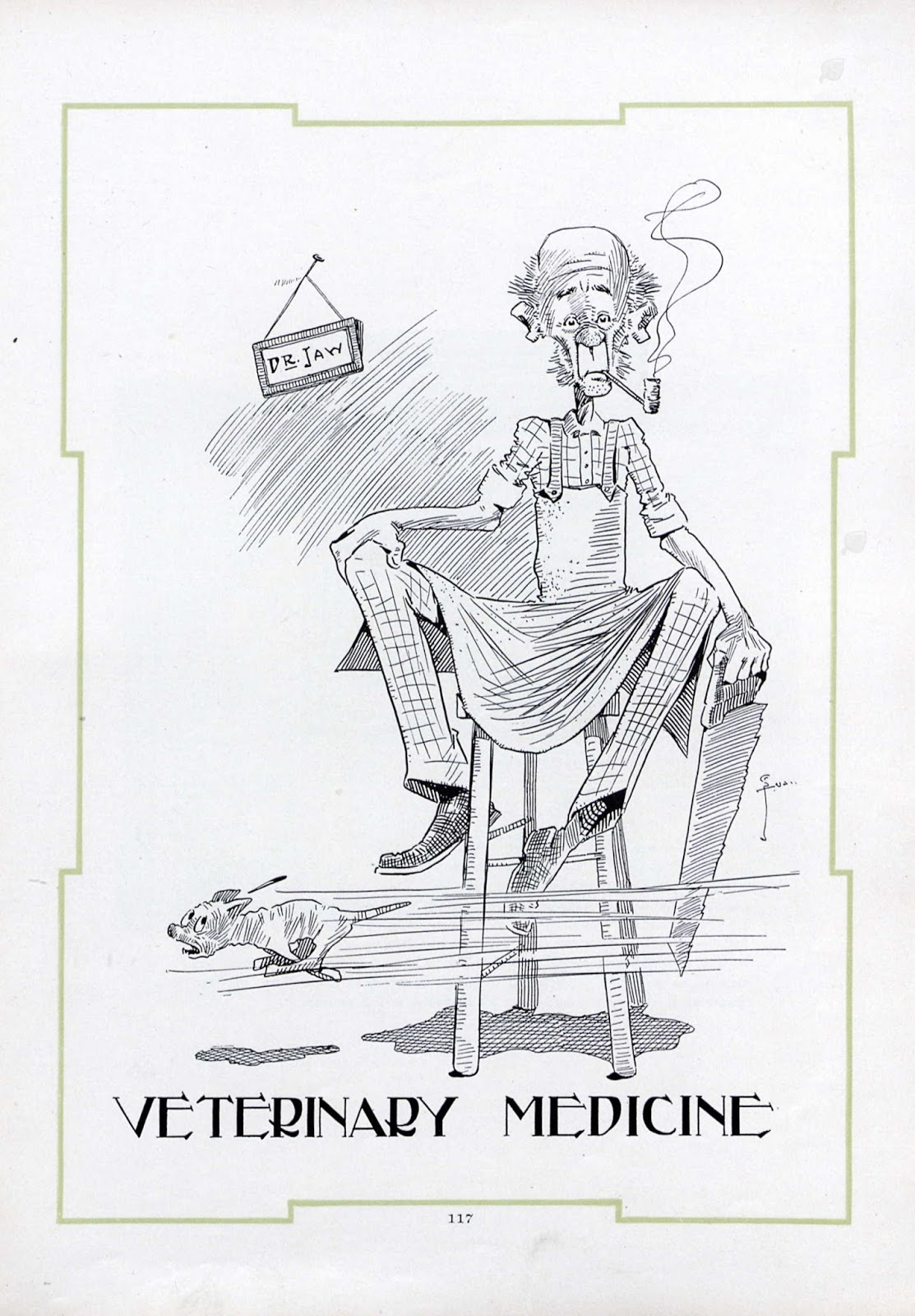 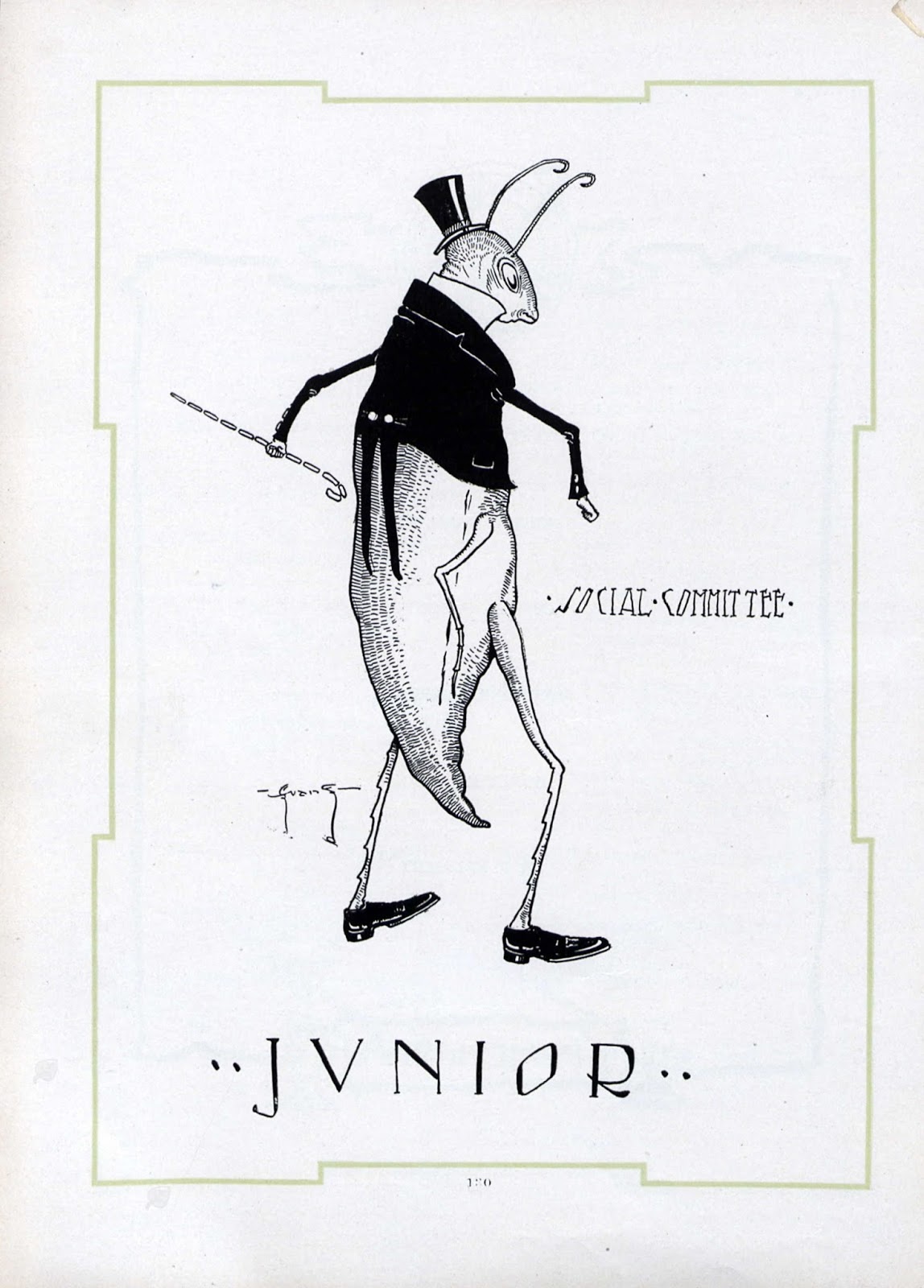 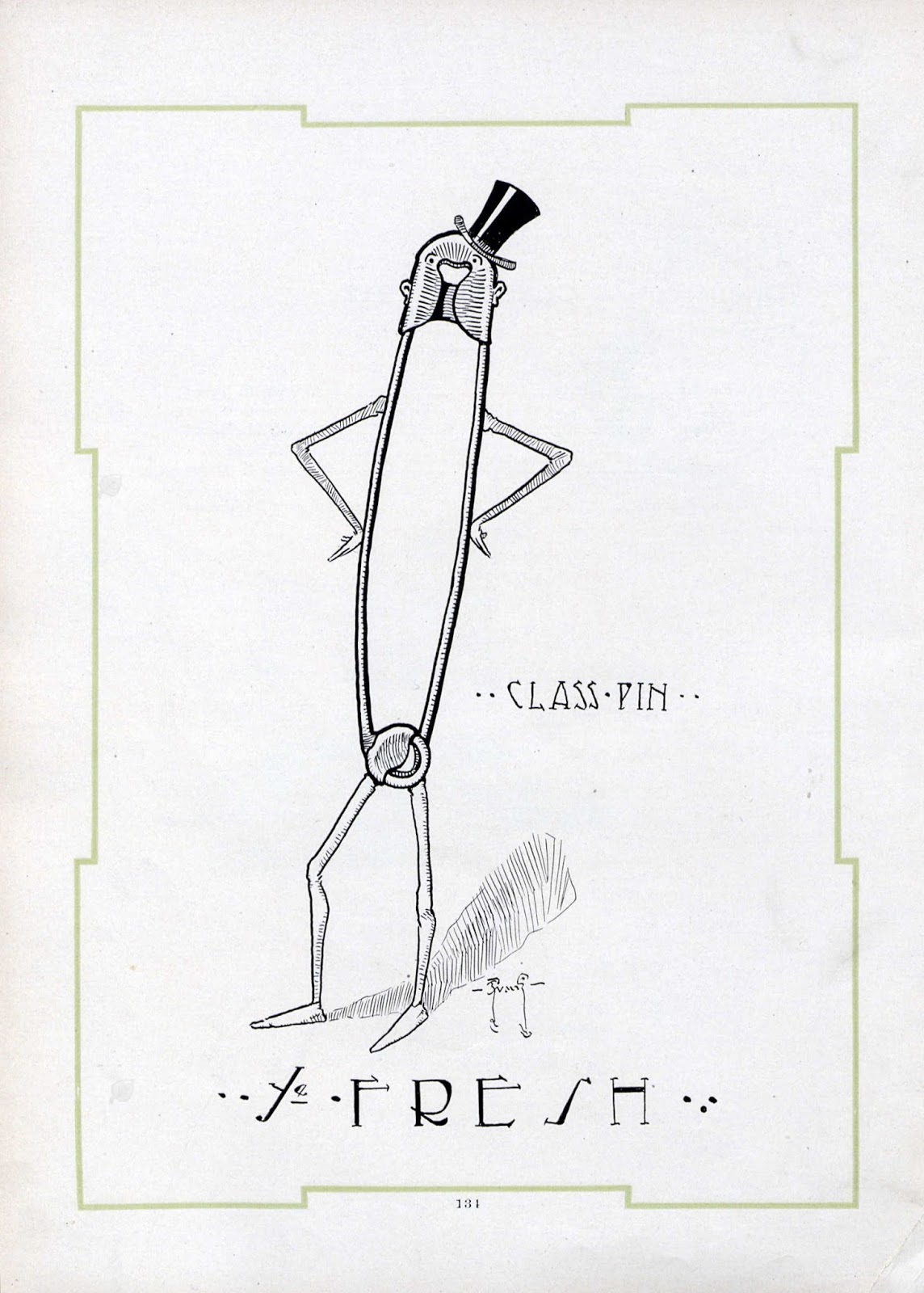 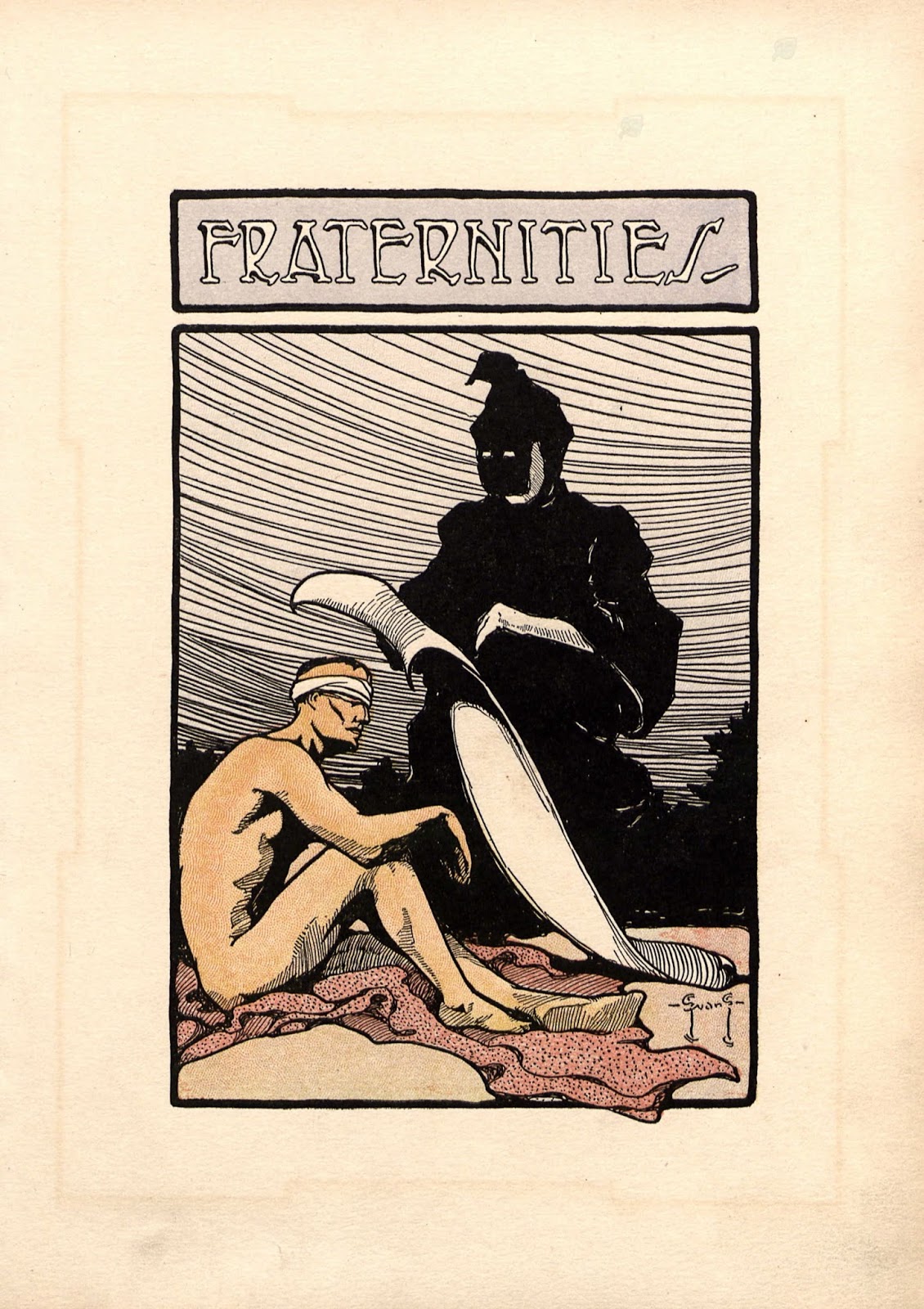 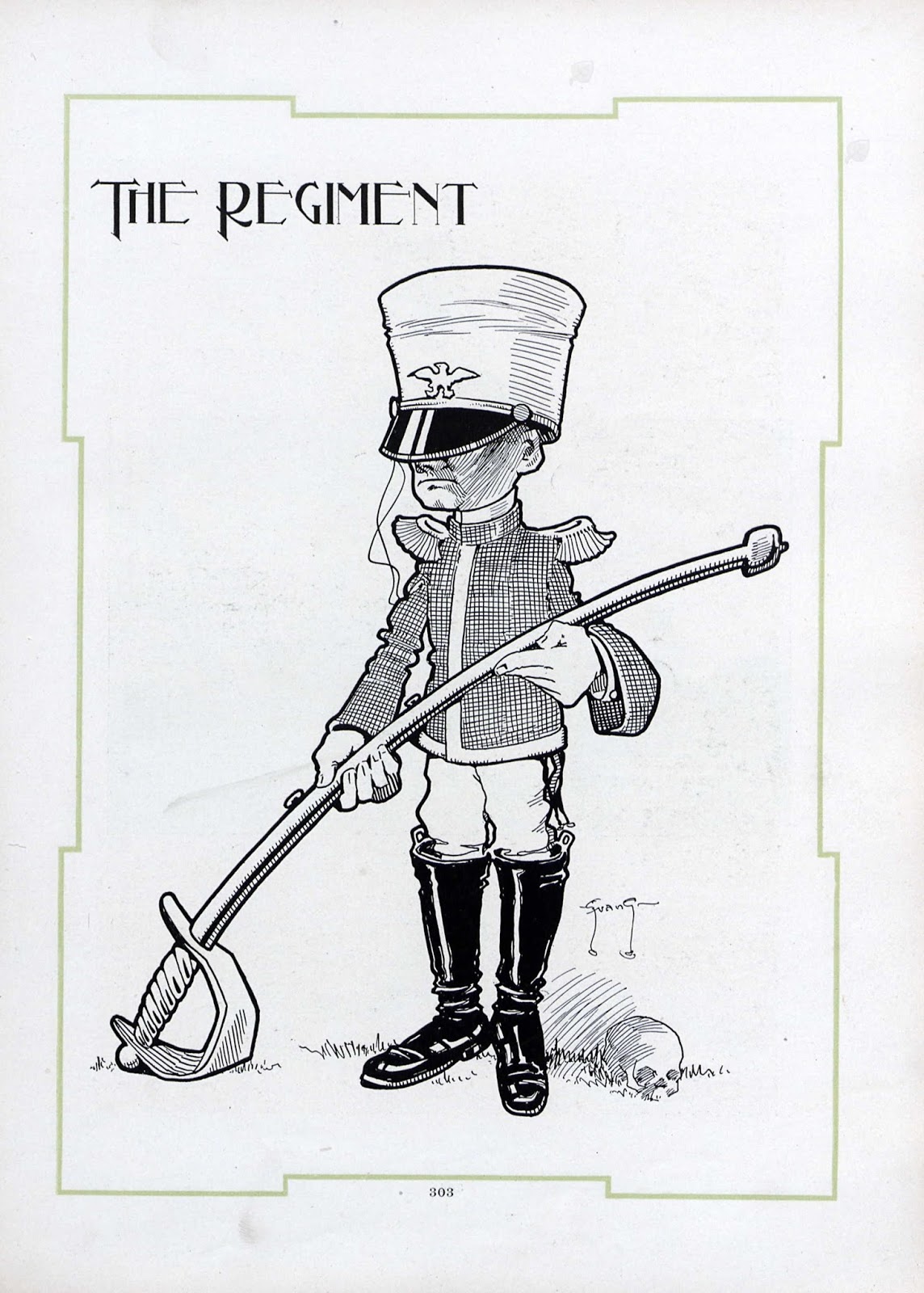 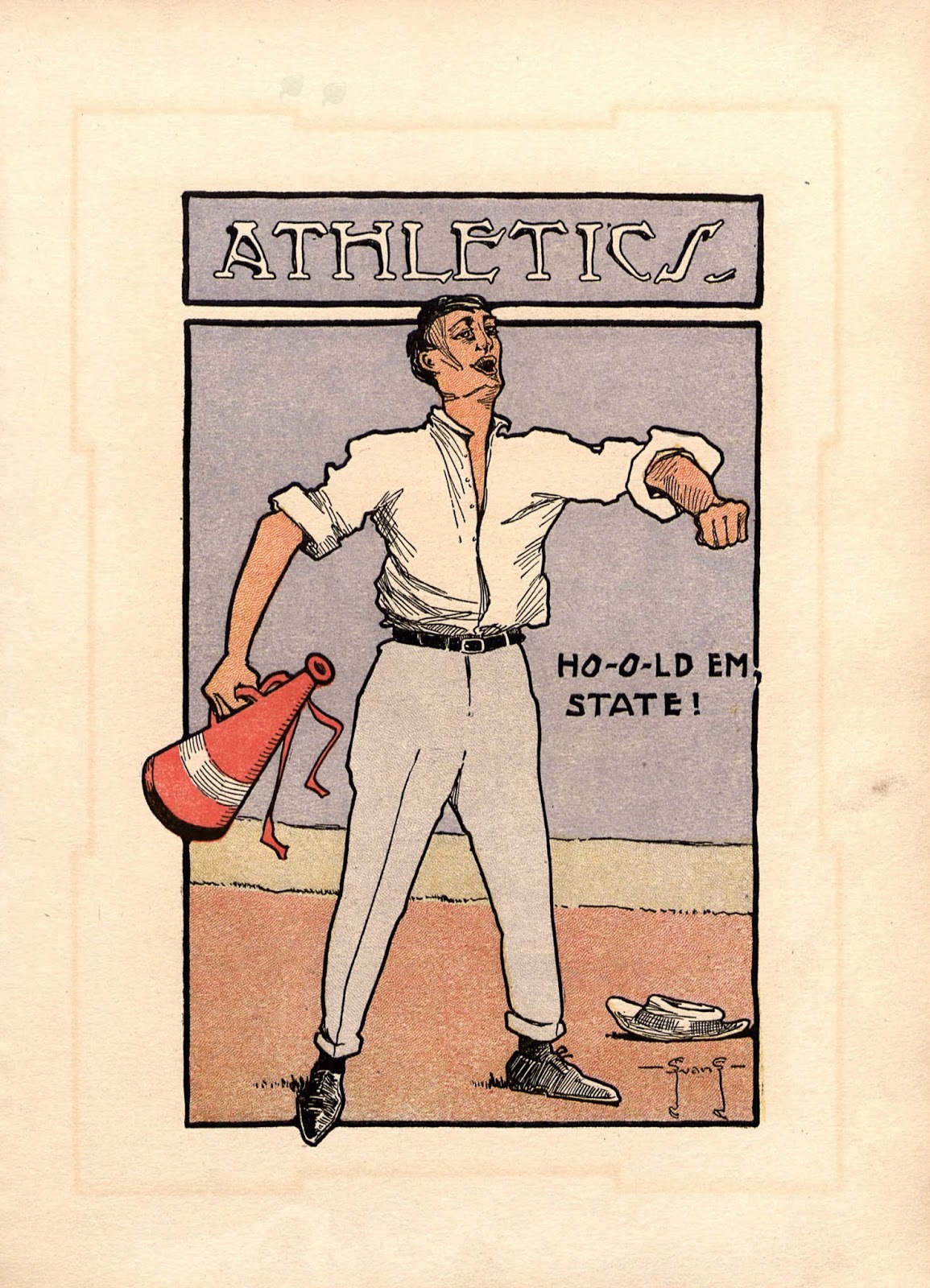 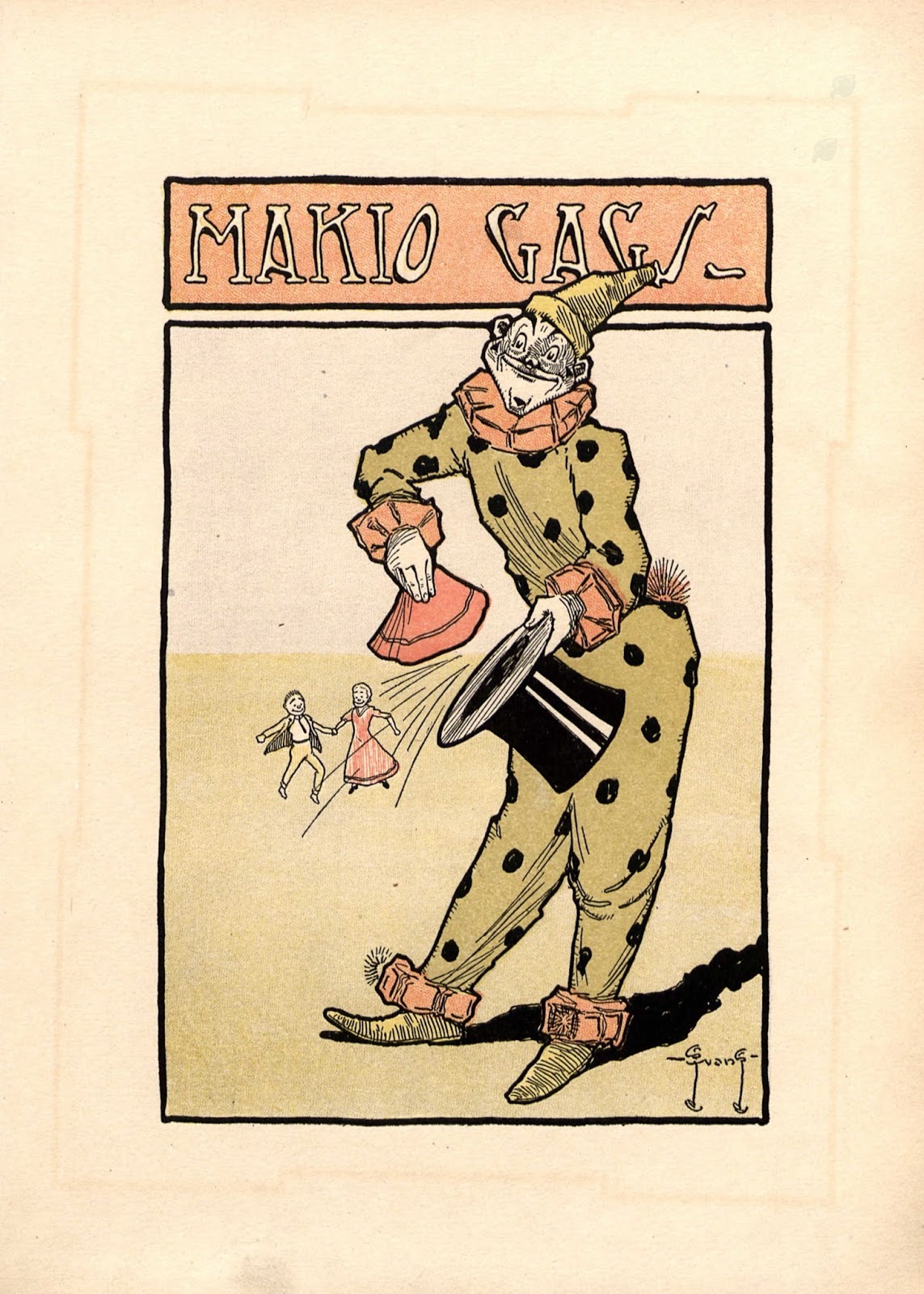 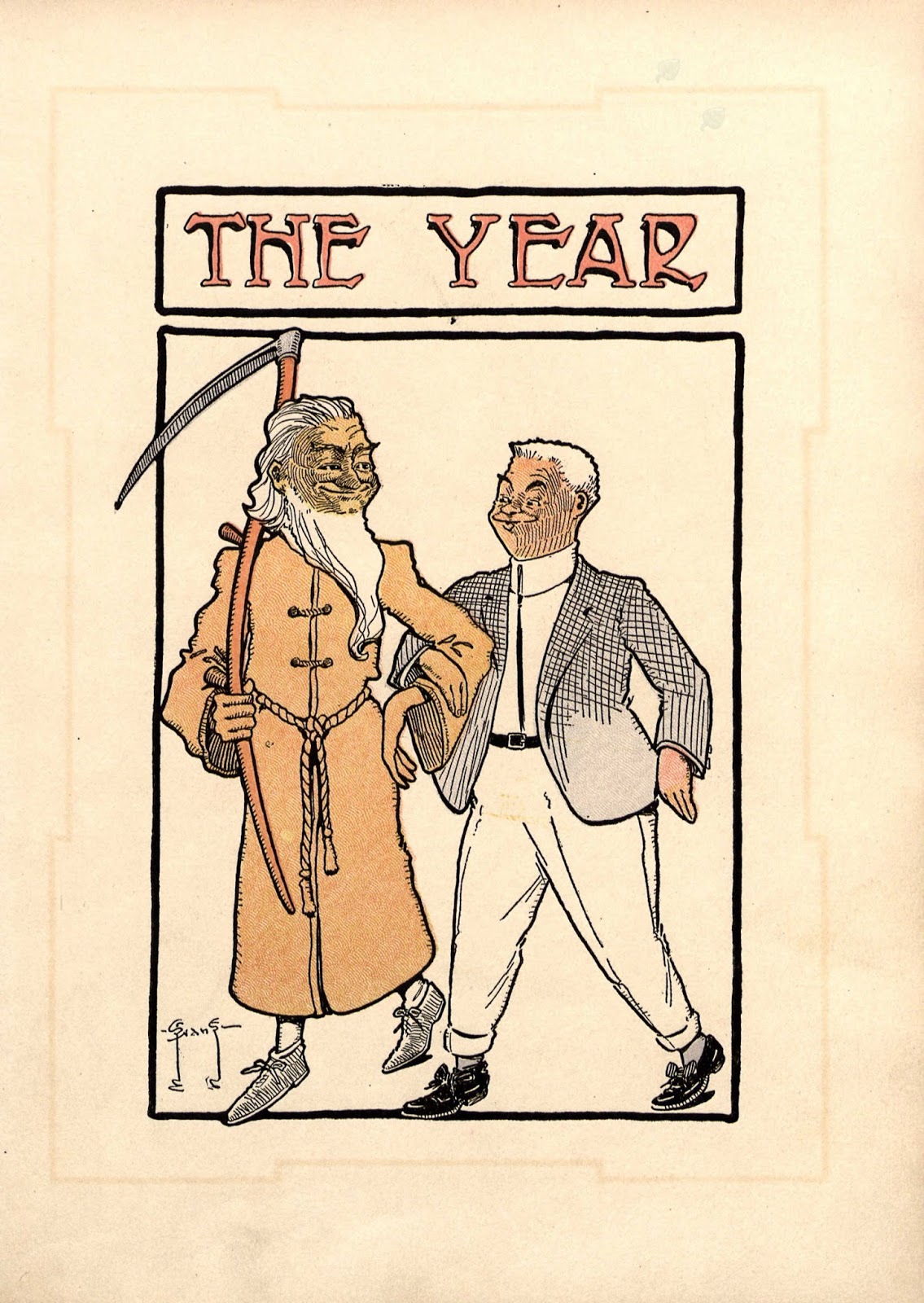 Evans was advertising artist with the Columbus Dispatch from March 22, 1911 to January 8, 1912. The National Cyclopaedia of American Biography (1967) said Evans cartooned, briefly in 1912, for the Dayton News (Ohio) then moved on to the Baltimore American (Maryland) for the next eight years.


Ray O. Evans, cartoonist of the Baltimore American, is publishing a de luxe edition of prominent Baltimoreans in caricature. Mr. Evans was once associated with Billy Ireland of the Columbus Dispatch in a similar enterprise, and it was with him that Evans received his cartoon training.

Evans’ book was titled Club Men of Maryland in Caricature.

National Cyclopaedia said Evans contributed to a number of magazines including Judge, Life and Puck. For Better Homes and Gardens he illustrated The Diary of a Plain Dirt Gardener. He served on the advisory staff of the Federal Board of Cartooning [Does anyone have information about this?]. 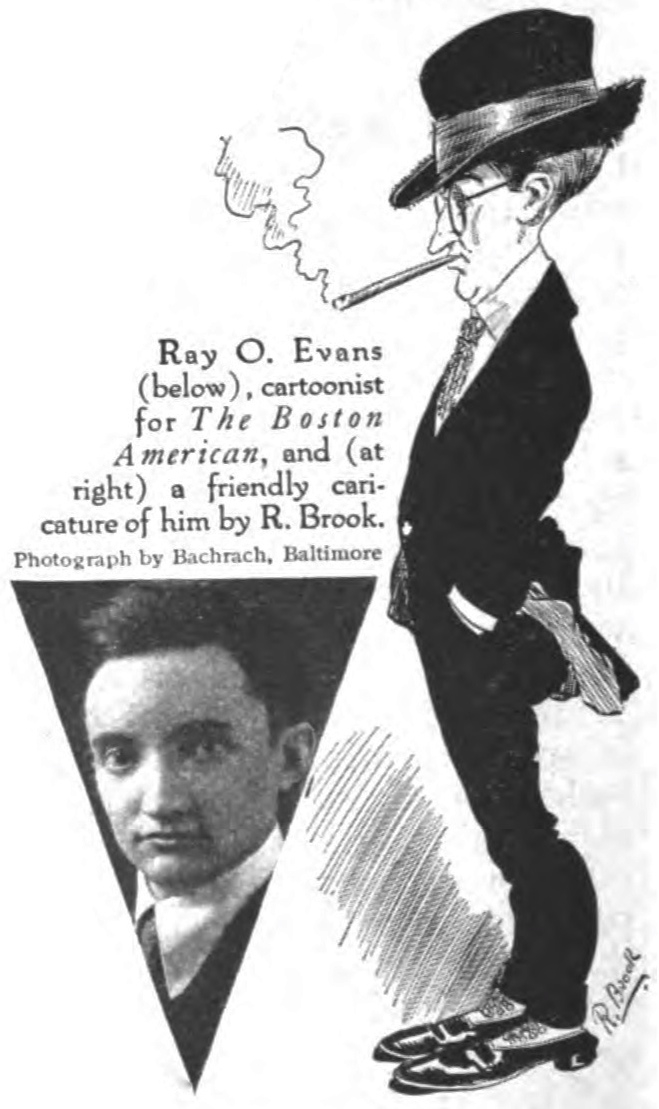 On June 5, 1917 Evans signed his World War I draft card which had his address as 3406 Fairview Street in Baltimore. Regarding his occupation he wrote “political cartoonist, Baltimore American.” His description was medium height and build with brown eyes and hair. According to National Cyclopaedia, he produced propaganda material for the Red Cross and government during the war.


Ray O. Evans, cartoonist of The American, has been appointed instructor of the class in cartooning at the Maryland Institute to succeed McKee Barclay, who resigned. Mr. Evans is a graduate of Ohio State University, and was connected with the Columbus Dispatch and the Dayton News before becoming cartoonist for The American eight years ago. Mr. Evans employs modern methods of treatment and simplification of idea. His cartoons on national and international subjects have had wide circulation.

When Evans left the Baltimore American, he was on the staffs of the Baltimore News and the Baltimore Sun. The 1922 Baltimore City Directory listed him at 3308 Elgin Avenue, and employed at “The News”. Some time in 1922 he returned to Columbus, Ohio. The 1923 Columbus City Directory said he was a cartoonist on the Dispatch and resided at 91 West Lakeview Avenue.

When Dispatch cartoonist, Billy Ireland, went on his summer vacation, a number of cartoonists produced material in place of Ireland’s The Passing Show. Evans’ contribution was Filling the Gap. Evans also paid tribute to Billy Ireland with this drawing. 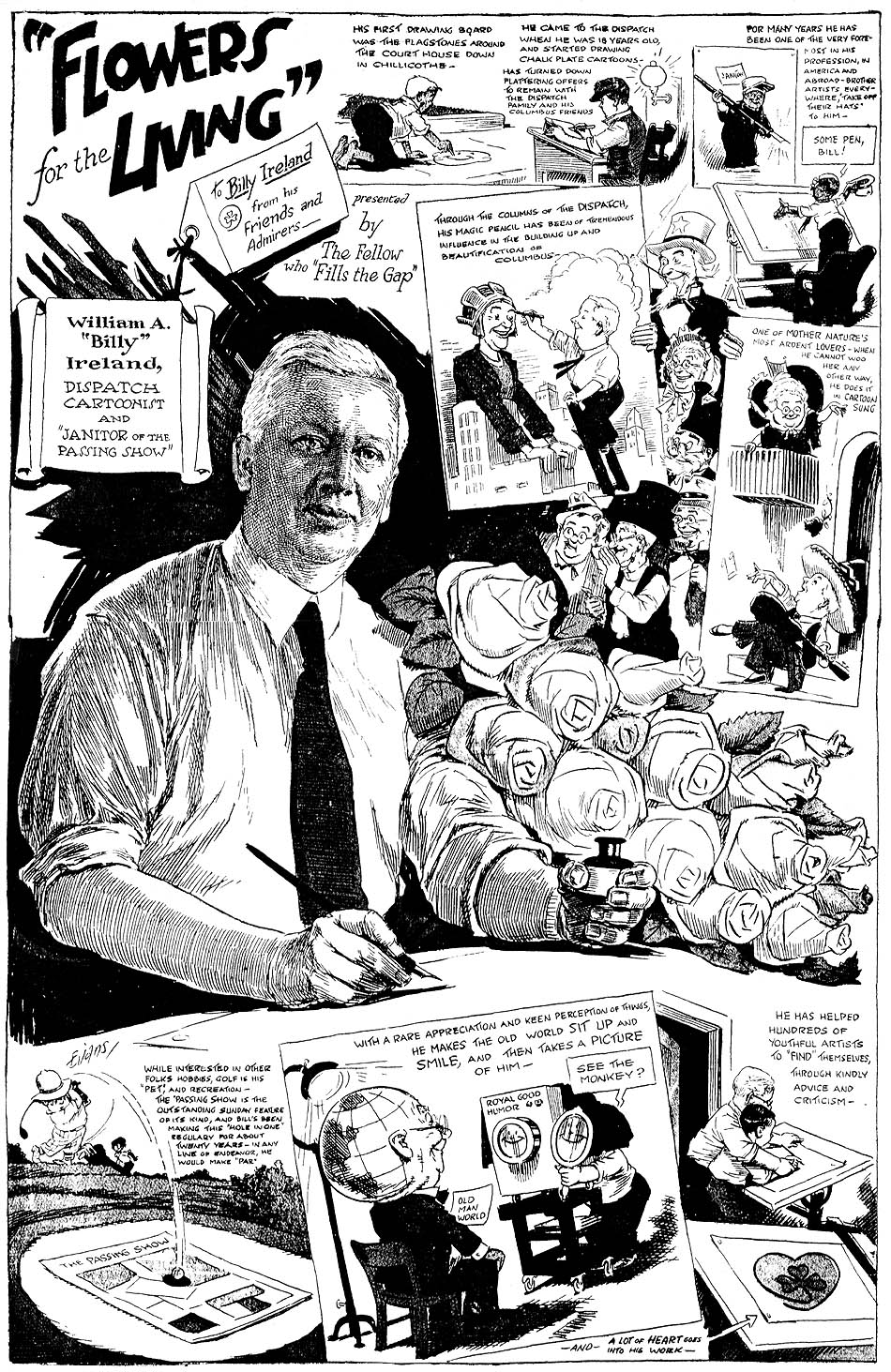 In the 1930 census, Evans remained in Columbus but at a different address, 137 Crestview Road. He was a newspaper cartoonist. His first daughter had passed away; the second daughter was named Patricia. 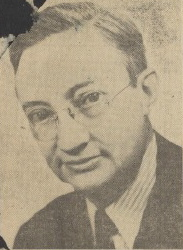 Columbus Dispatch, date not known
(found online from a scrapbook)


The 1938 Columbus City Directory listings said cartoonist Evans lived at 1176 Bryden Road. Following him was Ray Jr., an artist with the American Education Press, Inc., who resided at 42 Lexington Avenue.

Evans’ home in 1940 was in Upper Arlington, Ohio at 2615 Wexford Street. His occupation was “cartoonist / daily newspaper editorial cartoons”. On April 26, 1942, he signed his World War II draft card. His address was the same. The Dispatch Printing Company was his employer.


Evans passed away at home January 18, 1954. His death was reported by the Associated Press and published the following day in the Cleveland Plain Dealer. Evans was buried at the Green Lawn Cemetery in Columbus.

Comments:
His son Ray Evans Jr was also an illustrator. Do you have any info on him? He illustrated First Fairy Tales published by Charles E Merrill Co.

RAY EVANS JR GAVE ME A CARTOON PICTURE TO THANK ME FOR AN IDEA FOR HIS GHENRY GNOME COMIC STRIP IN THE COLUMBUS DISPATCH SOMETIME DURING THE 1940 DECADE. THAT CARTOON PICTURE STILL PROUDLY HANGS ON MY OFFICE WALL.