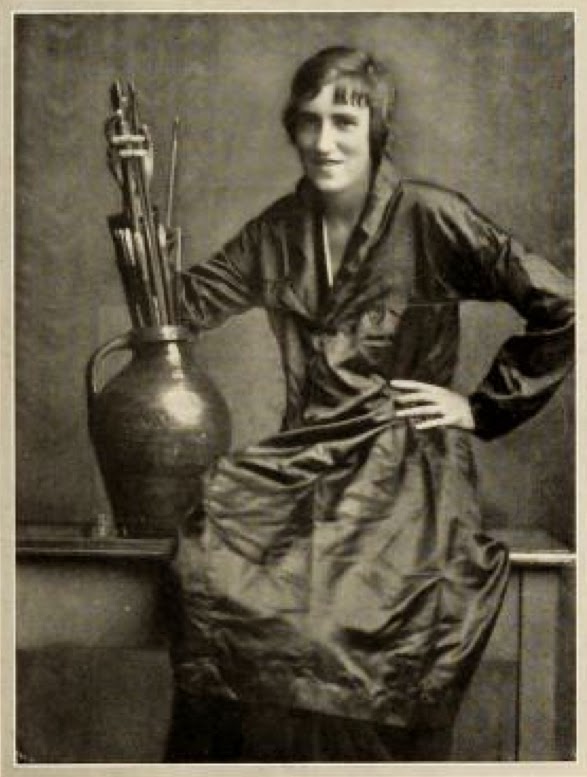 Annie Harriet Fish was born in Bristol, England, on March 27, 1890, according to the Oxford Dictionary of National Biography (ODNB). Her parents were Benjamin and Annie. On the American side of the Pond, Fish’s first name was Anne.

Who’s Who in Art, Volume 14 (1962), said Fish was educated at home and studied art with Charles M. Q. Orchardson and John Hassall, who also had a correspondence school. The ODNB said she studied “at the John Hassall School of Art (then called the New School of Art),” and under George Belcher. According to Who’s Who, Fish continued her training at the London School of Art and in Paris.

Fish’s career began as a book illustrator with Behind the Beyond: And Other Contributions to Human Knowledge, which was published in 1913 by John Lane, in London, and Dodd, Mead & Company, in New York.

An essay in High Society (1920) said in 1914 her drawings began appearing in Vanity Fair (New York) and the Tatler (London). The book itself was a compilation of her illustrations from the two magazines. The text was by Dorothy Parker, George S. Chappell and Frank Crowninshield. The photograph, top, is from the book. Another photograph of Fish, below, was published in the September 1919 issue of Vanity Fair. 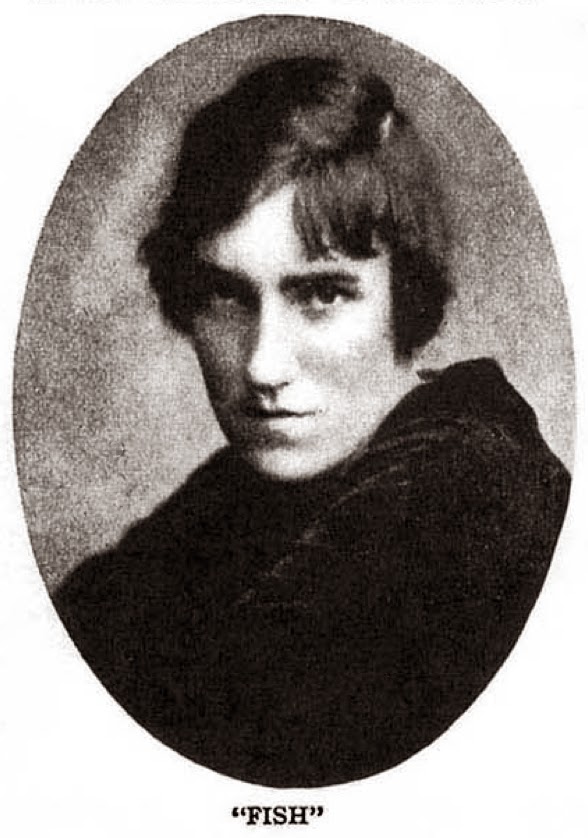 Illustrations by Fish were featured in the John Lane books, The First Book of Eve (1916), The New Eve (1917) and The Third Eve Book (1919). She also illustrated book jackets for John Lane, and provided interior art for other publishers.

According to ODNB, Fish’s illustrations were published in the magazines Eve, London Calling, Printer’s Pie, The Patrician, Punch, Vanity Fair (plus over 130 covers), Vogue, Harper’s Bazaar, and Cosmopolitan.

Passenger records at Ancestry.com show Fish and Walter made three trips to America. The first was in 1920 to New York City where they stayed at the Belmont Hotel. According to the passenger list, she was an artist who stood six feet tall with brown hair and gray eyes. Walter was an inch shorter. The next two voyages, in 1925 and 1927, were to the port in Philadelphia. From there they went on to New York City, in 1925, staying at the Irving Hotel in Gramercy Park, and, in 1927, staying at “Sefton’s Ltd; 354 Fourth Avenue”.

Fish produced illustrations for the covers of the color sections of the American Weekly Sunday supplements. Social Advice from Aunty Climax ran in 1928. The Diary of a Lady’s Maid started August 17 and ended October 26, 1930. In 1931, Curious Kitty ran from June 28 to August 30. Next came Awful Week-ends beginning January 23 and finishing March 13, 1938; illustrations collected in the book, Awful Week-ends and Guest. Fish’s final newsprint contribution was Instantaneous Etiquette which had three runs: first in 1940, next in 1941, and then from October 11 to December 13, 1942. 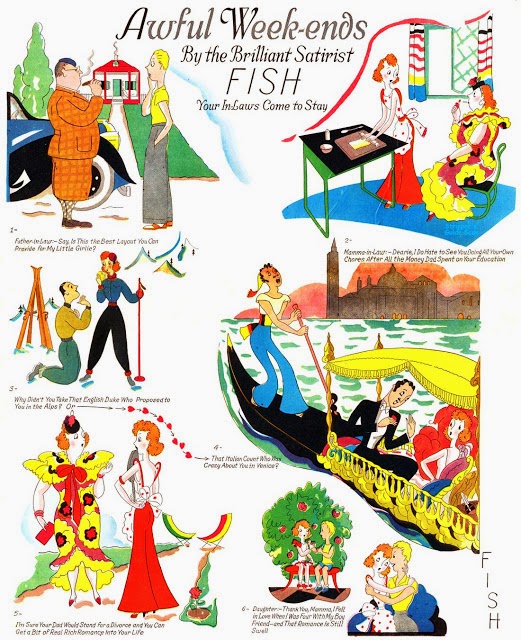 ODNB said Fish “retired to St. Ives in Cornwall in the late 1940s and thereafter concentrated on painting, mostly landscapes and cats.” Her husband passed away in 1952. Fish passed away October 10, 1964, at St. Michael's Hospital, Hayle, Cornwall, England.