Obscurity of the Day: And His Name Was Bunk 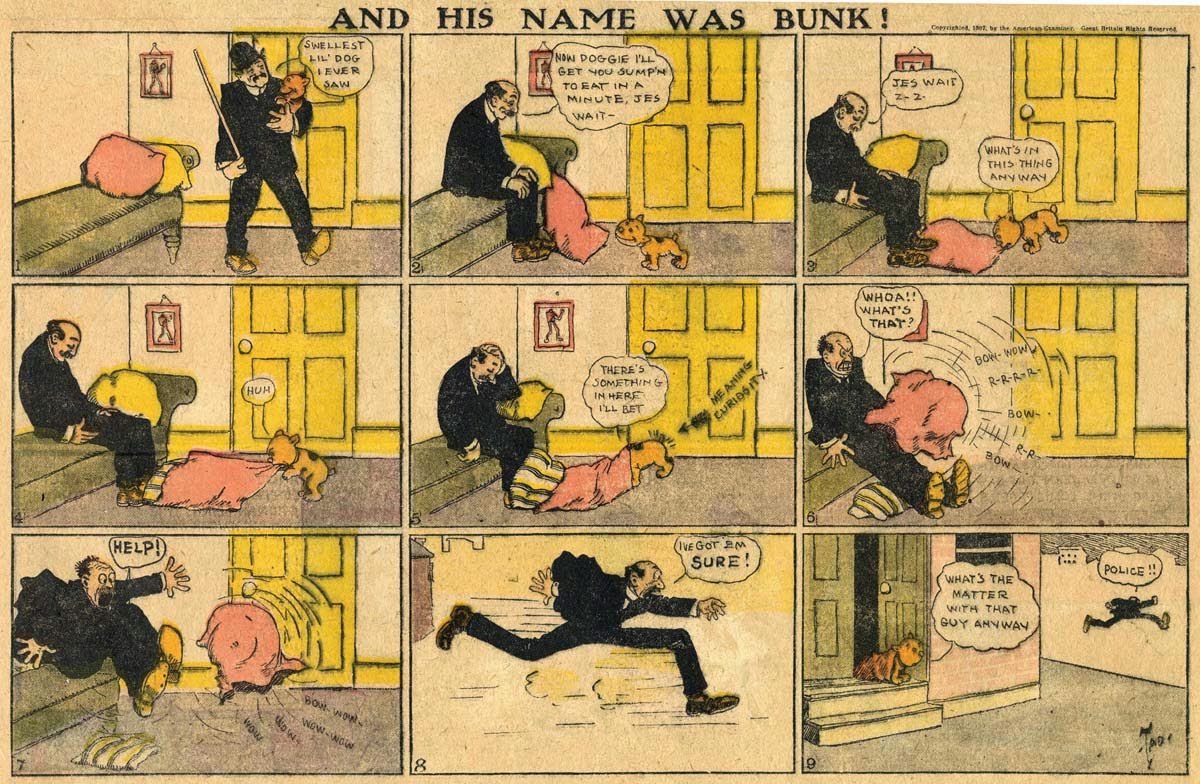 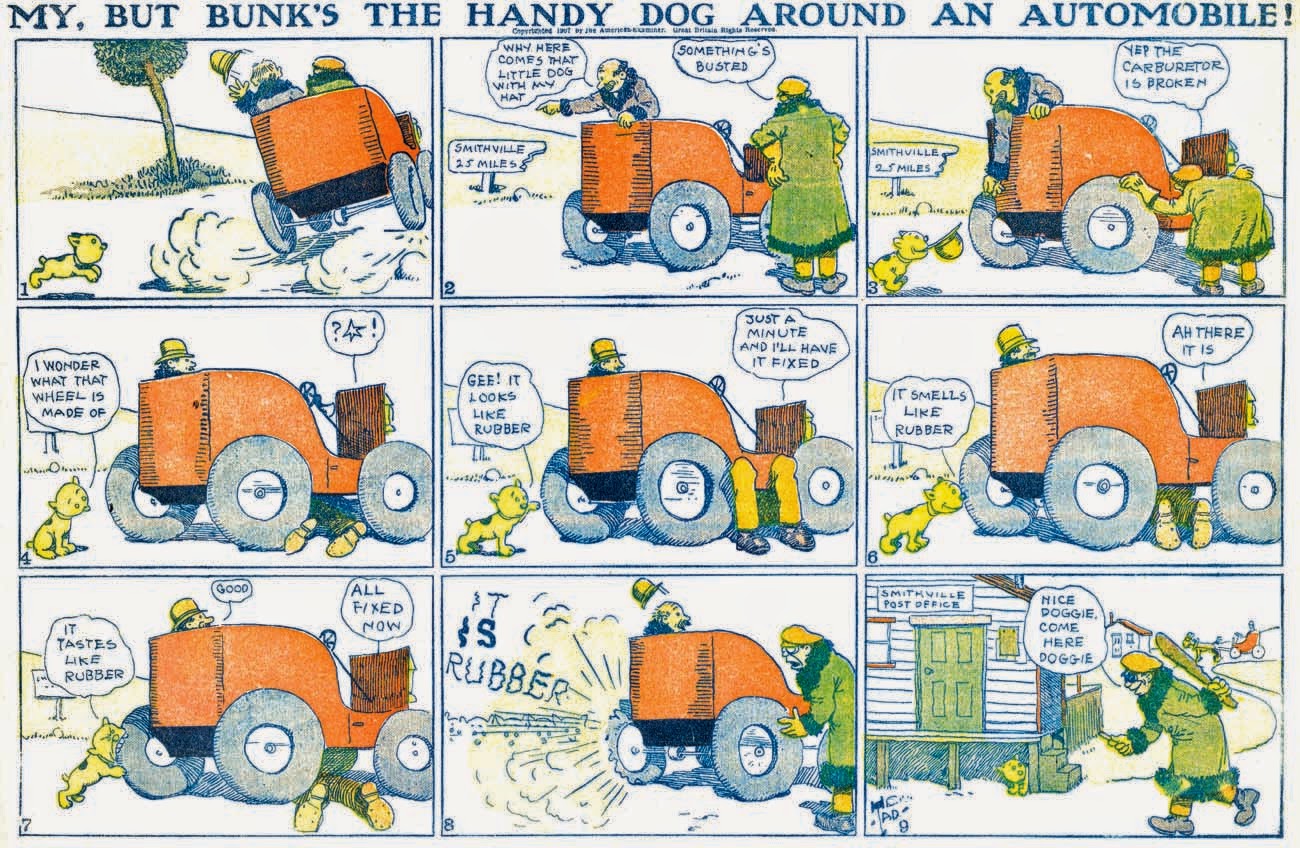 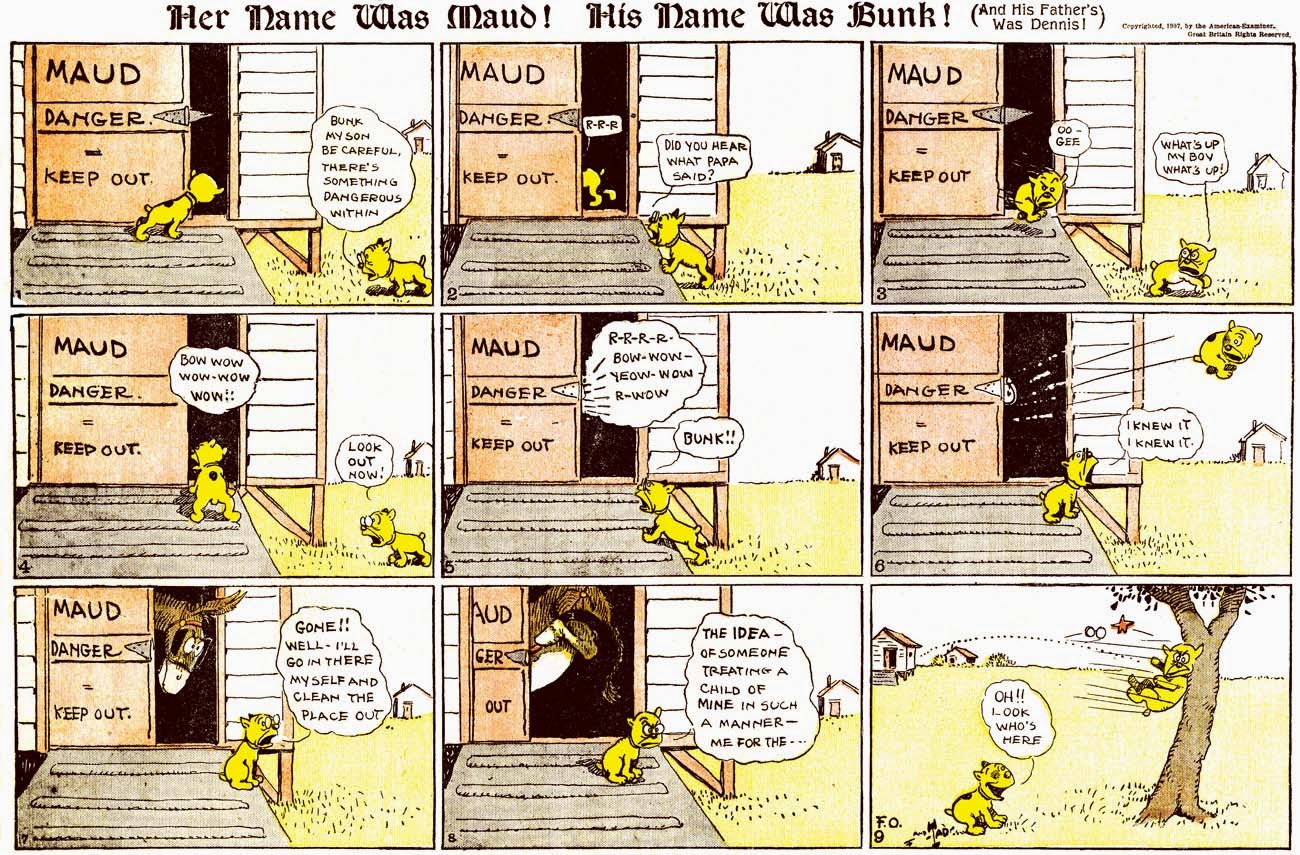 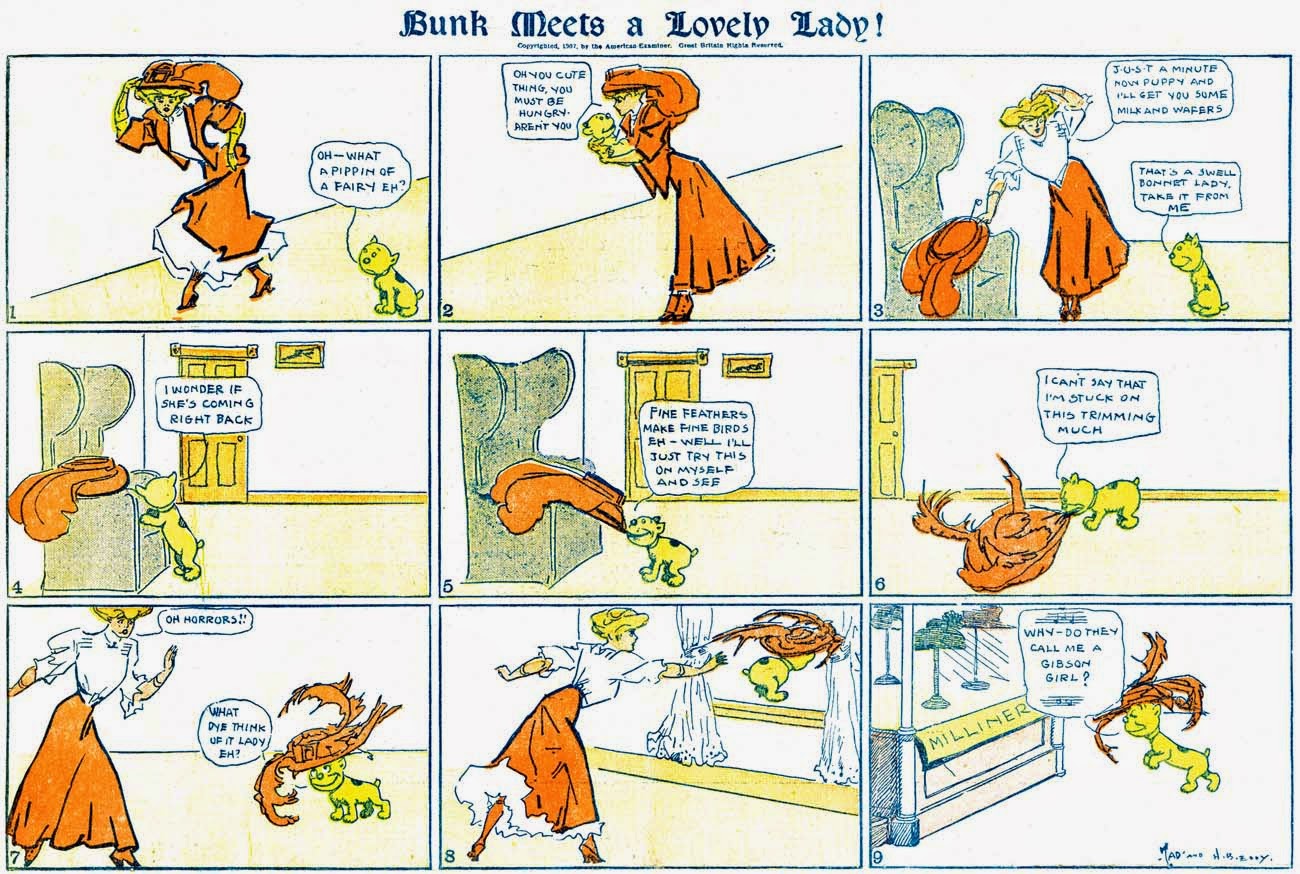 The venerable Tad (Thomas Aloysius Dorgan) had a recurring cast of characters who moved merrily from one cartoon series to another, into his sports cartoons, and most anywhere else they pleased. Bunk the dog was one of that ilk, but he did get a Sunday series mostly to himself for a time.

Usually titled And His Name Was Bunk, the plot closely matched Harry Hershfeld's Homeless Hector, from which Tad most likely appropriated the idea. Bunk was a stray looking for a new home. Every time he thinks he's found a wonderful new master or mistress, fate intervenes. Sometimes his rough manners get into the way of the match, other times the potential owner turns out to be a dud.

The series ran in Hearst Sunday comic sections from April 28 to September 1 1907. Notice above two special episodes -- the third guest starring Opper's Maud the Mule, the fourth featuring a collaboration with H.B. Eddy, a cartoonist/illustrator who specialized in pretty gals. The one with Eddy was also the swan song of the series.

Unreleated to the stip above but, what was the first Katzenjammer Kids knockoff?

Well, the Katzies were themselves knockoffs, so the question is circular, eh?

But when does Bunk make his final appearance in the daily cartoons as well?

Since Tad was so free-wheeling about the contents of his weekday cartoons, I've never attempted to track the comings and goings of individual characters. I don't doubt that if the spirit moved him on any given day, Bunk may have popped up in a cartoon a decade or more later than this short-lived series.

This one ran in December, 1908, so I think that's the last stand-alone Bunk entry, but he popped up from time to time in the "Judge Rummy" strips well into the 20s.

Hi Peteykins --
Nice original! I wouldn't place any large bets on it being the last daily featuring Bunk, but rather than buying a plane ticket to NYC, staying weeks in a $200 per night roach-infested hotel, and spending my days poring over a mountain of NY Journal and American microfilm at the NYPL, I'm willing to suspend my disbelief.

Also, a note to those with a well-developed sense of humor, you'll love Peteykins blog: