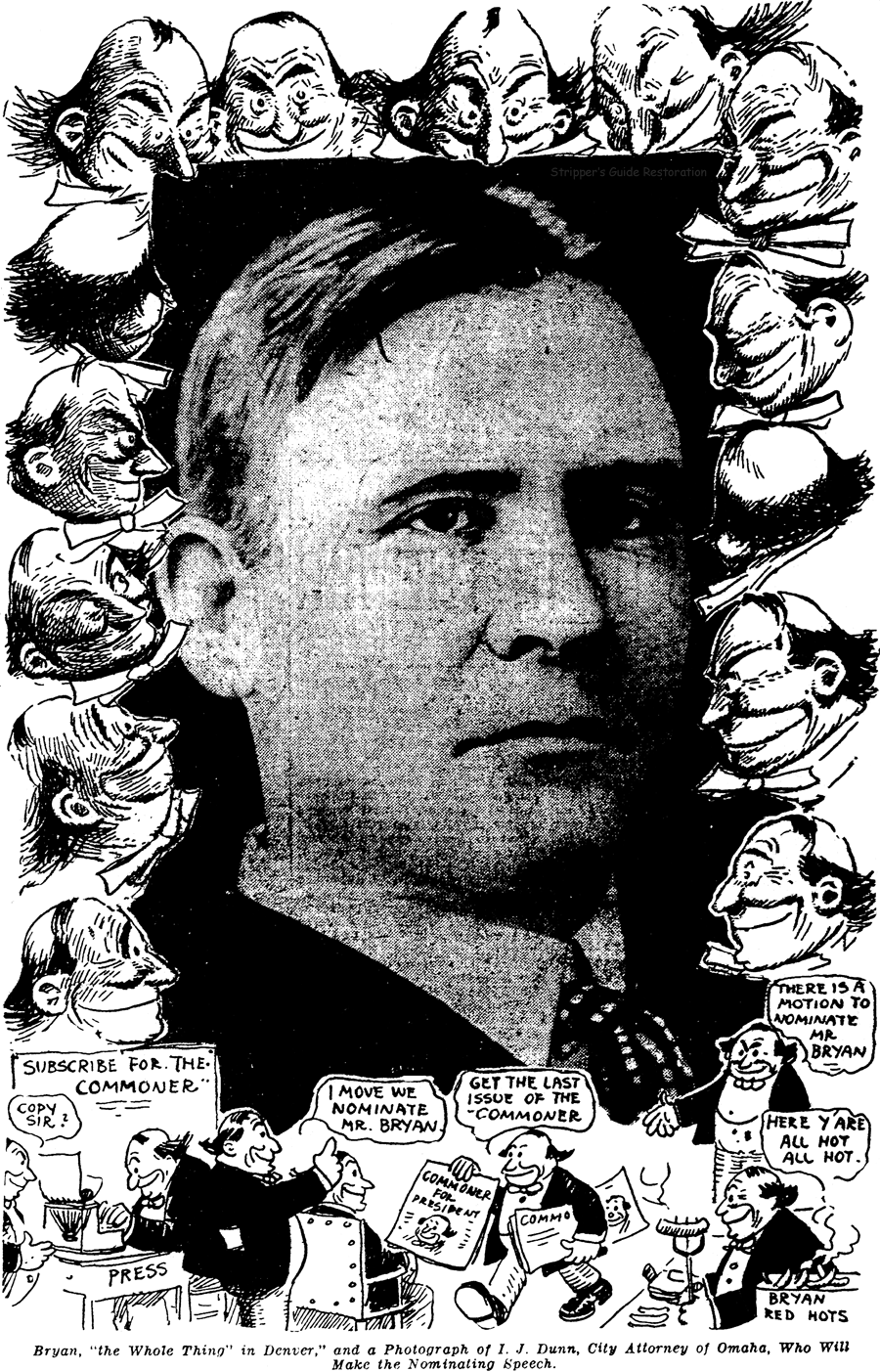 Monday, July 6 1908 -- J. J. Dunn will offer the nominating speech for William Jennings Bryan at the Democratic National Convention in Denver. It was so stirring a speech that it was following by no less than 70 minutes of cheering and rejoicing from the floor.


Without an organization to urge his claim; without a campaign fund to circulate literature in his behalf; without patronage to bribe a single voter; without a predatory corporation to coerce its employees into his support; without a subsidized newspaper to influence the public mind; this extraordinary man has won a signal victory at the primaries and has become the free choice of the militant Democracy of the nation.

The amazing thing is that in the case of Bryan, this isn't 100% baloney, nor did it make him a minor candidate to be easily bulldozed aside by the monied forces. You can see why the Democrats, though already bitten twice by nominating him, would just keep on trying, thinking that they must have lightning in a bottle.