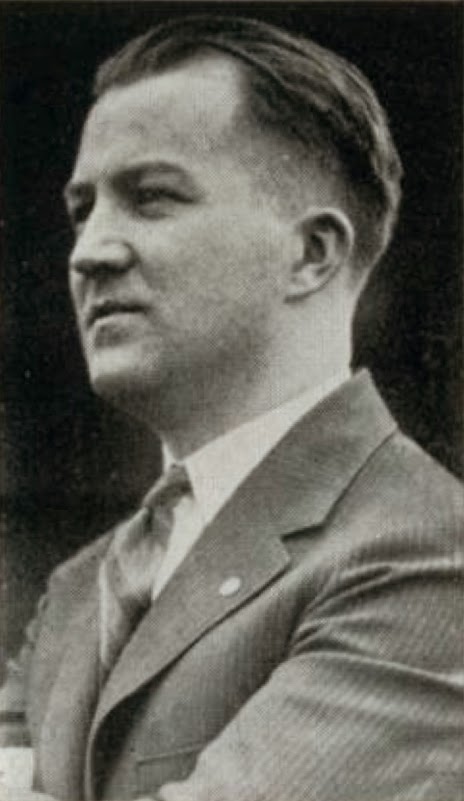 Michael Edward Brady was born in Montclair, New Jersey, on July 25, 1896. The California Death Index, at Ancestry.com, had his birth date, and the Brooklyn Daily Eagle, May 13, 1941, named his birthplace.

In the 1900 U.S. Federal Census, Brady was the eighth of nine children born to Martin and Celia, Irish emigrants who arrived in 1880. The family resided in Montclair at 192 Forest Street. His father was a driver for a lumber company.

Brady was profiled in The Dutch Boy Painter, March 1931, which explained why he wanted to be an artist.


…One day in 1907 young Michael Brady was playing near his home in Montclair, when Lawrence Carmichael Earle, noted portrait painter, was passing by. Mr. Earle was thinking of a new picture he was to paint—a portrait of a Dutch Boy as the trade-mark for National Lead Company. Perhaps he was thinking also of Gainsborough's “Blue Boy,” to which the picture he planned was later to be compared. Perhaps he was wondering who could serve as model. However that may be, he saw Michael and knew that his search for a model was ended. The boy was the right size, his eyes were the color he wanted, and the boy’s face held the painter's fancy.

The details of the posing were easily arranged. Mr. Earle had access to the studio of his friend, George Inness, not far from the Brady home. Wooden shoes, blue overalls and cap were purchased. The boy was told to wear the clothes at play for a few days so that they would look as if they belonged to him and not like a masquerade costume.

Never had Michael felt so important as when he sat on the model stand with the artist before him, busy at work on a canvas. Never had he seen such a room with an immense skylight and plaster casts of heads and torsos and hands and feet.

His arm held aloft like the arm of Liberty grew tired, but there were frequent rest periods when he could explore the studio room and see how the work on the canvas progressed. And every day at the end of the posing he received his pay of two dollars an hour….

From the time he first posed, Michael had but one ambition. He forgot his former intentions of becoming a cowboy or a circus acrobat. He was going to make pictures when he grew up. With Mr. Earle as his hero and a print of the portrait of himself as a direct incentive, he spent long hours covering sheets of paper and occasionally fences and walls with his first artistic attempts.

Earle’s painting of Brady was published on the cover of The Dutch Boy Painter, March 1922, and can be viewed here.

Brady’s father was a widower in the 1910 census; he worked as a gardener for a family. Brady was one of five siblings who lived in Montclair at 28 Washington Street.

On June 5, 1918, Brady signed his World War I draft card. He resided in Bloomfield, New Jersey, at 47 Baldwin, and worked for the International Arms Base Company. He named his father as his nearest relative. The description on the card said Brady was of medium height and build with brown eyes and hair.

According to the 1925 New York State Census, Brady was married to Marie and had a one-year-old daughter. They lived at 255 Decatur in Brooklyn. His occupation was artist.


Greenwich, Conn., April 30.—Michael E. Brady (MEB), cartoonist for The Eagle, whose Buttons and Fatty comic strip is familiar throughout the country, was married today to Miss Mayme Janet Rhyne, radio singer, of 430 Sterling Place, Brooklyn, and Lexington, Miss. The couple will reside in Stamford, Conn. Mr. Brady recently obtained a divorce at Las Vegas, Nev., after a four-year separation from his first wife. The bride sings over the air under the title “the Mississippi Miss.”

At some point, Jack Kirby ghosted Our Puzzle Corner for a period of time, and used the pseudonym Jack Curtiss on Your Health Comes First!!!; details are here.

In 1940, Brady was divorced and resided in Twenty-Nine Palms, California, on Cholla Drive. He was a newspaper cartoonist caring for his three children. According to the census, in 1935 he lived in Long Island, New York, and his highest level of education was the eighth grade.

Brady’s sudden passing was reported in the Brooklyn Eagle, May 13, 1941.


Los Angeles, May 13—Michael E. Brady, former cartoonist for the Brooklyn Eagle, died here Saturday [May 10] of a heart Attack. He was 43.

Mr. Brady drew the “Buttons and Fatty” strip, for 15 years a popular feature of the Eagle’s Sunday comic section.

He was born in Montclair, N. J., but spent his boyhood and received his education in New York. While still a small boy, with curly blond hair, he attracted the attention of a painter who used him as the model for the Dutch boy in the trade mark of the Atlantic White Lead Company.

Interested in art himself, he studied at every opportunity while working to maintain himself. For some time he was employed in a machine shop, rising to the rank of foreman when his career was interrupted by the call to arms in 1917.

Injured while in camp, Mr. Brady consoled himself for his disability to go overseas by drawing for the International Magazine, a publication for the International Arms Base Company. He was discharged from the army in 1919 and after a brief period of study in an art school obtained a position with a New York syndicate. He joined the Brooklyn Eagle on Labor Day, 1920.

In 1934 Mr. Brady married Mamie [sic] Janet Rhyne, radio singer known as the Mississippi Song Bird, after obtaining a divorce from his first wife. He is survived by three children.

Brady was buried at the Los Angeles National Cemetery.