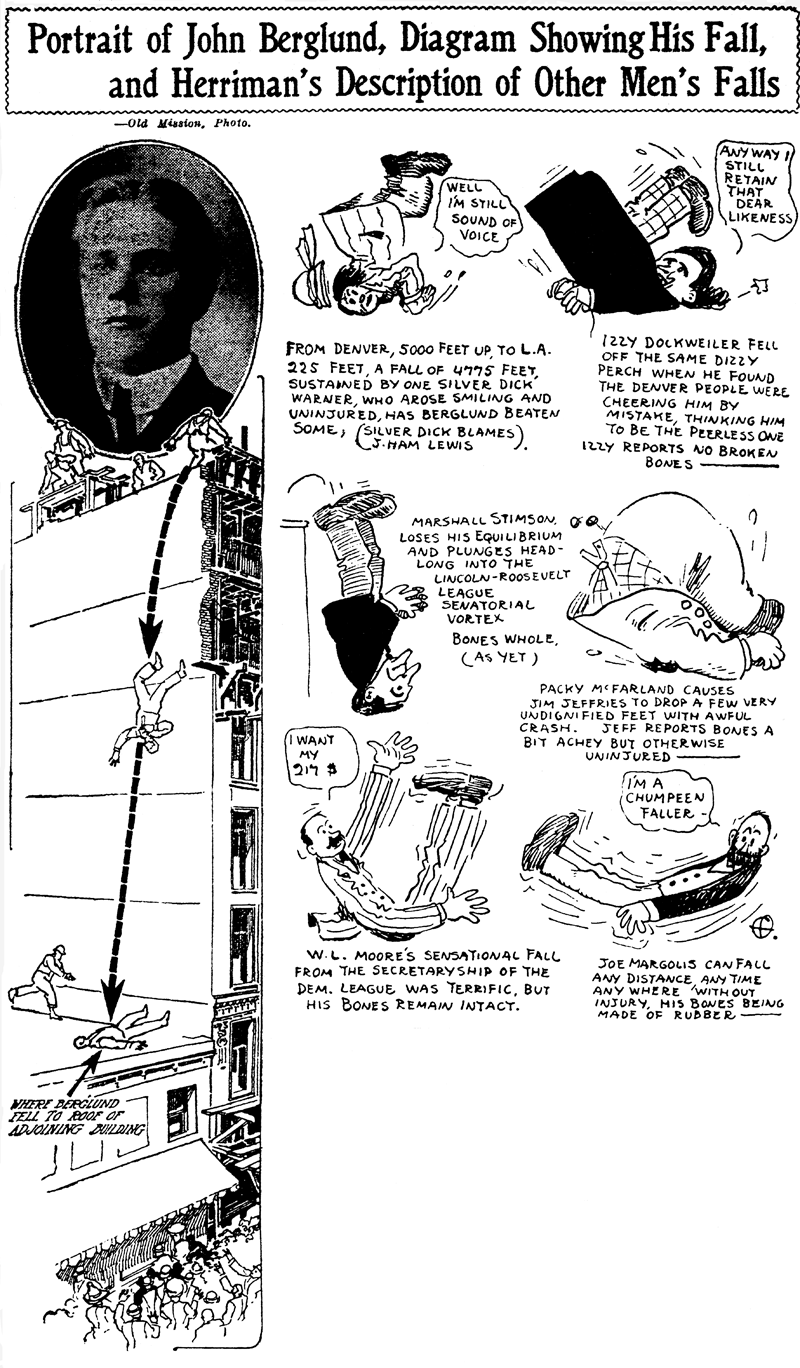 Illustrations like we see above on the left side were standard fare in newspapers of the time, before photos, especially on-the-spot types, were practical. What's unusual is the left side, in which Herriman uses the event as a springboard for an editorial cartoon.

Most of the fellows shown are local Democratic party operatives, and the significance of their falls is lost on me. However, the fall of Jim Jeffries is referencing a fight between Packy McFarland and Freddy Welsh. Jeffries hosted the fight at his facility and he also refereed the bout. McFarland and the spectators felt that he got a raw deal from Jeffries and he made quite a stink about it. Jeffries was so disgusted that he vowed to give up all involvement in boxing. Well, he didn't quite do that, but he did give up refereeing for almost a quarter century.