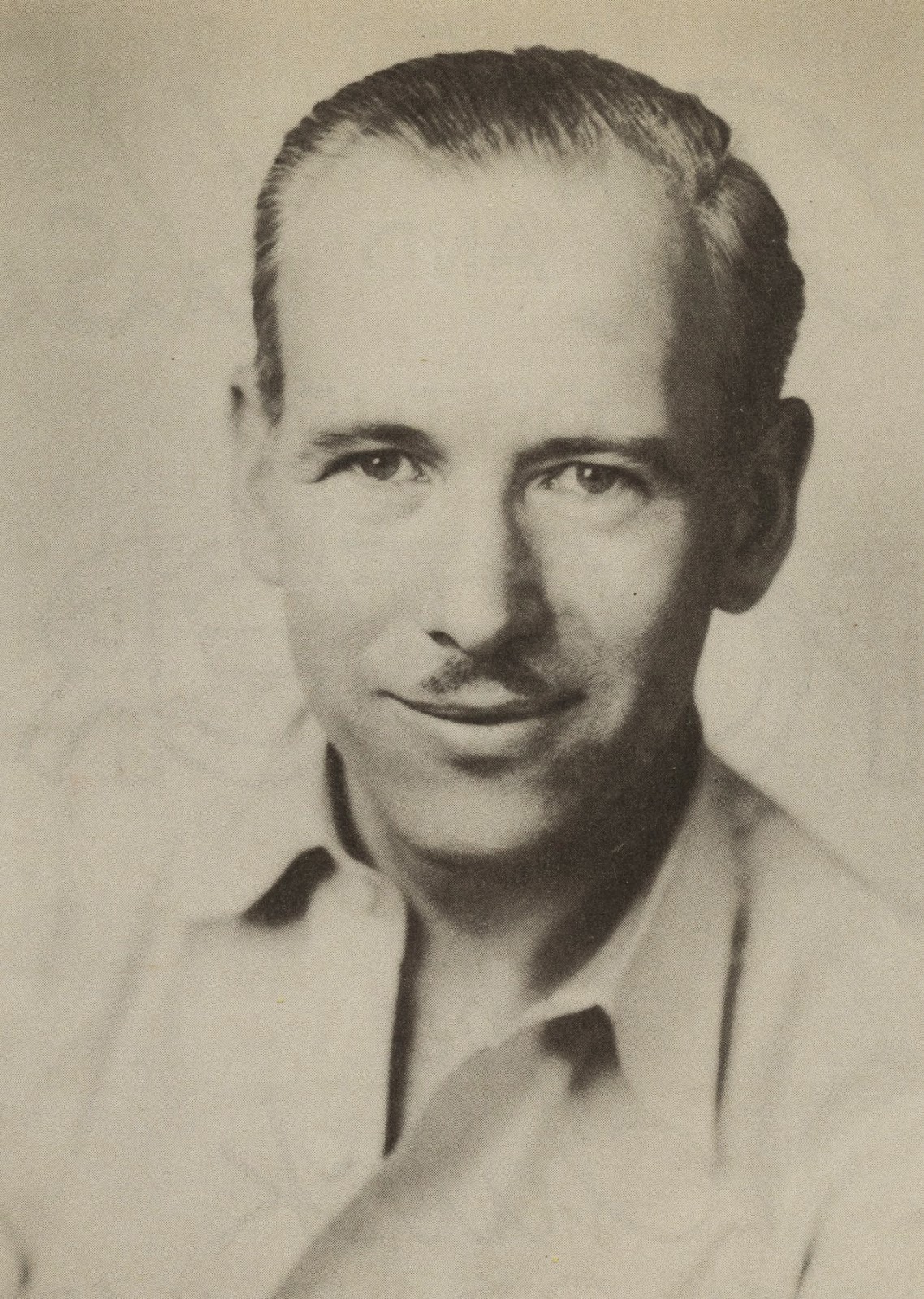 Charles Jesse “Chuck” Thorndike was born in Seattle, Washington, on January 20, 1897, according to “Washington, Births, 1883-1935” at Ancestry.com. His parents were Charles Adelb Thorndike and Hortense Victoria Davis.

In the 1900 U.S. Federal Census, Thorndike, his parents and paternal grandmother resided in Seattle at 1729 Fourteenth Avenue. His father was the treasurer of cereal company.

In the next census, the Thorndikes remained in Seattle at a different address, 2441 Federal Avenue. Thorndike’s father was a cashier at Brewing and malt company. Thorndike enlisted in the Marine Corp January 26, 1918. He was a private in Company E, Marine Barracks, Navy Yard, Mare Island, California.

Thorndike’s Seattle address was the same in the 1920 census. His father was a real estate salesman. In the household was two boarders and one of them was Frank R. Wolfe, a newspaper artist. Artists in California, 1786-1940: L-Z (2002) said Thorndike resided in San Francisco from 1921 to 1922.

Who’s Who in American Art, Volume 7 (1959), said Thorndike studied at the the Seattle Art School, the University of Washington, and the California School of Fine Arts.Thorndike married Edythe Mae Armstrong October 3, 1923, according to the marriage certificate at Ancestry.com. At some point, they moved to New York City.The 1930 census recorded the couple and their daughter in Newport City, Queens, New York at 3448 Eighty-third Street. His occupation was oil painting artist.

American Newspaper Comics (2012) said Thorndike drew the panel Follies of the Great which was written by Dave Plotkin. Their work was syndicated by Van Tine Features, who owned the copyright. 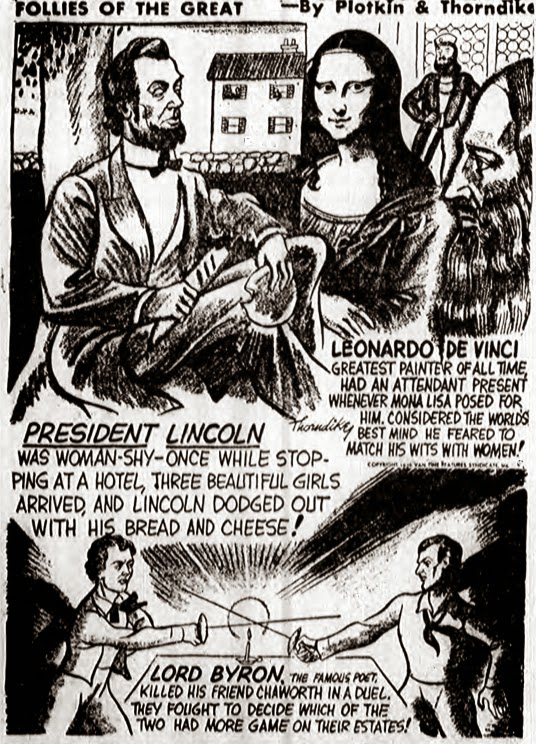 Who’s Who of American Comic Books 1928–1999 said Thorndike worked at the Eisner and Iger comics shop in 1936, and did animation at the Loucks and Norling Studios. 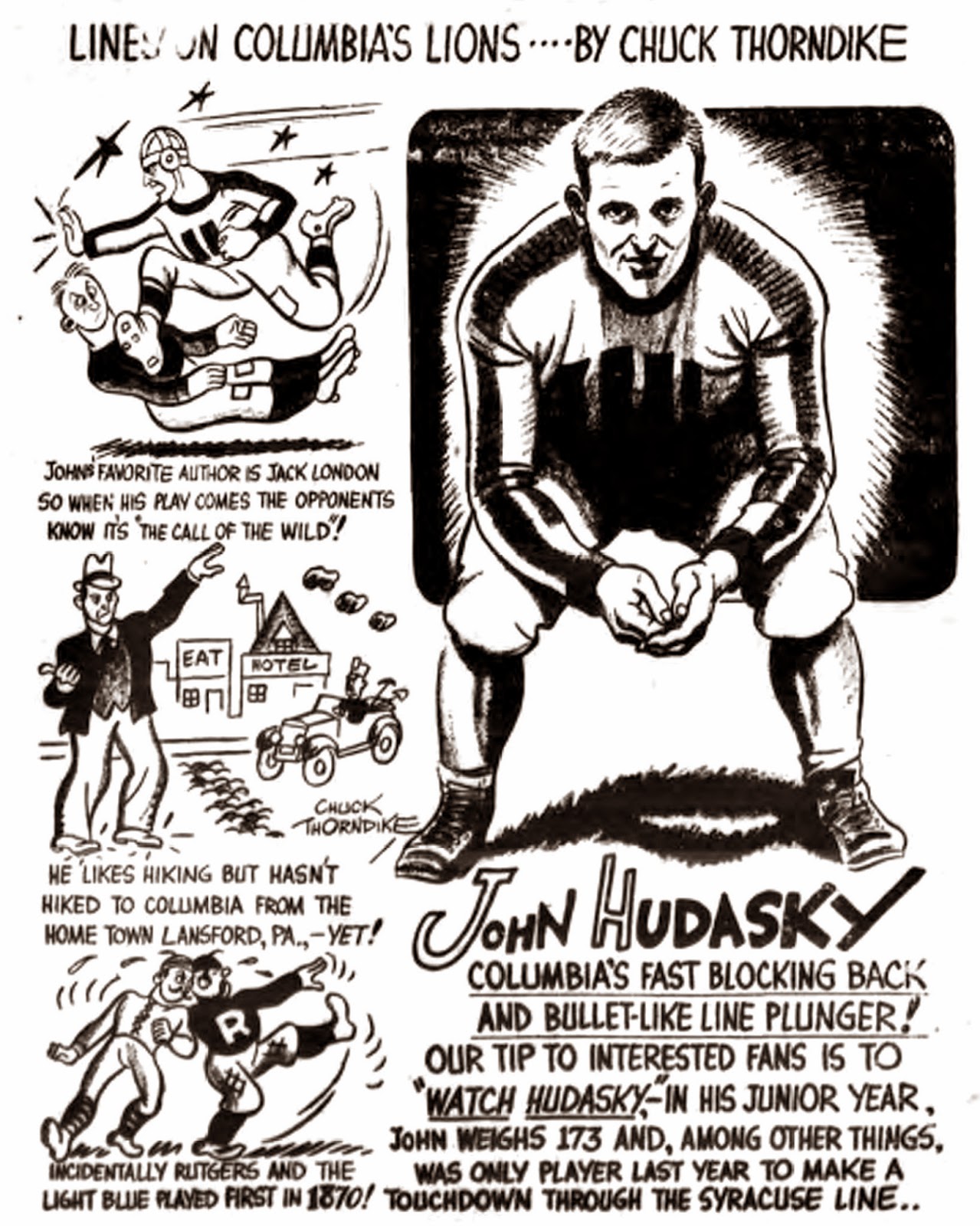 Thorndike moved around 1939. He lived in San Francisco, California, at 845 O’Farrell Street, according to the 1940 census. He was a newspaper artist and writer, who had re-married to Ann Lee, a stenographer.

Who’s Who said Thorndike was art director of animated cartoons for an advertising agency in San Francisco; art director at General Motors Acceptance Corp., New York; in the U.S. Navy (Civil Service), Washington, D.C.; and a radio commentator on the Cartoon Club of the Air, New York. Radio listings in the New York Post and Brooklyn Daily Eagle said the program was on WNEW in 1938 from January to May. 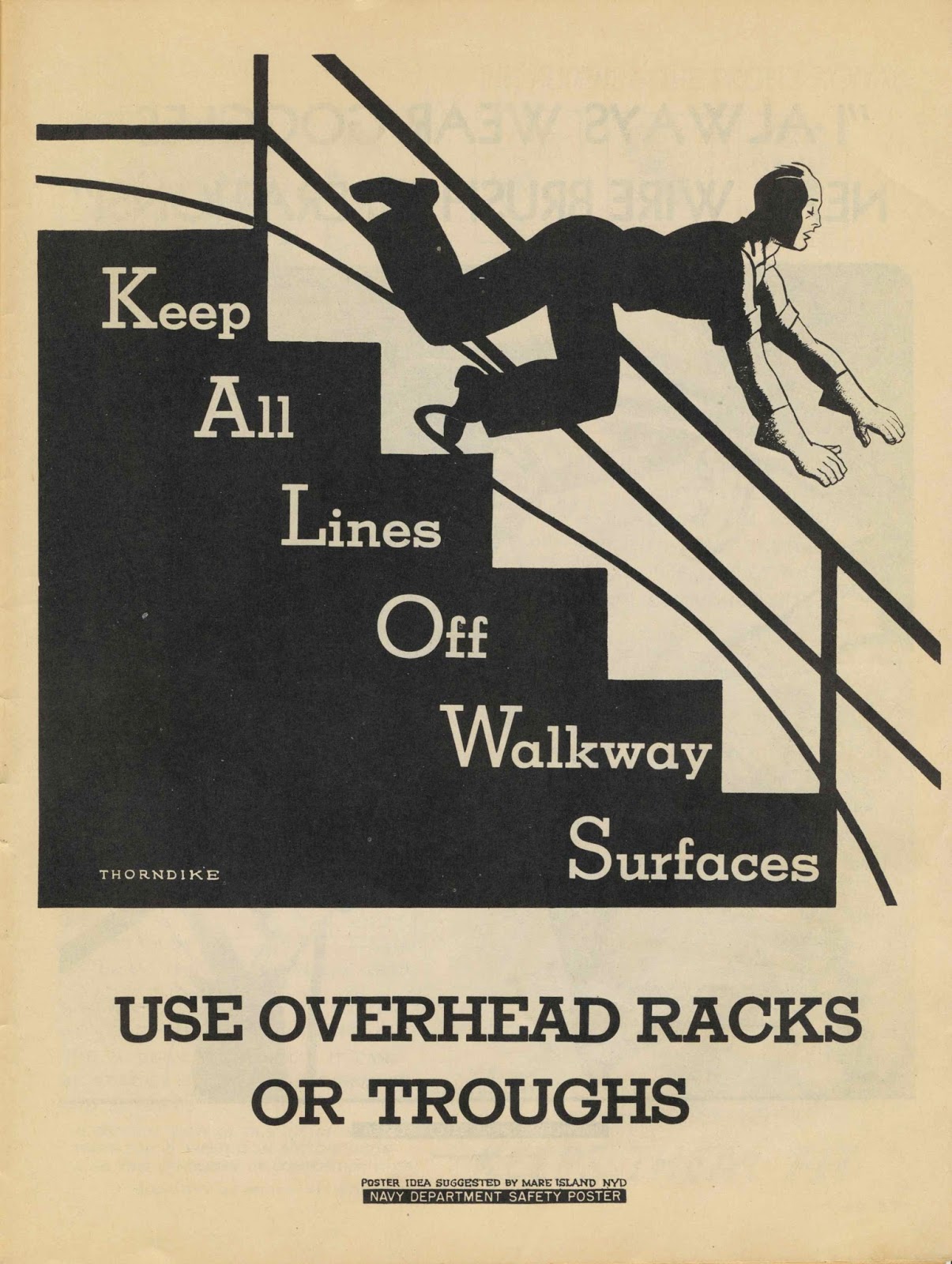 The Art and Use of the Poster

Thorndike’s letter to the Miami News was published March 8, 1960.

Thorndike passed away March 22, 1986, in Dade County, according to the Florida Death Index.

Comments:
I am Chuck Thorndike's grandson. You have lots of good information except that his first wife was Kathryn Lesser from Seattle, where they met. They were married in Vancover, BC. They had one daughter, Barbara Ann who was born in Yonkers, NY July 26, 1927. They lived in the artists' community of Silvermine, Connecticut until they were divorced in 1935.
David Adam, Skowhegan, Maine
email: cherdav44@aol.com

December 5, 1938 Chuck Thorndike wrote a letter to President Roosevelt.
Summary of that letter.

Warns President Roosevelt that "we old line gentile American families will NOT tolerate the JEWS... We would first rather give up our lives." Also contends that "Hitler...isn't so wrong."
[Includes transcription.]

If you are interested i can send a copy of that letter
Yours, J.S.