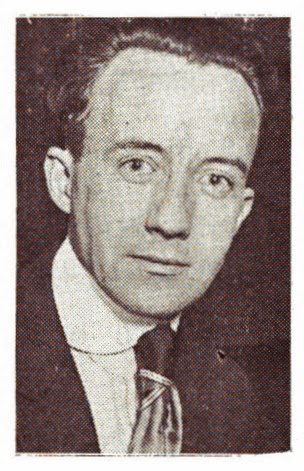 John Thomas “Jack” Callahan was born in Brooklyn, New York on December 14, 1888, according to his World War I draft card. He has not been found in the 1900 and 1910 U.S. Federal Censuses, and information regarding his art training is not known. A glimpse of Callahan’s youth was published in the Fourth Estate, December 8, 1917: “…Callahan has filled every position on a newspaper from a newsboy to artist.”

Callahan was employed at the New York World. The crossword puzzle was invented by the World’s Arthur Wynne and debuted December 21, 1913. On February 27, 1938, the Seattle Daily Times (Washington) published, “The Cross-Words Puzzle’s Twenty-Fifth Birthday,” and explained how Callahan was involved:


“Then by way of variety,” continued Mr. Wynne, “I alternated diamond-shaped cross-words with square-shaped and even circular ones. Finding it impossible at times to get words of the requisite number of letters to fill out a line which fitted with other words running at right angles, I hit upon the expedient of bridging difficult squares by leaving them blank. In order that there should be no doubt about their blankness, I filled them in with a stipple, and in later puzzles began making the blank squares solid black, thus giving the cross-words a checkerboard appearance.”

The drawing of the first diagram was assigned to Jack Callahan, then a cub artist, now known as the creator of the famous come strip, “Home, Sweet Home,” and was printed merely as miscellany—a curiosity to help the page.

The 1915 New York State Census recorded Callahan and his parents in Brooklyn at 220 East 9th Street. His father was a manager in a carpet department. Callahan was a newspaper artist. 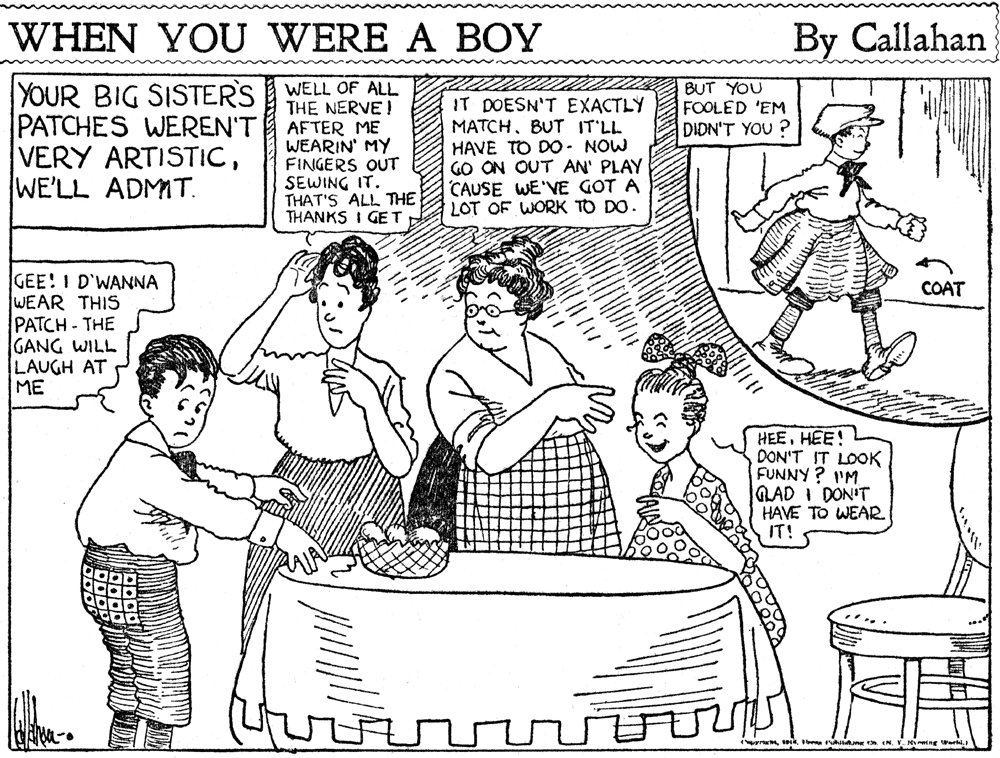 Callahan signed his World War I draft card on June 5, 1917. His occupation was freelance comic artist. He was described as five feet four inches, slender, blue eyes and brown hair.


Jack Callahan, comic artist of the New York American, and Helen Carr, who used to dive from the roof of the Hippodrome in the spectacle “Happy Days,” were married Wednesday afternoon at Borough Hall, Brooklyn. They had known each other since childhood….

…He told only a few intimate friends of his wedding until yesterday, when the news was made more generally known through announcement cards of his own design bearing the inscription, “Ringing in the New Year,” and showing the bride and bridegroom standing together inside a gigantic wedding ring. The couple are living at present at the Hotel Pennsylvania, where Mr. Callahan has resided for several years. 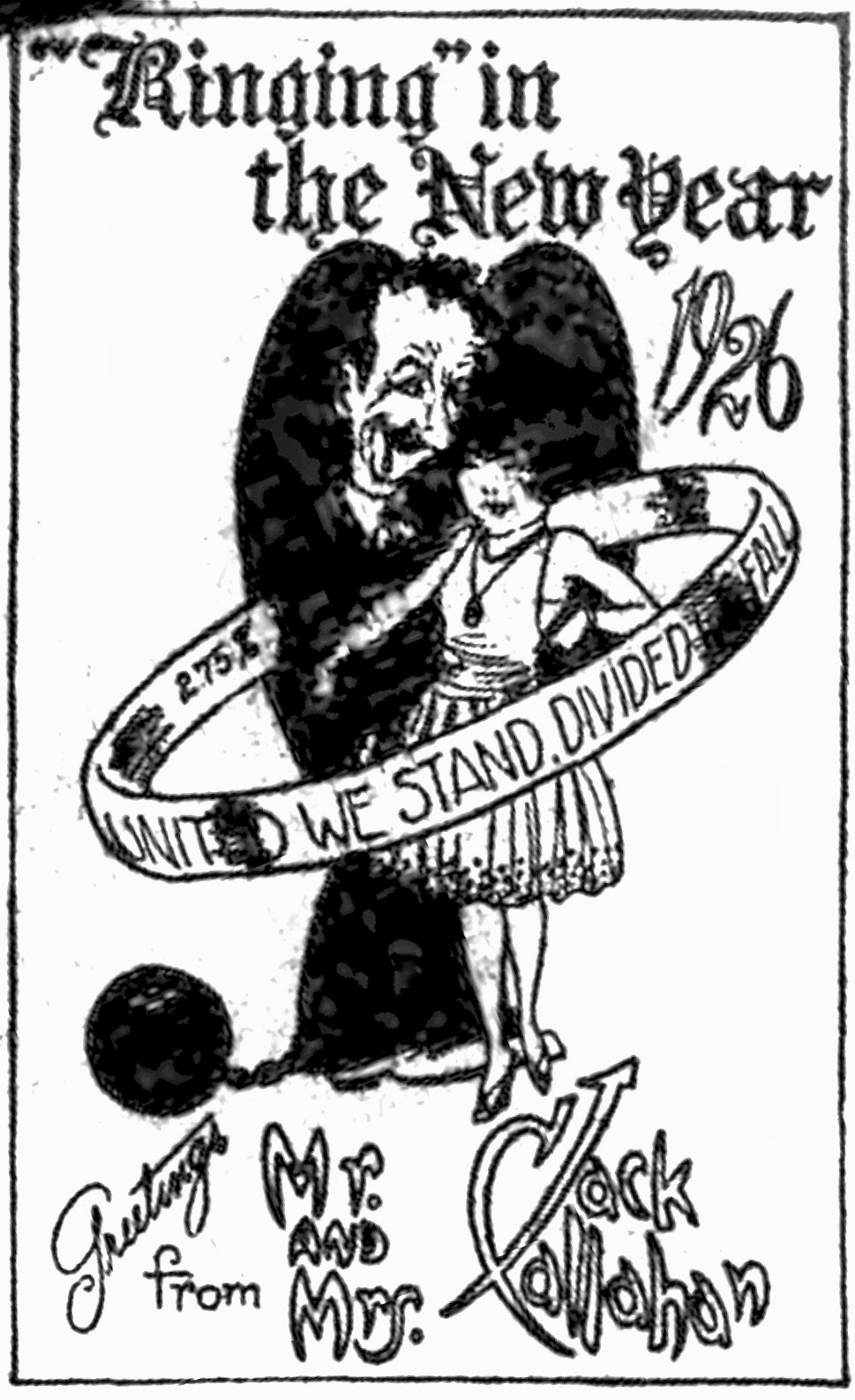 Carr’s dive from the roof of the Hippodrome caused her loss of sight.

In the 1930 census the Callahans lived in North Hempstead, New York, at the Belgrave Square Apartments on Brompton Road. His occupation was an artist working in publishing which included the strip, Home, Sweet Home (1935-1941).

Callahan has not been found in the 1940 census. He signed his World War II draft card on April 26, 1942. In Brooklyn his home address was 1775 75th Street. He was a self-employed artist who worked at 1771 75th Street, which was the same address for his wife. It’s possible that 1775 was written in error.

During the second half of the 40s, he found work in the comic book industry; some of his credits are here.

Callahan passed away August 24, 1954. His death was reported two days later in the Times.

Jack Callahan, newspaper comics strip artist, whose work appeared in The New York American for many years until 1940, died Tuesday afternoon of a heart attack while playing tennis near his home, 1771 Seventy-fifth Street, Brooklyn. His age was 65.

Mr. Callahan was best known for his comic strips, “Hon and Dearie,” “Freddie the Sheik,” and “Calamity Jane.” In 1926, he married Helen Carr, the girl who did the sensational dive from the roof of the New York Hippodrome in “Happy Days” and “Cheer Up.” She is the only immediate survivor.

According to U.S. Veterans Gravesites, ca.1775-2006, at Ancestry.com, he was buried at the Long Island National Cemetery in Farmingdale, New York.