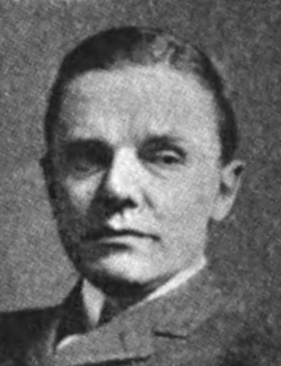 In the 1875 Rhode Island State Census, Cushing’s paternal grandfather, George W. Cushing, was the head of the household. Cushing was the second of three sons born to Harry and Martha. His father was in the U.S. Army. They resided in the town of Warren on Washington Street.

The Cushing household was recorded, in the 1880 census, in Providence, Rhode Island at 5 George Street. Information regarding his childhood schooling has not been found; in Life magazine, he said: “…In my boyhood I was hurried from post to post, from North Carolina to Alaska.” He graduated from the Bulkeley School in New London, Connecticut in 1887, according to a listing on page 19 of the 1888–89 school catalogue.

Cushing said his art studies began “…in Boston at the Art Museum and later at the Academie Julien, under Constant and Laurens.” On December 16, 1891 he applied for a passport while in Paris. Earlier he had departed from the U.S. on October 7, 1891. He intended to return within three years while he took time to travel. His description was five feet eight-and-a-half inches with hazel eyes and brown hair. A passenger list at Ancestry.com said he arrived in New York, from France, on May 16, 1892. Painter was his profession. At some point he went back to Europe and returned, as a student, to Boston in September 1893.

Sometime after his return, he was an assistant in freehand drawing at the Massachusetts Institute of Technology. The MIT Annual Report of the President and Treasurer, December 12, 1894, said Cushing and others “…have terminated their connection with the Institute.” The school’s yearbook, Technique 1895, listed him as an instructor.

The Boston Herald (Massachusetts), May 12, 1895, noted his flair for dancing:


Mr. Otho Cushing, so well known here, and Miss Augusta Hunter gave a Spanish dance at the big society entertainment in Newport on Tuesday night for charity which brought down the fashionable house.


Mr. Otho Cushing, formerly of Boston, brought down the house at every performance of “The Lady from Chicago,” given by the “Stroller” in the Astoria ballroom last week, by his dancing with Miss Emily Hoffman. It could not have been excelled on any professional stage. Mr. Cushing made almost as much of sensation as he did by his appearance in the historically correct, but rather realistic and airy, costume of a 14th century court falconer at the famous Bradley-Martin ball.


Boston figured prominently at an art reception given yesterday at the Deblois cottage by Maj. H.C. Cushing, U.S.A., formerly of Boston, and now one of the assistants to Col. Warring in the street cleaning department in New York, and Mrs. Cushing, in honor of their son, Otho Cushing, a rising young artist, who exhibited his pictures for the first time. Mr. Cushing showed portraits of his father and mother, Miss Mary L Barnard and Miss Gretchen Welch of Boston, Miss Bradhurst and H. Archie Pell of New York, Count Longay of Buda Pesth, Baroness Danckelman of Vienna, Miss Jessie Hunter and Mrs. George H. Norman of this city, Mrs. T. Owen Berry of Asheville, N.C., and O.W. Budd, U.S.A. The portraits were universally admired by those who viewed them, including many of the summer residents and army and navy officers and their wives.

Cushing’s signature was one of over 100 on the “Belfield Table Scarf.” His signature is at “nine o’clock.”

Six drawings by Cushing were published in Life’s Comedy (1898). He contributed a drawing to Corks & Curls (University of Virginia, 1899) which appeared on page 34.

The 1900 census recorded artist Cushing, his parents and two servants in New Rochelle, New York on Wild Cliff street. A March 8, 1901 passport application in Athens, Greece, showed that Cushing departed the U.S. on February 14, 1901. He intended to do further traveling for two months. 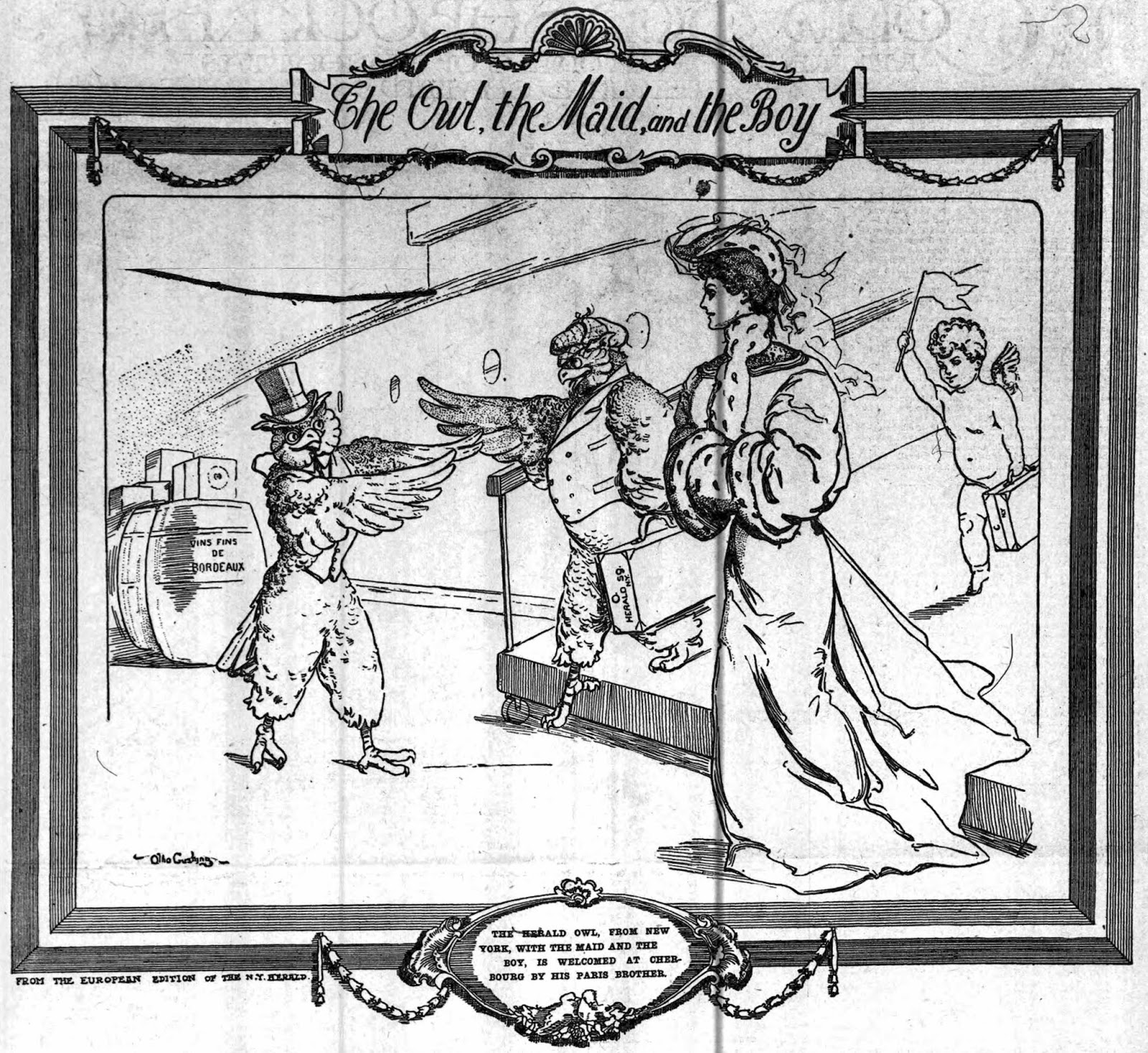 After his work for the New York Herald, Cushing joined the staff of Life magazine. His cartoons of President Theodore Roosevelt, parodying the adventures of Ulysses, were collected and published as The Teddyssey in 1907.

The 1910 census recorded Cushing, a magazine illustrator, his widow mother and younger brother, Nicholas, in New Rochelle at 18 Neptune Place. Cushing’s father had passed away July 2, 1902, according to the New York Herald. The 1915 New York State Census recorded the Cushings at the same address. About a quarter mile away, on Mt. Tom Road, were the illustrators Frank and J.C. Leyendecker. In the 1918 New Rochelle City Directory, Cushing’s address was 4 Harbor Lane.

During World War I, the Times said Cushing served “…overseas as an Army Air Corps captain, supervising the camouflaging of American airfields on the Western Front.” HIs name was listed in Aerial Age Weekly, March 24, 1919, and Air Service Information Circular, June 5, 1920.

Cushing has not yet been found in the 1920 census. His residence remained unchanged according to the 1929 directory. The 1930 census recorded Cushing, his mother and brother in Manhattan, New York City at 117 West 58th Street, where they rented an apartment. Sometime before 1940, his mother passed away. Cushing and his brother had returned to their New Rochelle home according to the 1940 census.

Mr. Cushing was best known for his work in the old Life magazine. He drew humorous drawings of persons in ancient Greek costume and did a series of cartoons on the activities of President Theodore Roosevelt. In recent years he devoted his time principally to water colors, many of them on historical subjects.

He was born at Fort McHenry, Md., a son of the late Major Harry Cooke Cushing and Mrs. Martha Wetherill Budd Cushing.

He studied at the Boston School of Fine Arts and the Julian Academy in Paris, and served for many years as a professor of drawing at Massachusetts Institute of Technology before joining the staff of Life. In the world war he was made a captain in the Army Air Corps.

Surviving is a brother, Nicholas Cooke Cushing of New Rochelle, a naval architect in New York.