Buford Malcolm Tune was born in Eastland County, Texas on August 26, 1906. His birthplace was named in the Dallas Morning News (Texas), July 10, 1949, and Social Security Death Index had his birth date.

The 1910 U.S. Federal Census recorded Tune and his parents, Martin and Allie, in Abilene, Texas at 1410 Mesquite Street. His father did odd jobs.

Sylvester, Texas was Tune’s home in the 1920 census. His mother, a widow, was a telephone operator with three children to care for.


I paid my tuition for the summer course and asked the lady if she knew anyone I might split the rent with. She introduced me to another student from Texas, Buford Tune, who later was to draw the feature, “Dottie Dripple.” Tune and I found a room on the near north side, and each moved in his one suitcase.

At some point, Tune moved to Dallas. A 1923 city directory listed him at 3221 Forest Avenue as a Western Union messenger. He was a “Dallas News” artist in the 1925 directory. According to the Morning News, Tune also worked at the Philadelphia Public Ledger.

Tune resided in New York City at 51 Leroy Street, as recorded the 1930 census. He was a syndicated cartoonist. Roots Web has information about the Tune family. On December 15, 1930, Tune married Sylvia “Tibby” Newman. The Seattle Times (Washington), November 1, 1949, said, for ten years, Tune produced one-line gag cartoons while Tibby handled the sales. Also, Tune had a job in the advertising department of Paramount Pictures in New York. 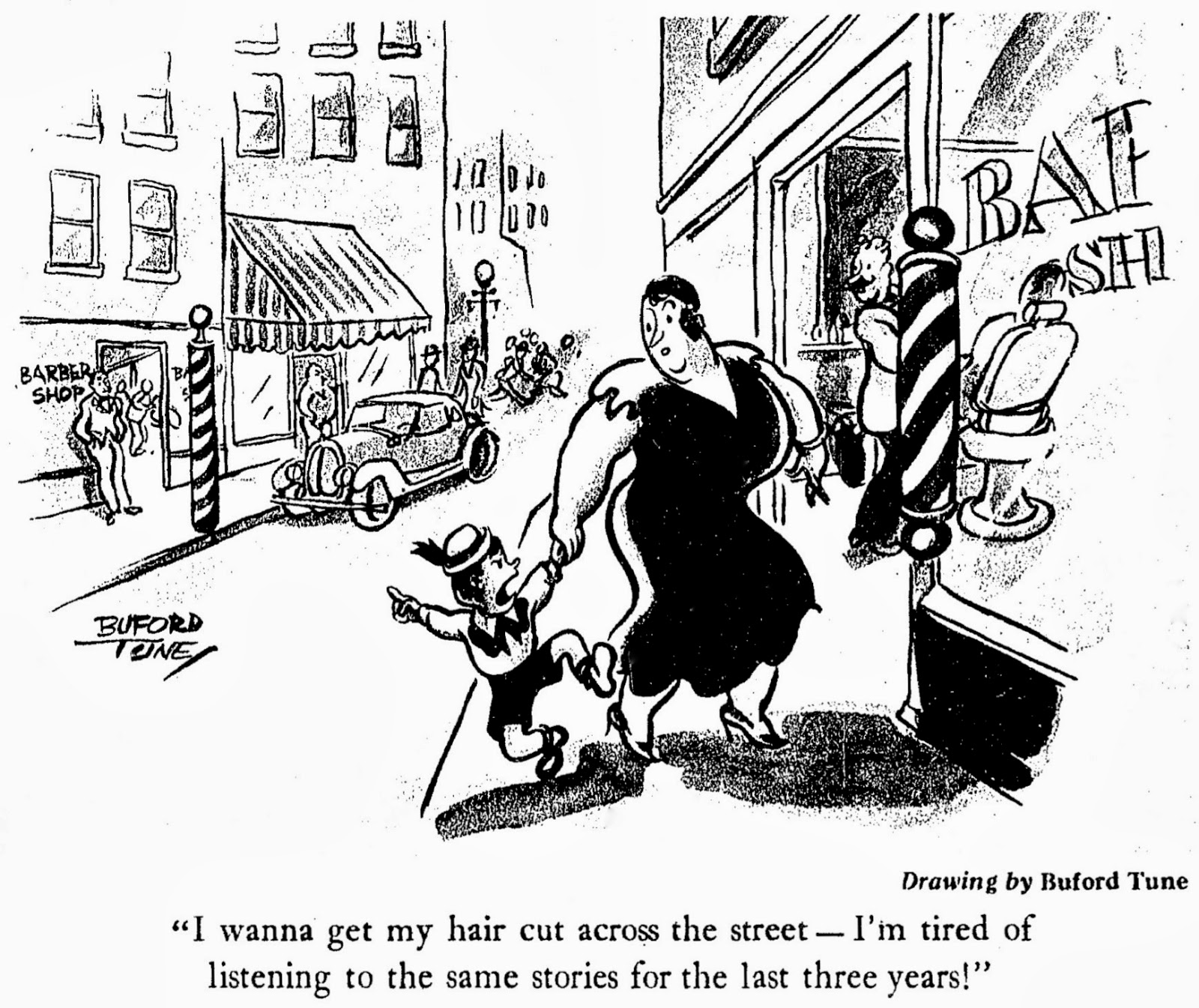 
In 1940, Tune resided in Great Neck, New York, at 22 Hicks Lane. He had two sons, Donald and Bruce. Tune’s occupation was artist in the motion picture industry. A few years later Tune returned to comic strips.

Publishers Syndicate distributed Dotty Dripple which Buford took over from Jim McMenamy on October 16, 1944. The strip began June 26, 1944 and ended June 9, 1974. According to the Morning News, Tune’s family worked on the strip: Sunday page coloring by his wife, and lettering by oldest son, Donald.

Dotty Dripple also appeared in comics books and in its own title.

Some time in the 1940s, the Tunes moved to California. The Seattle Times said: “The Tune home is a sprawling seven-room Monterey bungalow in Los Angeles….”