James Edward “Jim” Seed was born in Toledo, Ohio, on April 14, 1927. According to the 1927 Toledo City Directory his family resided at 1036 Page Street. His birth date was at the Ohio Birth Index at Ancestry.com.

In the 1930 U.S. Federal Census, he lived in Portage, Pennsylvania at 823 Main Street. His parents were Edward, a steamship machinist, and Marie, both Syrian emigrants. His brother, Aniese, was born in Toledo in 1924. They shared the same address with the Haddad family, whose parents were Syrian emigrants, too. At some point the Seeds returned to their old address in Toledo; the 1933 Toledo directory listed his father. According to Seed’s obituary in the Toledo Blade, October 11, 2010, he attended the Sherman Elementary School where his art talent was recognized.

The family was at the same address in the 1940 census. That year Seed’s “…larger-than-life Nativity scene…painted on the window of his eighth-grade homeroom at Sherman…received acclaim. With his pastor’s encouragement, he enrolled in an art course for illustrations and cartooning...He was given a waiver for his age to enroll in Federal Schools Inc.,” according to the Blade. The following year, at Woodward High School, he was awarded first prize for his poster, “Fire Is a Dangerous Playmate”, as reported in the October 9, Blade (below). 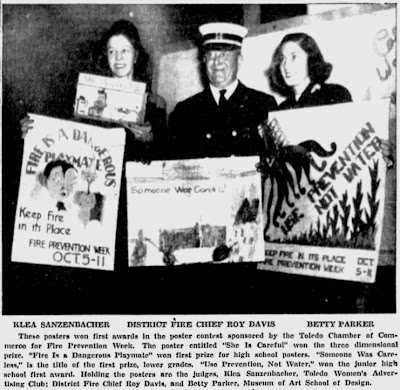 His artwork was featured in the yearbook, Saga-Tattler of 1945. In Tales of Terror, number 2, September 1985, Cat Yronwode talked to Seed and said: “…he had gotten his start as a background inker in Toledo, Ohio when he was a high school student—working for Bill Woggin….” How and when he met cartoonist and Toldeo resident Don Dean is not known. While a senior in high school, Seed inked Dean’s Cranberry Boggs and continued on it while attending the University of Toledo. The strip began January 8, 1945 and ended July 30, 1949. 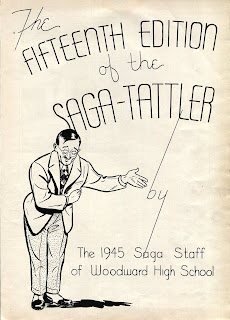 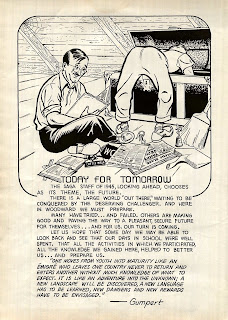 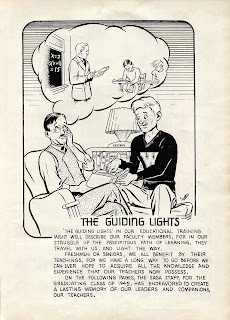 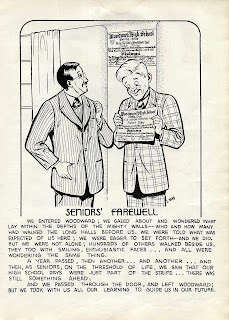 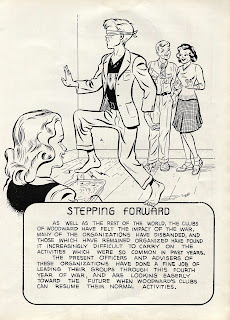 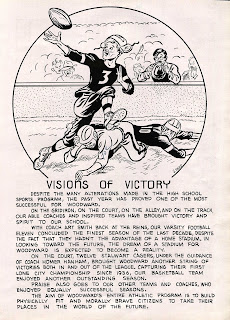 Seed’s wife, Ruth, said he collaborated with Bill Scott on a 1950 comic strip about a chaplain, but that ended when he joined the Army, for two years, during the Korean War. A few years later, he drew the medical strip, Dr. Guy Bennett, which started April 11, 1955 in the Long Island Star-Journal. His involvement ended January 19, 1956; Frank Thorne succeeded him. The strip was conceived and written by Dr. Michael Bennett who used the pen name “B.C. Douglas.”

Sometime in 1955 Seed dropped Bennett to draw Jane Arden, a strip that went unsigned for several months. In the Dallas Morning News, January 20, 1956, the strip was signed “Graham and Seed” but had the old byline “Barrett and Ross”. Seed stayed on through September 3, 1960. The Blade said he contributed, without credit, to “Steve Roper, Judge Parker, and Rex Morgan, MD.” Dr. Guy Bennett was not mentioned in the article and may have been confused with Rex Morgan.

During the 1960s he worked as a studio illustrator and photo retoucher, and taught illustration for two years. He married in 1963.

In the mid-1970s he returned to teaching, first at the Toledo Museum of Art from 1976 to 1979, then Whitmer High School from 1977 to 1999. Arthritis was the reason for his withdrawal from drawing. In the mid-1980s he pencilled and lettered three stories for the comic book, Tales of Terror.

Seed passed away October 9, 2010. His death was reported in the Blade two days later. He was buried at Toledo Memorial Park.

I was wondering how can you tell if a comic strip/character is in the public domain?

Anon --
You're asking the wrong question, I think. What you really want to know is whether you can be sued for using a previously copyrighted character (in p.d. or not). The answer is yes, YES and most emphatically YES! My opinion, no matter how learned it might be, will not keep you from being sued.

Likely one would need to consult an attorney versed in intellectual property, maybe one who specializes in dealing with entertainment law. Maybe the National Cartoonist Society could provide a lead for who has expertise. Copyrights and trademarks are complicated.