Millard Francis Neale was born in Baltimore, Maryland, on July 13, 1885. The date is from Neale’s North Carolina death certificate. His birthplace was found on his World War I, New York military record and mentioned in his obituary which was published in The Bulletin (Augusta, Georgia), November 29, 1947. However, the death certificate said he was born in St. Mary’s County, Maryland.

Information regarding Neale’s early education and art training was not been found. The 1895 New Jersey State Census recorded Neale as the second of four children born to Frank and Catherine. The family resided in East Orange.

In the 1900 U.S. Federal Census, Neale’s family lived in Manhattan, New York City, at 15 West 22nd Street. His father was a broker and he was a student.

According to the 1905 New York State Census, the family remained in Manhattan but at a different address, 25 Manhattan Avenue. Neale was a clerk.

American Newspaper Comics (2012) said Tootsie and Her Cat, Smilax was Neale’s first comic strip, which ran in the New York World from December 27, 1907 to January 23, 1908. Smilax was followed by Dolly Doo Does Her Dad. The Bulletin said he produced cartoons for Puck and Judge magazines. 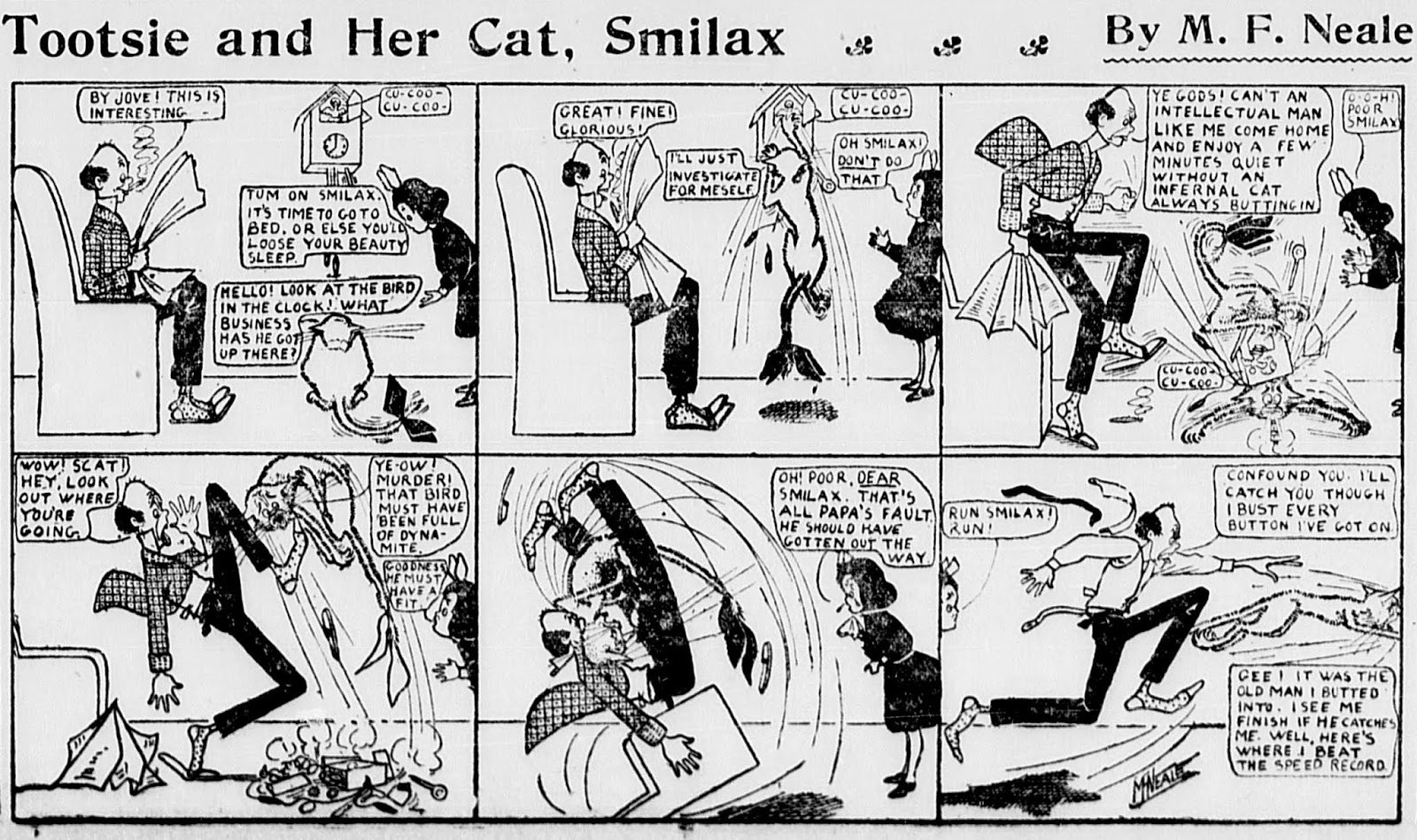 In 1910, Neale’s mother, a widow, was head of the household which included all of her children. They lived in Manhattan at 56 West 104th Street. Neale’s occupation was artist.

He was stationed at St. Peter’s Church, Greenville, N.C., and at the Sacred Heart Cathedral in Raleigh. During the latter appointment he served as secretary to Bishop William Hafey and as vice-chancellor of the Diocese.

He has not been found in the 1920 and 1930 censuses. Raleigh, North Carolina, city directories for 1934 and 1936 said he lived at 5 North McDowell and was an assistant pastor.

The 1940 census recorded Neale at St. Leo’s Hospital, Summit Avenue, in Greensboro, North Carolina. He was the chaplain.

Neale passed away October 17, 1947, in Charlotte, North Carolina. The cause of death was bronchogenic carcinoma. He was buried at Bonnie Brae Cemetery in Baltimore.